Under the Great Bear Sea, a roaring trove of natural treasures

See why conservationists want protection for the Great Bear Sea, one of the world’s most spectacular marine biosystems 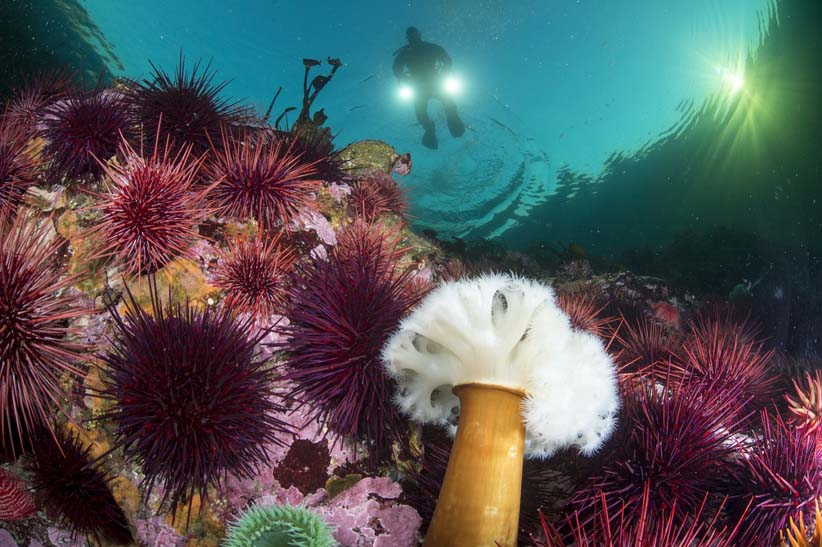 In February, the Great Bear Rainforest agreement was signed by First Nations, the B.C. government and industry groups in order to protect 85 per cent of a vast tract of old-growth temperate coastal rainforest, which extends from the Alaska border down the West Coast to northern Vancouver Island. Yet for Ian McAllister of the non-profit Pacific Wild, such a commitment is urgently needed for the adjacent Great Bear Sea, since its “airborne nutrients, salmon and countless other species are what’s fuelling the productivity of the rainforest.”

He says foreign marine biologists and ecologists marvel at its complex marine biodiversity. Prime Minister Justin Trudeau has instructed his fisheries minister, Hunter Tootoo, to “increase the proportion of Canada’s marine and coastal areas that are protected to five per cent by 2017, and 10 per cent by 2020,” up from 1.3 per cent now.

McAllister hopes the Great Bear Sea will be among those areas chosen. Currently there is shipping and fishing in the area, which could be affected by conservation. “Right now, we have no protection,” McAllister says. “It should be a priority.”

CORRECTION, 6 April 2016: A photo caption originally stated that sea wolves catch and eat herring. It is, in fact, the herrings’ eggs that wolves forage at low tide. Maclean’s regrets the error.