Introducing The Power of One, a new Maclean's podcast 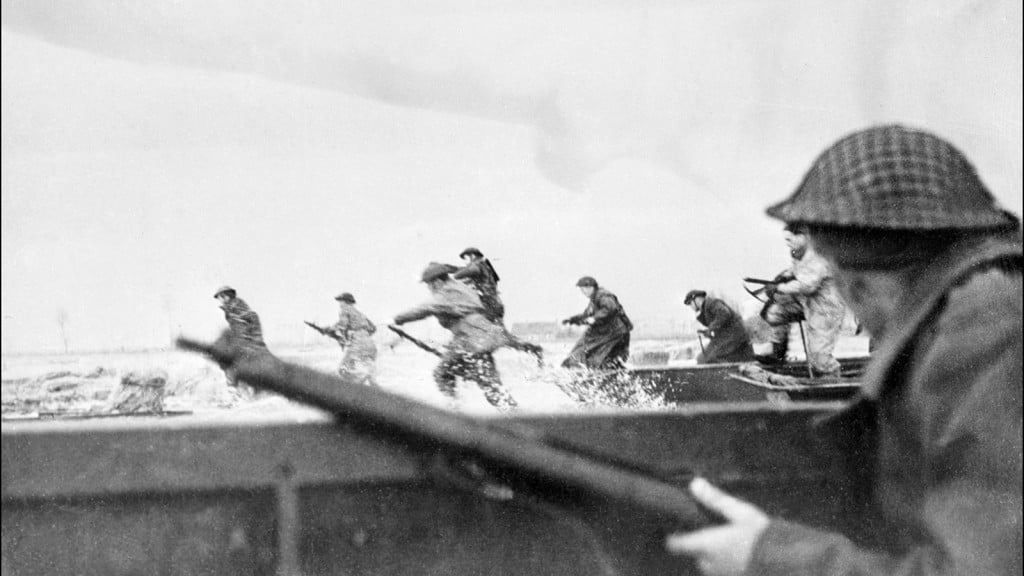 Canadian soldiers landing in Normandy on D-Day. The colourful exploits of Agent Garbo, the subject of our first Power of One podcast, made the invasion possible—and successful (AFP Staff/Getty Images)

How do ordinary people—those who are not born heroes, not destined for greatness—become agents of transformative change?

What brand of fearlessness or idealism or empathy or rage propels them to attempt the impossible?

How, against all odds, do they succeed?

These are the questions that Maclean’s explores in The Power of One, a podcast that debuts today and is devoted to the extraordinary stories of ordinary people whose actions dramatically changed the world for the better.

Over the next few weeks, our host Sarmishta Subramanian will introduce a tableau of unlikely heroes—the woman who went up against the deadliest arms dealers on the planet; the artist who reclaimed a crime-ridden global city for its residents; the world’s least appreciated whistleblower, and more.

The stories are by turns inspiring, devastating, gob-smacking, terrifying and, in some cases, hilarious. In our first episode, listeners meet Agent Garbo, the daring and fantasy-prone double-agent who played the Nazis so brilliantly during the Second World War that they were unable to repel the Allied invasion of Normandy.

The series, produced in partnership with the Frequency Podcast Network, is brought to you by the latest season of Tom Clancy’s Jack Ryan, available only on Amazon Prime Video.

Listen to a preview here:

FILED UNDER: Editor's Picks Instagram podcasts The Power of One