Snakes on the plains: Inside the Narcisse snake pits 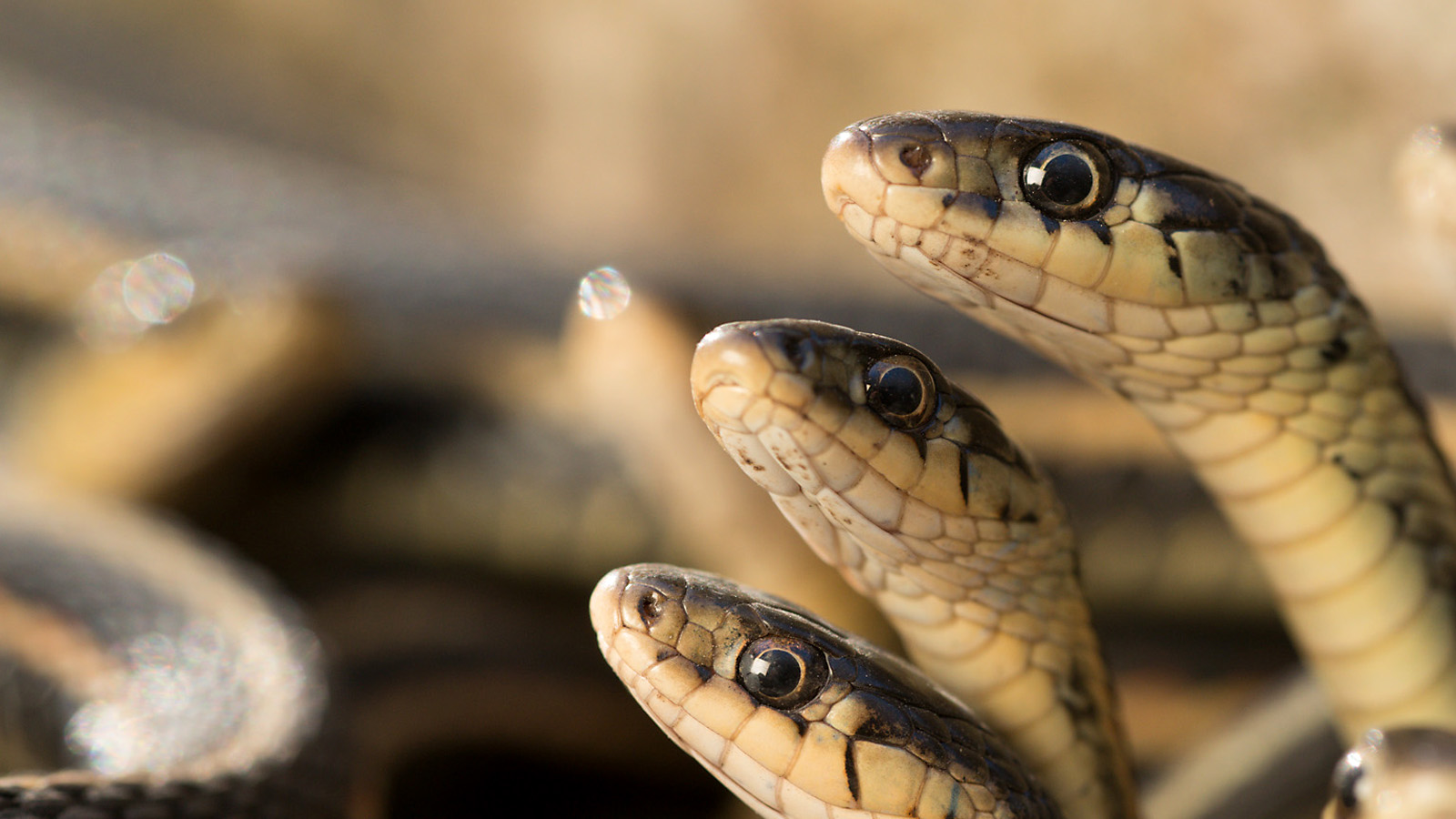 Leslie Anthony was six years old when his obsession with snakes began. Since then, he’s gone on to acquire a Ph.D. in biology and write the book Snakebit: Confessions of a Herpetologist. But even he wasn’t prepared for the hissing orgy at the Narcisse Snake Pits in Armstrong, Man. “It’s something I had wanted to see since I was a very young kid, but when I actually did see it, you can’t prepare yourself for the impact,” the 56-year-old, Whistler, B.C.-based writer said of Narcisse, and the series of limestone caverns that every spring are a mating ground for tens of thousands of red-sided garter snakes, the largest such gathering in the world.

The Narcisse Snake Pits are something of a miracle of coincidence. There are very few ideal den locations for hibernation available in the region, but in Narcisse, the subterranean crannies are well below the frost line. The limestone at the surface–which reflects light in the spring—provides warmth in mating season. In fact, so favourable is Narcisse that snakes will travel as far as 20 km and overcome obstacles like highways (where every year hundreds die, despite fencing intended to funnel them safely elsewhere) to mate at Narcisse. There, the males wait for the females to awaken, who then release pheromones that touch off a bacchanalia lasting two or three weeks, with tens of males teeming onto each of the females, seducing them with chin-rubbing, and latching on in mating balls.

“It’s one of the wonders of the world, in terms of animal aggregation,” said Anthony, still clearly in awe. “That much life, all in one place, is something incredible.”