The Maclean's Genius explains how he solved the Singapore puzzle

That brain teaser about Cheryl's birthday that's stumping everyone? Peter Dyakowski solved it in the gym. Here's how. 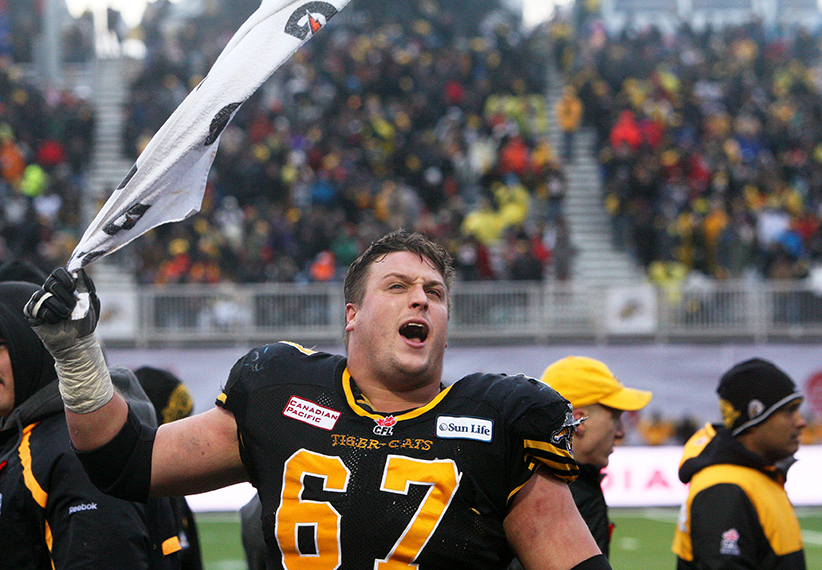 The Ti-Cats’ Peter Dyakowski gets the crowd going during fourth-quarter CFL Eastern semi-final action between the Montreal Alouettes and the Hamilton Tiger-Cats in Guelph, Ont., in November 2013 (Dave Chidley/CFL/CP)

Well, we don’t call him our Genius for nothing. Peter Dyakowski, who bested the field in CBC’s Canada’s Smartest Person contest in 2012, and whom you can challenge every week to our Maclean’s Quiz—be warned, he sets the bar very high—took a crack at the mind-boggling math question tweeted by Singapore media personality Kenneth Kong: When is Cheryl’s birthday? 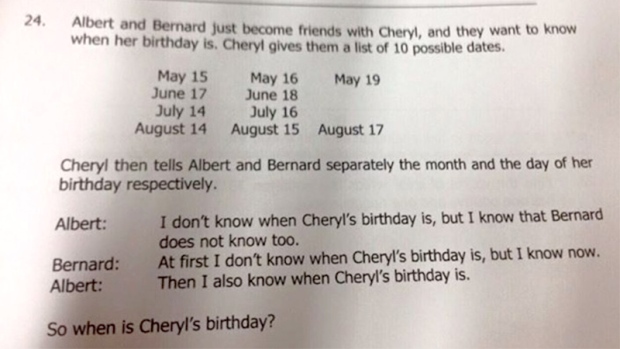 With help from his friends in the Hamilton TiCats organization—yes, he is also a lineman in the Canadian Football League—Dyakowski breaks down how he figured out this puzzle (while at the gym, no less). Watch the video below as puzzles meet the pigskin: