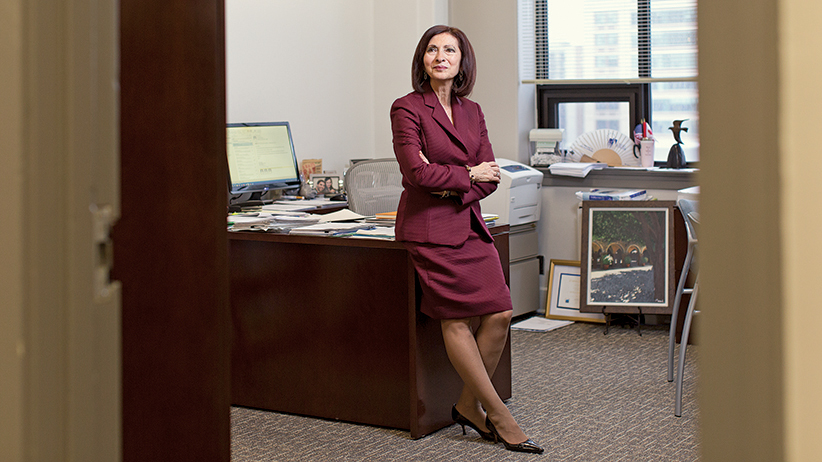 Michael Cooke, Ann Cavoukian and Stephen Scherer all made it into our initial unveil of the 2014 Maclean’s Power List, which we are beginning to unveil today—checking in at 37th, 36th and 35th respectively. Here’s their thoughts on power, and what superpower they would have, if they could choose one.

For many, science is seen as a kind of higher, sacred sanctum of knowledge, far away from the profane world of power and politics. And yet, for Stephen Scherer—who co-founded and leads Canada’s first genome lab in Toronto’s Hospital for Sick Children and whose paradigm-shifting research has him touted as an inevitable Nobel prize laureate—the lab isn’t too different from the hockey rink.

“I have a son who’s quite into hockey, so I hang around with the hockey dads, and no one’s in science. And some of them are very successful people,” said Scherer, 50. “But whenever I talk to them I say, ‘There’s nothing as competitive as science.’ ”

Scherer was a talented hockey player in his day, playing forward for championship squads in high school, but Canada is better for his career shift. He was part of the research team that, in 2004, discovered copy-number variation in DNA, detonating the long-held belief that very little of our genetic makeup could differ. That game-changer has since helped Scherer ﬁnd copy-number variations that could cause genetic diseases; just this year, he unlocked a potential “autism formula” that will help spur more reliable identification from an earlier age, when intervention is most effective. In September, he earned a spot among only four Canadians on this year’s Thomson Reuters citation laureates list, which has correctly predicted 35 Nobel winners in the last 12 years. “If I accomplish nothing else in my life, being on that list is unbelievable,” he says.

Of course, Scherer’s drive precludes that possibility, fuelled by a field where academic peers double as competitors for research-grant dollars. Despite the honours and his prolific output—he’s published more than 400 papers and been cited in more than 30,000—he still puts in 100-hour weeks, reminding himself of the value of his work every time he walks through the doors at the hospital. “You really can’t rest on your laurels. In a way, I kind of like that,” he says. “It’s sort of a sick thing to say, but it never ends in your life.”
And while turning 50 would consign most athletes to retirement, it’s clear Scherer isn’t ready for the emeritus status that comes with science’s highest honour. “Nobel prize-winners will all tell you that once you win, your life changes: you become a public figure, you give talks. So ideally for me, I’d actually win it 10 years out, because of my age.”

To get there? Well, it’s just like in hockey, he says with a laugh: “The key thing is to stay healthy.” — Adrian Lee

Long before her high-profile 15-year tenure as Ontario’s information and privacy commissioner came to an end earlier this year, Ann Cavoukian had solidified her reputation as an international expert on Internet-era intrusions into our private lives. Her Privacy By Design framework, with its seven foundational principles, such as embedding privacy into the design of IT systems, was recognized in 2010 as the global privacy standard. It has since been translated into 37 languages.

A workaholic by nature, Cavoukian opted not to take a break after her three terms as Ontario privacy commissioner, but instead took on a new role at Ryerson University as executive director of the Institute for Privacy and Big Data. With the public’s ongoing concerns about online security and identity theft, Cavoukian’s next chapter will be to demonstrate that acquisition and analysis of mass data sets can coexist with personal privacy. After all, she’s already created the framework. — Aaron Hutchins

In the five years since he was hired as editor of the Toronto Star, Michael Cooke has overhauled the once-plodding daily and turned it into a relentless powerhouse that sets the bar for investigative reporting in Canada. From dirty doctors to Rob Ford’s crack smoking to Jian Ghomeshi’s alleged sex assaults, Cooke’s mission to blow the lid off corruption and deception has the country taking note. His newspaper wins prestigious journalism awards—this year, the Micheners—but more important, it pushes the national agenda on issues of public policy and abuse of power. Born and raised in a small village in Lancashire, England, he took on the local fox hunt in his first gig as 17-year-old cub reporter, setting the tone for the rest of his career. After immigrating to Canada in 1974, he had stints at papers across the country before moving south of the border to the Chicago Sun-Times and New York Daily News. His investigative team is the envy of Canadian journalists, and word is he’s looking to expand its reach to Ottawa. Parliament Hill, you’ve been warned. — Rachel Browne