A Jehovah’s Witness and her deadly devotion

Did a Jehovah’s Witness die after refusing a blood transfusion, and should the state have let it happen? 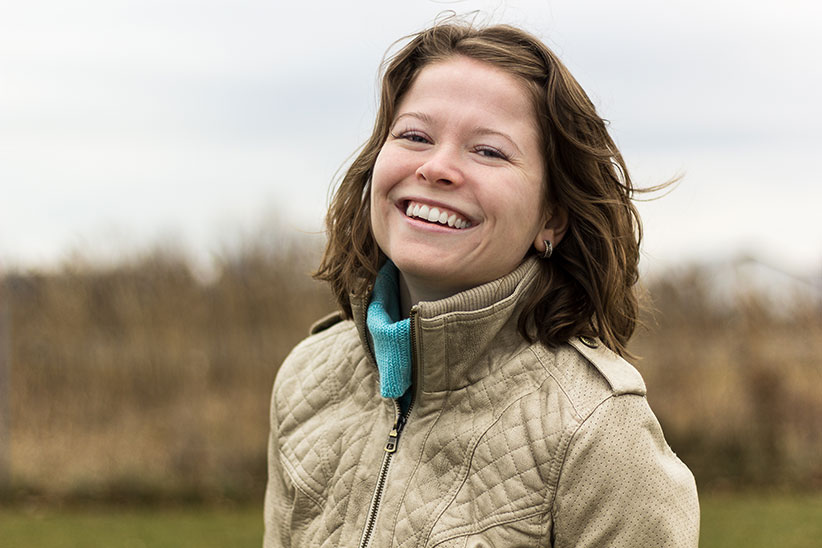 Éloïse Dupuis had a foot in two very different worlds. She liked makeup, smartphones and, as a teenager, had a crush on a boy. She went to the cinema—the Twilight movie series was her favourite—and babysat the triplets who lived down the dirt road from her house in the town of Ste-Julienne, a village about 70 km northeast of Montreal. She shopped: Sport Experts for Pumas, the pharmacy for cosmetics, Joshua Perets for most everything else.

The other part of her life was often in contradiction to the first. The only child of practising Jehovah’s Witnesses, she wasn’t allowed to go to the movies. (Twilight, with its focus on vampires and blood, was particularly verboten.) The boy in question from her youth “caused a problem” because he wasn’t a Witness, says her friend Cassandra Zélézen. They were forbidden from seeing one another.

On Oct. 6, Dupuis, then 27, entered a birthing centre in the Quebec City suburb of Lévis. Six days later she died in hospital shortly after delivering a baby boy. Attention has focused on whether Dupuis, who practised the rituals and attended the services of the Jehovah’s Witnesses, ultimately invoked one of the Church’s chief tenets: refusing a blood transfusion, even if it might have saved her life. 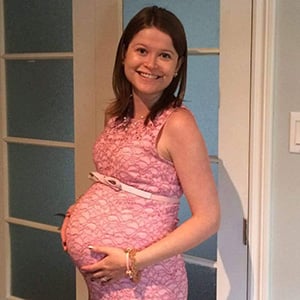 And in a province often struggling with how to legislate what (mostly Muslim) women can wear in public in the name of religion, the case of Éloïse Dupuis is more vexing. Many Quebecers now wonder if the state should be able prevent consenting, otherwise healthy adults from adhering to a potentially deadly (and very Christian) belief in the sanctity of one’s own blood.

While the church wouldn’t say whether Dupuis refused a blood transfusion, Quebec’s health minister confirmed as much when he said in the National Assembly that Dupuis “had given informed consent . . . free of external pressure” several times throughout her ordeal.

Her non-Jehovah’s Witnesses family members and friends believe otherwise, saying Dupuis had an emergency hysterectomy (a result of complications during childbirth) and was subjected to an induced coma that, by its very nature, prevents consent of any kind. “For six days they watched her die,” says Manon Boyer, Dupuis’s aunt. Zélézen, one of the triplets Dupuis babysat, says she learned about Dupuis’s imminent death by reading messages of condolence from Jehovah’s Witnesses on Facebook. She and her sisters rushed from Montreal to the hospital in Lévis, where nurses told her that Dupuis had minutes left to live.

“When we got there, three men from the Church, one who was all in black, blocked us from going into the room,” Zélézen says. “Five minutes later she was dead. Everyone who came out of the room was a Jehovah’s Witness.”

This included Éloïse’s father, Alain Dupuis, who is an elder in the church, as well as her second husband, Paul-André Roy. According to Zélézen, Roy told her that Dupuis had drifted in and out of consciousness, and had at one point said that she “was lacking air.” Roy, according to Zélézen, also said that shortly after her hysterectomy, Dupuis wrote him a note that said, “Don’t worry, we can always adopt.” (Roy didn’t respond to an interview request.)

Whether or not Éloïse was able to provide consent, this much is clear: the moral and practical dangers of accepting blood transfusions had been taught to her at a young age. The Jehovah’s Witnesses cite various Bible tracts in forbidding its members from accepting blood transfusions. “It is more important to obey Jehovah than to try to extend our life by disobeying him,” reads a section on the group’s website. According to former Witness Marilou Lagacé, who spent 25 years in the Church, receiving a blood transfusion can often lead to excommunication.

All Church members typically sign an “Advance Decision to Refuse Specified Medical Treatment,” outlining their wish to refuse blood transfusions. As well, the Church carefully follows expectant mothers in its flock to ensure its prohibition of blood transfusions is enforced. According to one document obtained by Maclean’s, on Sept. 3 the Church reminded its “brothers” that the Church’s “Care Plan for Women in Labour Refusing Blood Transfusion” was to be given to expectant mothers.

“After your discussion with the sister and her husband, they will no doubt be better prepared to obtain good medical care and also uphold Jehovah’s law during this happy time of their lives,” the letter reads. It was sent to the Church elders as well as “circuit overseers” and “all hospital liaison committees” (HLC). An HLC was present at Dupuis’s hospital room, at the family’s request, according to Church spokesperson Simon Picard.

“If a doctor informs a Witness patient that transfusion is the only therapy he or she is familiar with in a given clinical situation, the patient can ask for consultation with a member of the HLC. They can then provide medical information from leading medical journals regarding the medical and surgical management of patients without blood transfusion,” says Picard.

Another Jehovah’s Witnesses document urges expectant mothers to inform their doctors that they are a “higher-risk patient” because of the refusal to accept blood transfusions. “If she senses that the doctor will not be co-operative to her stand on blood, the sister should inform the elders right away. In such a situation, the elders should contact the HLC to report the situation and to locate a co-operative doctor,” the document reads. (Picard wouldn’t comment on the document, obtained by Maclean’s.)

Under Quebec’s Civil Code, patients who are of the age of majority have every right to refuse medical care. “The three components of informed consent are full information, competence and lack of coercion. If any one of these is absent, then there is no informed consent,” says Daniel Weinstock, director of the McGill Institute for Health and Social Policy. (He spoke on general legalities, not on the specific case of Éloïse Dupuis.) “The fact that a religious conviction is at the basis of refusal is not considered as a basis to invalidate a refusal of treatment, unless there is evidence of coercion or brainwashing.”

Despite Dupuis’s death, there has been no government push to limit a patient’s ability to reject a blood transfusion. Such a thing would arguably impinge on freedom of religion—and would almost certainly be challenged by the Church. (In Quebec, freedom of religion is hardly sacred, though. The previous Parti Québécois government attempted to prohibit the wearing of “conspicuous” religious attire by provincial public servants. Quebec’s National Assembly is currently debating a less stringent version of a bill that would nonetheless compel anyone giving or receiving a government service to do so with their face uncovered.)

Instead, Quebec’s opposition parties say hospitals should be given tools to reduce the chances of coercion within their walls. “Hospitals need to have the right to control who has access to hospital rooms,” says Simon Jolin-Barrette of Coalition Avenir Québec, the province’s second opposition party. “It’s a question of public order. No one other than the hospital should have the right to block people from entering hospital rooms.”

The province’s coroner has launched an inquiry, which will look into the cause of Dupuis’s death and the circumstances surrounding it. Though motherless, Dupuis’s baby is healthy. His name is Liam, so named after his mother.