Fox News and others have begun focusing on the Canadian government's $10.5 million compensation payment to Omar Khadr 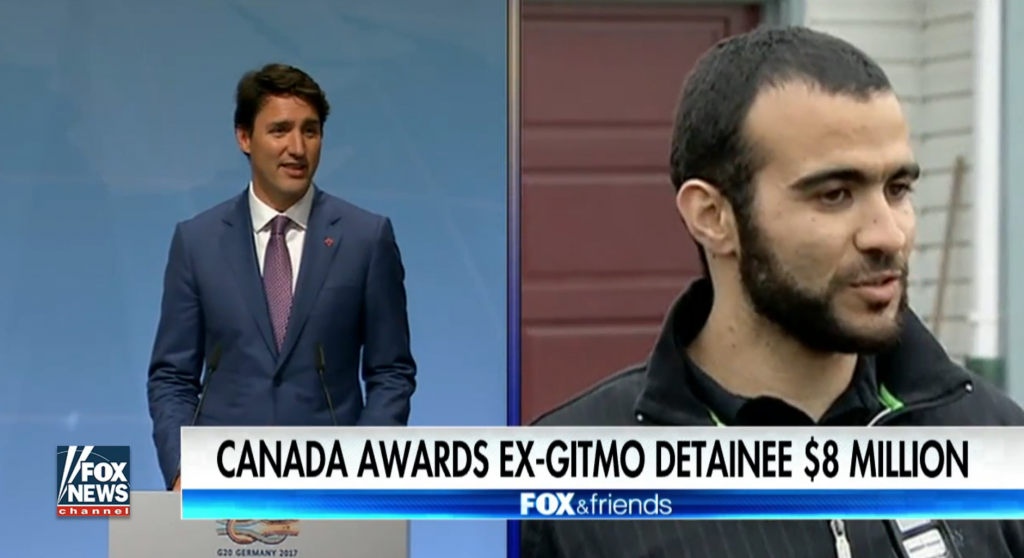 WASHINGTON – The federal payout to Omar Khadr was a big story in some conservative U.S. media outlets Monday, after nearly two weeks in which it had garnered barely a whisper south of the border.

It was the subject of a condemnatory national newspaper column, the top story on the Fox News website, fodder for cable-news chatter on Fox and a huge surge in interest by Americans online.

“This story is repulsive,” said a Fox News host. To which former pizza entrepreneur and presidential candidate Herman Cain replied: “It is a pathetic interpretation of the law. Canada basically rewarded a murderer.”

The burst of attention started with a Wall Street Journal piece by a Canadian opposition MP.

The item began with a description of Khadr killing an American army medic, Christopher Speer, when he was 15 years old and fighting alongside al-Qaida in Afghanistan. It explained how Khadr won a court fight in Canada over how he was treated by Canadian intelligence officials while detained at Guantanamo Bay, was repatriated to Canada, released on bail and sued the Canadian government for $20 million for violating his rights.

The Ontario MP criticized the Trudeau government for settling with Khadr, while the victim’s family got nothing.

By Monday afternoon, the issue was the No. 1 story on the Fox News website.

Google searches for Khadr’s name were up more than 700 per cent Monday in the United States from the previous day, according to Google Trends.

The Fox News panel featuring Herman Cain didn’t delve too deeply into the fine points of the legal case. But one panellist raised the possibility that there was more to the story: “This is obviously a disgusting story,” she said. “But what do you do? Is there any other option under the law?”

Last week, Prime Minister Justin Trudeau said the Khadr issue had not come up in any meetings with U.S. state governors during a conference in Rhode Island.

But this issue appears to have penetrated the recent bipartisan detente in Canada when it comes to relations with the U.S. The parties have been less critical of each other, even maintaining a united front entering Canada-U.S.-Mexico trade talks. Lawmakers from different parties, for example, joined Trudeau in Rhode Island.

Michelle Rempel: "Most Canadians are absolutely outraged about this." https://t.co/2g1B3OC97t #Tucker pic.twitter.com/sJhWMOx8IX