Are hybrid super-ticks breeding in Canada?

The Lone Star tick, which can make you allergic to red meat, is getting lots of ink. But a greater threat could be procreating right here in Canada. 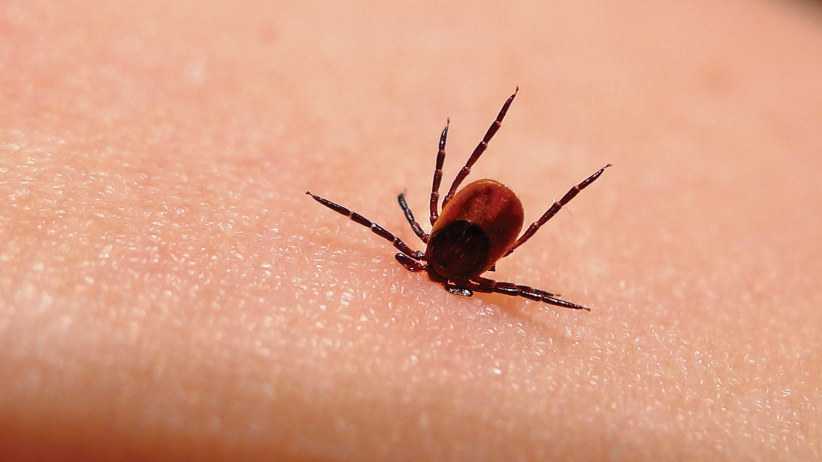 Canadian or American? A black-legged tick at work

American black-legged ticks are aggressive; Canadian ticks can survive the cold. The two nationalities have begun mating, some say, and their offspring are minuscule—but highly adaptable—monsters.

“The last thing we need is black-legged ticks that really don’t die off,” says Vett Lloyd, a biology professor at Mount Allison University in New Brunswick. “It turns out ticks are quite promiscuous.” While Canadians fret about an infamous species called the Lone Star tick, which drools into victims and can make them allergic to red meat, the country could face more serious tick trouble with hybrids. Hybridization is controversial, as some scientists say it doesn’t occur, but Lloyd is not alone in warning that Canadians need to beware of ticks 2.0.

Lone Star tick stories are going viral online, but “they’re certainly not run amok as of yet,” says Lloyd. “I think just because it’s quirky. Meat is something to talk about.” Named after a white dot on the backs of females, the Lone Star transmits through its saliva a type of sugar known as Alpha-Gal, which primates don’t naturally produce, and which tricks the immune system into reacting against mammalian meat. When Lone Stars bite a single victim multiple times, the person might eat red meat, and three to six hours later, enter anaphylactic shock, once the meat meets the intestines.

While doctors in Alberta and the Maritimes only report a handful of Lone Star cases, Lloyd worries about an abundant hybrid species she says has turned up in New Brunswick. Its genes partly belong to the American black-legged tick, which migrates north on birds, and which often targets humans while carrying Lyme disease, life-threatening bacteria and “a whole host of other nasty things.” The tick is cross-bred with local breeds in the Maritimes, which are cold-hearty enough to survive snow. The hybrid might not grow larger than its parents, but Lloyd says it could grow in number each year. She hasn’t quantified the size of its population, but she says, “it’s viable. It’s fertile.”

Along interstate highways in Alberta, drivers often let their dogs out to pee during road trips and end up trafficking ticks between provinces, says Janet Sperling, a PhD candidate in entomology at the University of Alberta. The result is a meeting point between B.C. wood ticks, which thrive from April to May, and Saskatchewan wood ticks, which live until July. Sperling worries that hybrids will live through both seasons, making them harder to avoid. “People are moving these ticks around with their dogs and creating these hybrids,” she says.

But Neil Chilton at the University of Saskatchewan has found that wood ticks live “in sympatry” with each other, meaning they co-exist in overlapping regions but as distinct species. Chilton’s lab couldn’t be reached for this article, but Sperling says his research team speaks strongly against hybridization. “They say, ‘no, they never, never, ever, ever hybridize.’”

Sperling hopes to prove otherwise. “I have this wonderful collection of ticks,” she says, noting her freezer full of thousands of vials. She asks people to send her ticks they’ve pulled off their dogs, and she stores them to analyze their genes.

The identified hybrids don’t yet have names, but the more diversity, the more resilient they will be. “In terms of genes,” Sperling says, “these guys have a lot of variety, which gives them opportunity to use their genes for good or for evil.”