Author Joseph Boyden, embroiled in controversy about his heritage, will no longer appear at two upcoming events 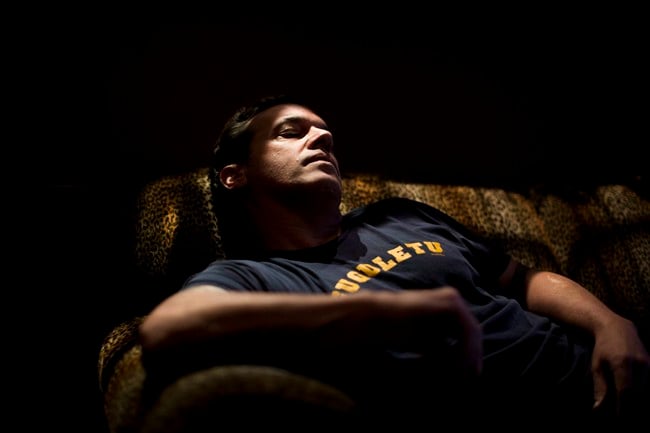 Joseph Boyden is photographed in Toronto on Thursday, October 20, 2016. As controversy swirls over author Boyden’s indigenous heritage, the city of Edmonton has cancelled his scheduled appearance at a conference next month. THE CANADIAN PRESS/Chris Young

TORONTO – As controversy swirls over author Joseph Boyden’s indigenous heritage, his scheduled appearances at a couple of events have been cancelled.

The University of Ottawa says Boyden has backed out of the Restorying Canada conference, helmed by the school’s Institute of Canadian and Aboriginal Studies, which is set for May.

“Mr. Boyden informed us that he has chosen to concentrate on his writing and spending time with his family. He therefore withdrew from the Restorying Canada conference. We respect his decision,” the university said in a statement Thursday.

Meanwhile, the City of Edmonton has cancelled his scheduled appearance at a conference next month.

The city-sponsored Winter Cities Shake-Up says it made the decision after much thought and “many conversations with local indigenous leaders.”

Boyden signed on to speak about winter culture at the event before the Aboriginal Peoples Television Network launched an investigation into his heritage late last month.

APTN reporter Jorge Barrera’s piece, which questioned claims of indigenous ancestry Boyden has made throughout his life, has sparked a firestorm of debate on social media and made international headlines.

Last week, the Canadian novelist released a statement saying his heritage isn’t neatly laid out in official records but instead rooted in stories told by his family.

The Scotiabank Giller Prize winner behind “Through Black Spruce” described himself as “a white kid from Willowdale with native roots.”

An official with Winter Cities Shake-Up says they didn’t want Boyden’s appearance to take away from the focus of the conference, which is on improving the quality of life during the season through design, culture and business.

“We did speak with him last week about, in light of the controversy, how he might amend his presentation and he was very understanding of the focus of the conference being on winter,” Susan Holdsworth, chairwoman of Winter Cities Shake-Up, said Thursday in a phone interview.

The city paid Boyden a deposit for his appearance, Holdsworth added. She wasn’t sure how the cancellation would affect that or any other fee he may have been promised.

“We’re still working out the details with his agency, so I can’t comment on that just yet,” she said. “I don’t know how exactly that will work out.”