AstraZeneca is likely the next vaccine coming to Canada. What do we know about it?

Vaxx Populi: It's relatively cheap to make and easy to store. But getting timely deliveries of this vaccine may be a problem. 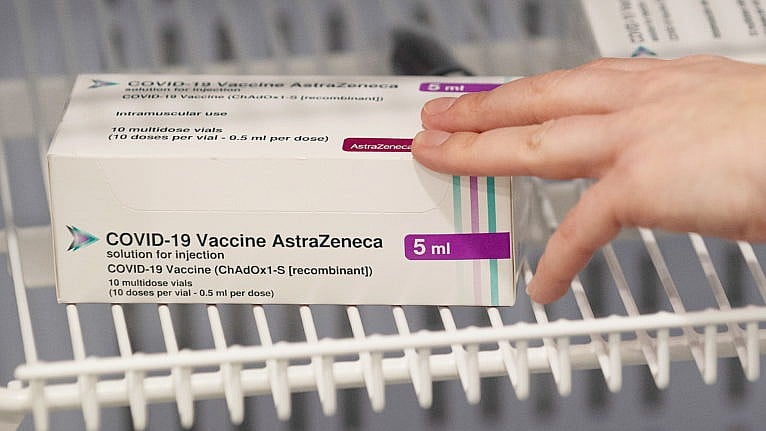 A few hours after the European Union authorized the AstraZeneca/Oxford University COVID-19 vaccine on Friday, Jan. 29, Health Canada issued a press release, saying that it was “currently completing its review of the submitted [AstraZeneca] data and expects to make a decision on the authorization of the AstraZeneca vaccine in the coming days.”

Canada is part of a collaborative process with the European Medicines Agency that allows regulatory authorities to “share information throughout the scientific review.” The regulators are using “rolling reviews,” meaning they begin evaluating data as it becomes available from the manufacturer, instead of waiting to receive a complete dossier before starting their work.

RELATED: Should I be wearing two masks?

AstraZeneca formally submitted its COVID-19 vaccine to Health Canada for approval on Oct. 1. The vaccine has already been approved for use in the EU, Britain, Mexico and a dozen other nations, but other approvals, including in Canada and the United States, are taking longer.

In part, that’s because some of the vaccine’s trials (in Britain, Brazil, South Africa and the United States) are still continuing, including a 30,000-person phase-three trial in the U.S. that is expected to end in March. As well, some volunteers in an early trial were inadvertently given only half of their first doses, which complicated analysis of the data.

How many doses of the AstraZeneca vaccine do you need?

Two doses, a minimum of 28 days apart (though it can be up to 12 weeks in Europe.) Also, new analysis, in the efficacy section, supports a longer period between doses.

There are a lot of numbers being bandied around. Here are the top ones:

This result shouldn’t be underestimated, experts say. “I don’t actually care about infections. I care about hospitalizations and deaths and long-term complications,” Dr. Ashish Jha, the dean of the Brown University school of public health, told the New York Times. In addition, the Times noted that, “of the roughly 75,000 people who have received one of the five [vaccines from Pfizer, Moderna, AstraZeneca, Novavax and Johnson & Johnson] in a research trial, not a single person has died from COVID, and only a few people appear to have been hospitalized. None have remained hospitalized 28 days after receiving a shot.”

Does the AstraZeneca vaccine prevent transmission of COVID-19?

This has been an unanswered concern for all of the vaccines, and a reason why those vaccinated still wear masks so as to protect others.

Initial results look promising, as the authors of The Lancet’s Feb.1 analysis of the AstraZeneca/Oxford vaccine report a 67 per cent reduction in transmission of the virus after the first dose of the vaccine, “based on swabs obtained from volunteers in the U.K. arms of the trial.”

It’s a cheap vaccine that is relatively easy to make, and has standard refrigeration storage requirements, unlike the ultra-cold freezers needed to store Pfizer and Moderna versions.

As of now, there isn’t much data on how well it works with seniors. The European Union has authorized it for use for all adults; France and Germany say it shouldn’t be given to their residents who are 65 years and older. As well, it’s still unclear how well it protects against new variants.

How many doses of AstraZeneca has Canada ordered?

Well, yes, there are a few. For one, trials are still being conducted, so the pooled efficacy rate will likely change. Also, there’s the outstanding question of how well the vaccine will hold up against new variants such as B.1.1.7 and experts want to see more data on its efficacy for seniors.

And then there is AstraZeneca’s fight with the European Union. The EU was furious when, in late January, AstraZeneca suddenly announced it was cutting its delivery of doses to the EU by 60 per cent in the first quarter of the year. AstraZeneca has been struggling with manufacturing and supply problems; in particular, it has apparently been getting different yields and productivity from its plants, which resulted in lower vaccine production, the company’s president admitted.

The European Union reacted by threatening to impose export controls for the vaccine. A pressing concern for Canada is that Europe’s actions may impact our vaccine deliveries, including from Pfizer. If Canada’s doses of the AstraZeneca vaccine come from Europe, then there will be concerns as to whether the EU will allow those shipments.

On Jan. 27, Prime Minister Justin Trudeau talked about the issue with European Commission President Ursula von der Leyen, who “provided assurances that the proposed European Union vaccine export transparency mechanism is not intended to disrupt exports of vaccines to Canada,” according to the official readout of the call.