The state of emergency will remain in effect for 14 days 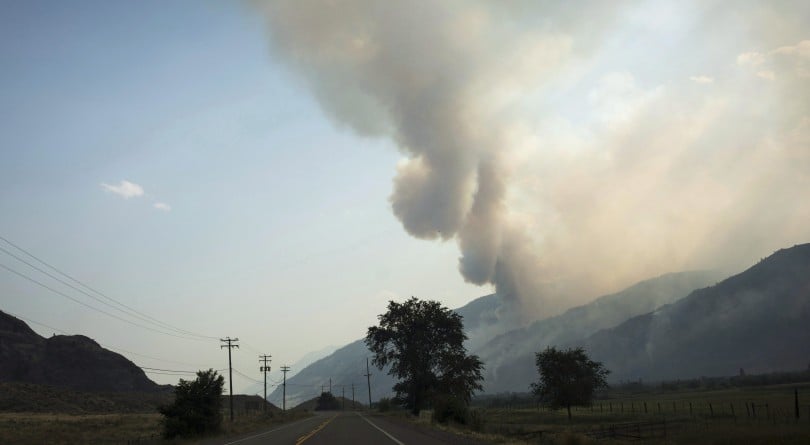 The Snowy Mountain wildfire, currently the largest in B.C., is visible from Cawston, B.C., Thursday, Aug. 2, 2018. THE CANADIAN PRESS/Melissa Renwick

VICTORIA — The British Columbia government has declared a provincial state of emergency to support the response to the hundreds of wildfires burning across the province.

The state of emergency will remain in effect for 14 days, but can be extended or rescinded as necessary.

Public Safety Minister Mike Farnworth says the state of emergency applies to the entire province and ensures federal, provincial and local resources can be delivered in a co-ordinated manner.

Farnworth declared the emergency based on recommendations from the BC Wildfire Service and emergency management officials.

The province says 566 wildfires were burning across B.C. as of Tuesday, with evacuation orders covering more than 1,500 properties and affecting about 3,000 people.

The wildfire service says more than 1,800 wildfires have been recorded since the season began on April 1, charring nearly 3,800-square kilometres of timber and bush.

Farnworth says he ordered the provincewide state of emergency to protect public safety.

“As wildfire activity is expected to increase, this is a progressive step in our wildfire response to make sure British Columbia has access to any and all resources necessary,” Farnworth, who is also the province’s solicitor general, says in a news release.

The federal government has approved the deployment of about 200 members of the Armed Forces to help with firefighting efforts, and the province says those troops are expected in the coming days.