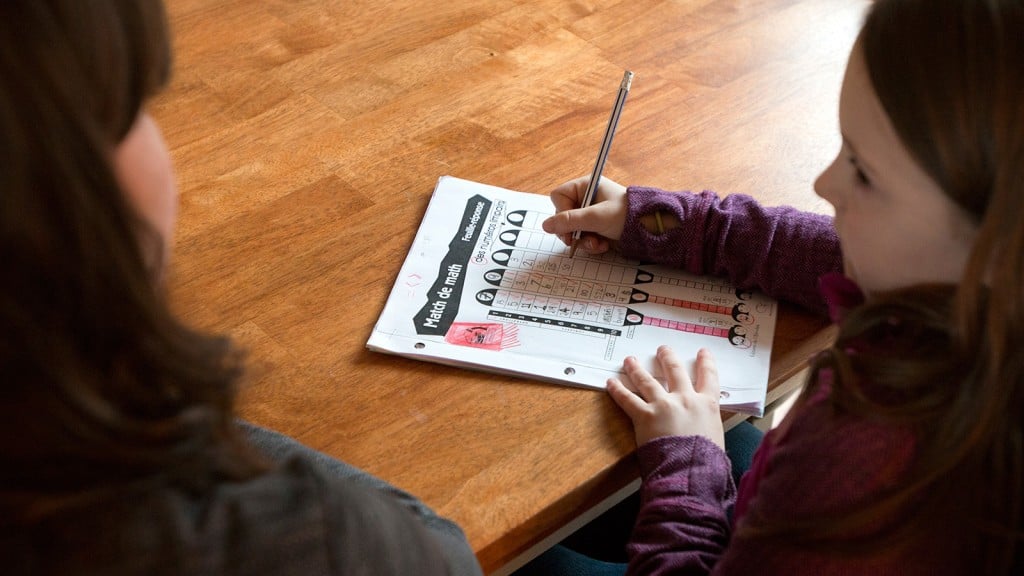 Second-grade French immersion student Alyvia Spencer does her homework with her mother, Hannah Spencer, in their Salmon Arm home. (Photograph by Mikael Kjellstrom)

OTTAWA – The share of the population that can speak both of Canada’s official languages hit an all-time high in 2016, Statistics Canada reported Wednesday in its latest batch of census numbers — a modest shift upward in a rate that has barely budged over the last 15 years.

The bilingualism rate in Canada reached 18 per cent in the 2016 census, and two-thirds of the growth in the bilingual population was attributed to Quebec, even though the reported rate of bilingualism increased in most provinces and territories.

The bump in bilingualism, however, was outpaced by the number of people reporting no knowledge of either English or French.

Knowledge of both French and English rose by 7.9 per cent between 2011 and 2016, the census found, but the number of people who knew neither tongue increased by 8.9 per cent over the same time frame, with sharp increases coming in particular from those over the age of 65.

Experts suggest that an increase in the number of recent immigrants, particularly those arriving under the family or refugee programs, might explain why the proportion of people who report knowing neither language is rising faster than those who speak both.

The results could be problematic for seniors who don’t speak either English or French and have to rely on family for help, said Mark Rosenberg, the Canada Research Chair in Developmental Studies at Queen’s University in Kingston, Ont.

Seniors who can’t communicate are likely to have more health issues and be socially isolated, Rosenberg said, underlining a need for better language training for older immigrants, rather than just for children or those of working age.

“Some people think about all of this in terms of integration. I’m not one of those people,” Rosenberg said.

“I think of this in terms of giving people the complete range of opportunities to take advantage of what Canadian society or what Canadian cities have to offer.”

The census data released Wednesday showed that more than 7.7 million people reported a mother tongue that was neither English nor French; the Filipino language of Tagalog was the fastest-growing language, followed by Arabic, Farsi, Hindi and Urdu.

The jump in Tagalog can be linked to the high number of immigrants from the Philippines, which has been a top source for immigrants to Canada over the past five years.

Far more people reported speaking Mandarin and Cantonese than any other immigrant language, a result that Statistics Canada attributes to changes in the questions it asks about Chinese languages.

Wednesday’s latest tranche of census data offers a tantalizing peek at Canada’s ethno-cultural diversity, a picture that’s sure to come into sharper focus later this fall when the statistics agency releases its findings from the recently restored long-form census.

The census also found that some Canadian homes adopt Indigenous languages even if it isn’t their mother tongue: 228,770 people said they speak an Aboriginal language at home, even though only 213,230 people reported having an Indigenous mother tongue.