If Hillary Clinton wins the presidency, her husband will leave the foundation that bears his name 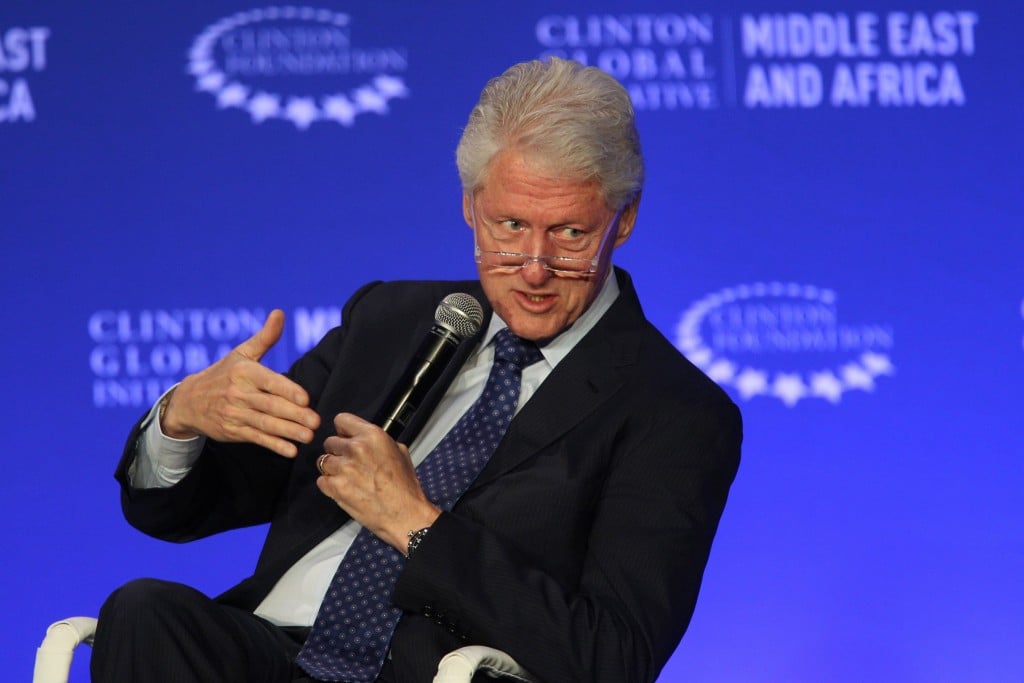 WASHINGTON – When Bill Clinton told the staff of his global charity he would have to step down if Hillary Clinton won the White House, he was vividly clear about how that felt: Worse than a root canal, he said.

For Clinton, the foundation that bears his name has shaped much of his post-White House legacy, helping transform him from a popular yet scandal-tainted former president into an international philanthropist and humanitarian. But the Clinton Foundation is also the focus of election-year scrutiny – pushed along by Donald Trump – about the Democratic power couple’s ability and willingness to separate the organization’s wealthy contributors from past and possible future government roles.

The decisions surrounding the foundation’s future are the latest chapter in an unprecedented partnership of personal and political ambitions. While political spouses – Hillary Clinton among them – often put aside their own goals, never before has that been required of a former president.

Friends and associates say that while Bill Clinton knows his role in the high-profile charity has to change, settling on how and when he might walk away has been emotional. He’s also said to be deeply frustrated with the criticism shadowing his potential exit.

“We’re trying to do good things. If there’s something wrong with creating jobs and saving lives, I don’t know what it is,” he said last week.

Mark Updegrove, the director of the Lyndon B. Johnson presidential library and author of “Second Acts: Presidential Lives and Legacies After the White House,” said that while the foundation has unquestionably done good work around the world, the former president has no choice but to step aside if his wife wins the White House.

“Bill Clinton is smart enough to know that as much as the Clinton Foundation might help to augment his legacy, Hillary Clinton becoming president will be a far greater legacy than anything he himself can do as a former president,” Updegrove said.

The foundation made some adjustments after she became secretary of state, but it has still faced numerous questions about how rigorously firewalls were upheld that were meant to separate donors from her government work.

An Associated Press review of Clinton’s calendars from a two-year stretch show that more than half of those she met with from outside of government had made contributions to the foundation.

For Trump and other Republicans, the Clintons’ overlapping worlds are rife with ethical lapses. And for some Democrats, even that perception is worrisome in an election year where control of the White House and Congress are at stake.

Meanwhile, there’s an odd reality of modern American politics: What presidents do after leaving the White House can shape their legacy almost as much as their tenure in the Oval Office.

It can be an opportunity to bolster presidential successes and try to make up for failures. And those who leave office relatively young – Clinton was 54 – can spend many more years on these legacy projects than they did in the White House.

“For the last 15 years, it has been his life,” said Tina Flournoy, Clinton’s chief of staff. During the announcement of his potential departure, she said he noted that his role as head of the foundation was “the longest job he has held.”

Jimmy Carter, who was seen by some as an ineffectual one-term president, has dramatically reshaped his image with decades of work on global issues. George W. Bush left office deeply unpopular, but has been applauded for dedicating his post-White House years to HIV programs in Africa and work with wounded military veterans. President Barack Obama has been discussing plans for his White House afterlife with confidants for months.

“There’s a certain expectation that you stay involved, you don’t totally get off the scene,” said Anita McBride, a longtime Bush family aide.

Bill Clinton’s foundation began largely to support the building of his presidential library in Little Rock, Arkansas. As his post-White House ambitions grew, so did the foundation, ballooning into a $2 billion charity focused on global health, climate change and other international efforts.

The former president has leveraged his contacts to fill the foundation’s coffers and travelled the world to meet with people helped by its work. He’s the star of the annual Clinton Global Initiative meetings in New York, a mingling of international power players and celebrities that has become the hottest invitation in the philanthropic community.

The plan for the foundation’s future in the event of a Clinton victory this fall includes daughter Chelsea Clinton remaining. Foreign and corporate donations will be halted, though the foundation is looking for ways to spin off some programs and keep them running.

The prospect of Bill Clinton stepping away from the foundation that has been the main outlet for his energy and intellect has renewed discussions about how he would fill his time in his wife’s administration. Though he’s now 70 and slowed by health issues, people close to the Clintons say they fully expect him to seek a prominent role. Hillary Clinton has even raised the prospect of putting her husband in charge of “revitalizing the economy.”

“He just has to feel productive every single day,” said Susie Tompkins Buell, a longtime Clinton friend. “If he gets into another situation where he’s going to have that ability, he’s going to be fine.”