Ministry did not say how the mix-up occurred 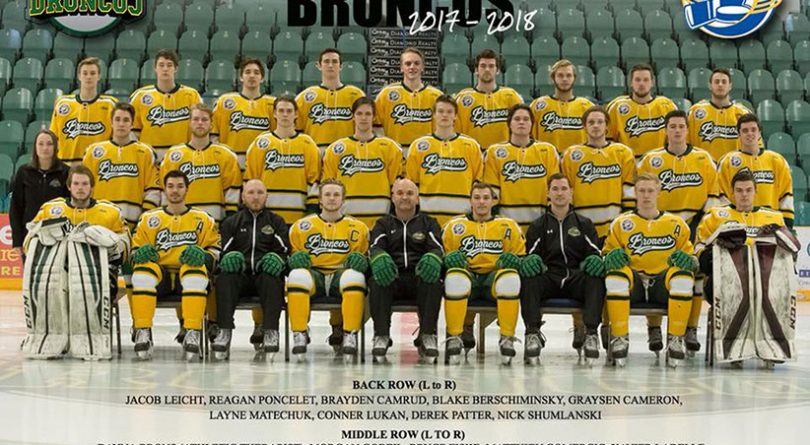 HUMBOLDT, Sask. — A spokesman for Saskatchewan’s Ministry of Justice says authorities mixed up the identities of one of the deceased and one of the survivors in the Humboldt Broncos crash, partly because the players all had blond dyed hair and similar builds.

Drew Wilby says the coroner’s office mistook the body of 18-year-old goalie Parker Tobin for that of Xavier Labelle.

Labelle is injured but alive, and Tobin is among the 15 people who died when the bus carrying the junior hockey team collided with a semi truck in northeastern Saskatchewan on Friday.

Wilby says dental records are the best way to identify deceased but those can take days to track down, especially given the hockey players were from all over western Canada.

READ: A 16-year-old phenom, a gifted captain and a beloved coach are among the dead in Humboldt bus crash

He says the coroner’s office was following a standard procedure to identify the victims but it was difficult since the players had all dyed their hair blond for the playoff run, were all around the same age and had the same athletic build.

Wilby says the mistake is unprecedented in Saskatchewan’s history and the families affected have been very understanding.

The Humboldt Broncos were on their way to a playoff game Friday in Nipawin when the crash occurred.

Fourteen people were injured in the collision.

Over the weekend, Tobin’s family had tweeted that their son was alive.

“This is one of the hardest posts I have ever had to make. Parker is stable at the moment and being airlifted to Saskatoon hospital,” Rhonda Clarke Tobin wrote.

Meanwhile, Labelle’s family had confirmed his death over the weekend, with his brother writing in an Instagram post that he was heartbroken.

News of the mistake comes a day after a solemn vigil was held at the team’s home arena, where thousands gathered to remember the deceased.

Among those in attendance was Nick Shumlanski, the first of the Broncos to be released from hospital.

On Sunday night, he tweeted out a statement saying the support he’s received has been helpful.

“Although reality hasn’t really set in yet, it is truly devastating to have lost so many close friends, brothers and amazing coaches. Times are tough right now but the support you all have shown is so amazing,” he wrote.

He also said that he was lucky to be in the condition he was.

“The doctor told me it was truly a miracle that I was able to get up and walk away from the accident with very minor injuries and a couple of scars on my body,” he said.