Infographic: How does the country compare when it comes to marine protected areas?

A new report reveals that China appears to be more committed to protecting its marine areas from development than Canada. In fact, when the Canadian Parks and Wilderness Society looked at the 10 countries with the largest ocean estate* and ranked them according to how much of that marine area was protected, Canada came in dead last.

Though we have the world’s longest coastline, and the seventh-largest ocean estate, our nation protects just 1.3 per cent of its oceans from development, falling behind China at 1.6 per cent and Japan at 5.6 per cent. Australia and the United States have come out on top, with 33.2 per cent and 30.4 per cent protected respectively. The chart below shows how Canada is doing in comparison. 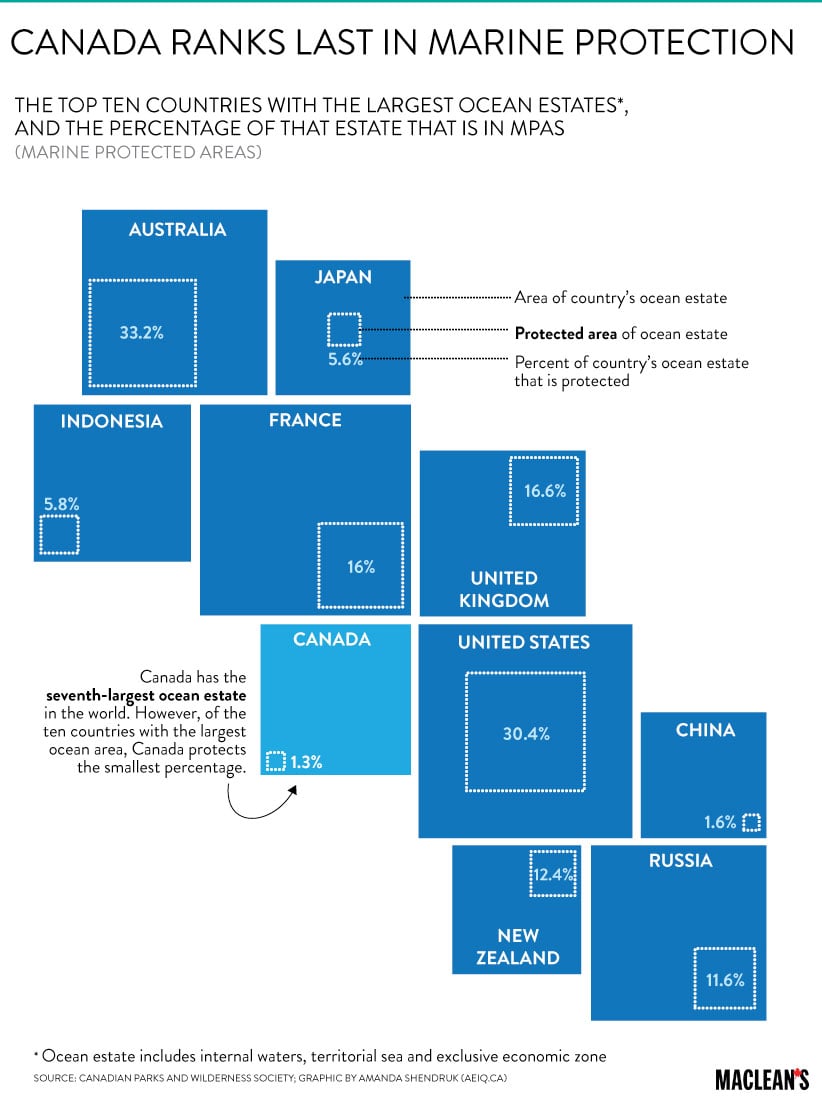 Under the International Convention on Biological Diversity, Canada has committed to protecting 10 per cent of its oceans by 2020. Currently Canada has about 12 protected areas, shown on the map below. Canada must protect nine per cent more of its oceans in the next six years in order to comply with the convention. Do you think we can pull it off? 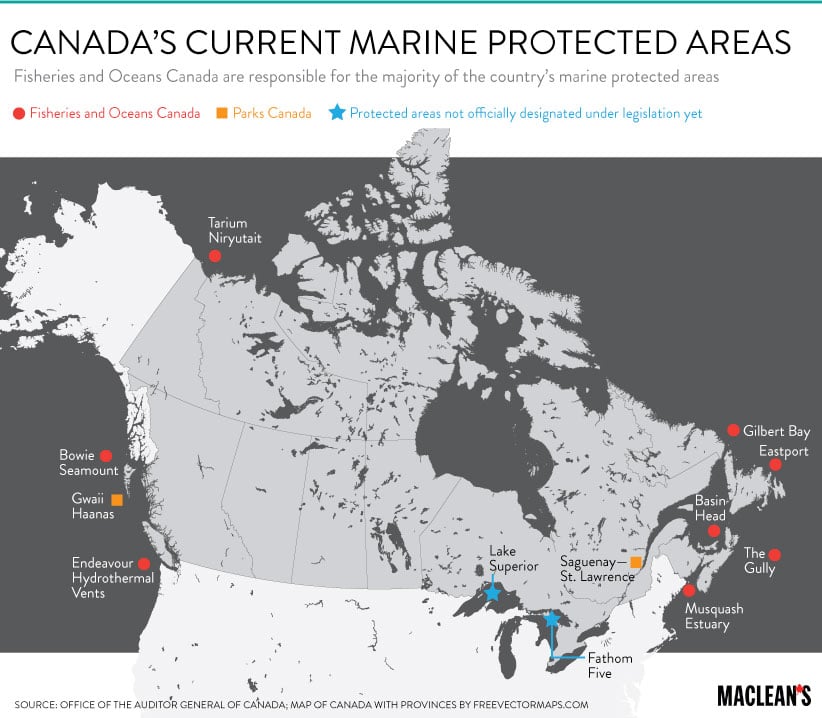