'I believe we have a duty to speak up' 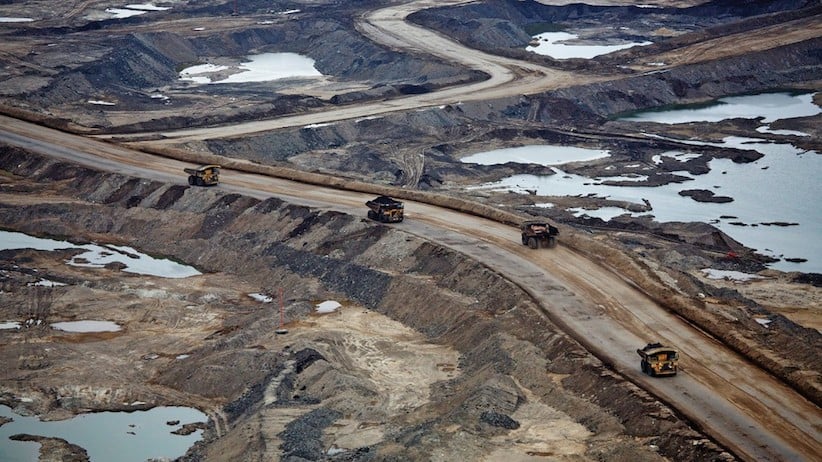 A group of 100 leading Canadian and U.S. scientists has issued an urgent call for a moratorium on new oilsands development and listed 10 reasons why no more projects should be permitted.

“I believe we have a duty to speak up,” said Mark Jaccard, an energy economist at B.C.’s Simon Fraser University who spent more than a year drafting a letter to make sure it was scientifically sound.

Jaccard was a co-author of a 2014 essay in a scientific journal that made a similar argument. But the current letter, released Wednesday, represents a much wider cross-section.

Economists, biologists, climatologists and political scientists have all signed the text, which has been sent to Prime Minister Stephen Harper and all members of Parliament. The signatories include 12 fellows of the Royal Society of Canada, 22 members of the US National Academy, five Order of Canada recipients and a Nobel Prize winner.

They are careful to include in their warning all high-carbon energy sources, including coal and other types of unconventional oil, but it’s focused on the oilsands.

Jaccard said he was struck by the number of natural scientists who asked to sign. More and more of them, he said, are seeing the effects of climate change on the organisms or environments they study.

“This little scientist studying pine beetles and the foot of Godzilla called climate change comes down on top of it,” Jaccard recalled.

“He said, ‘I feel silly. Why am I just studying this thing and not trying to help humanity do something?'”

“Everyone in this group really sees what climate change is starting to do to our ecosystems and the potential for harming society in major ways.”

The harm will be more than environmental, suggested David Keith, who teaches both physics and public policy at Harvard.

“The world is going to gradually decarbonize and the decisions will not be driven from Alberta,” he said.

“Outright climate denial is down, but I think that a lot Alberta oil and gas elites really don’t believe much is going to happen.”

Climate change is a challenge for every aspect of society, said Thomas Homer-Dixon, who leads the Centre for International Governance Innovation at Ontario’s University of Waterloo.

Wednesday’s letter is an example of natural and social scientists feeling compelled to share knowledge that increasingly alarms them, said Homer-Dixon.

“If we just keep it within our academic journals and papers, we’re not doing the broader society any favours. The situation is urgent and the information and knowledge that we have needs to be part of the conversation.”