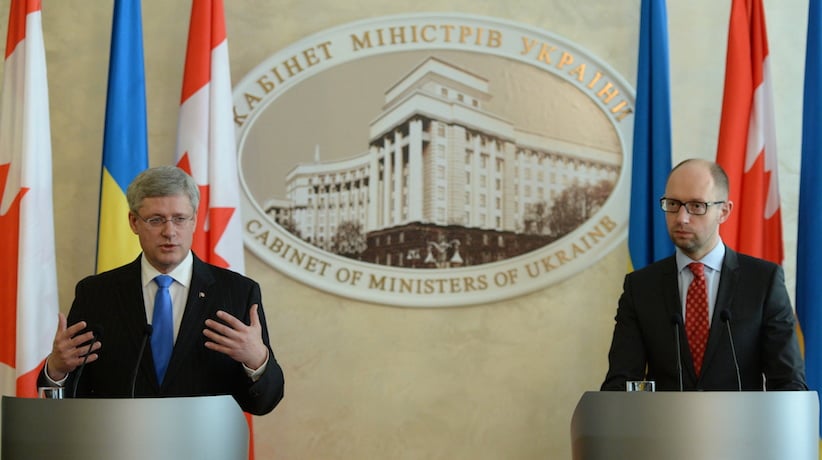 Ukraine’s prime minister arrives in Ottawa today for what’s likely to be the last visit by a foreign government leader ahead of this fall’s federal election. Prime Minister Stephen Harper will be meeting with Arseniy Yatsenyuk to sign a trade deal, following Yatsenyuk’s visit to the U.S. on Monday.

Fifty Australian wildfire specialists were expected to arrive in British Columbia to help battle 221 active wildfires. Fire information officer Navi Saini said they would assist with command and co-ordination efforts and would not be actively fighting fires. Since April 1, the BC Wildfire Service has recorded 1,073 fires that have burned about 283,500 hectares and cost about $108 million to fight.

Emergency officials are warning thousands of fire evacuees from northern Saskatchewan not to go home until it’s safe. Some residents have been allowed to return to a handful of communities and wildfires across the province have become “a bit more normalized,” Duane McKay with emergency management said Monday. But that progress doesn’t mean all danger has passed, he said.

Dawn Lavell Harvard says the time for well-intentioned but often empty talk is over. The president of the Native Women’s Association of Canada, along with other national aboriginal leaders, will step up pressure for action when they meet Wednesday with provincial and territorial premiers in Happy Valley-Goose Bay, N.L.

The federal NDP is going on a pre-election offensive aimed at demonstrating it’s the party best positioned to defeat Stephen Harper’s Conservatives in the looming Oct. 19 election. It’s starting this week with the electoral equivalent of an aerial bombardment — two new, pugnacious online ads detailing what New Democrats dub the record of corruption and mismanagement under Harper.

A new poll suggests policy-makers should have little fear of Canadians taking on more debt if the Bank of Canada moves to lower interest rates on Wednesday. The Canadian Imperial Bank of Commerce poll found that 93 per cent of respondents said they were unlikely to increase their borrowing if rates drop.

Alicia Elizabeth Lander will be sentenced in Dartmouyth, N.S., after being convicted on May 6 of committing an indecent act on an Air Canada flight.

Byelections will be held in three provincial ridings in Nova Scotia.

Sentencing hearing in Toronto for two men convicted of terrorism in a plot to derail a passenger train.