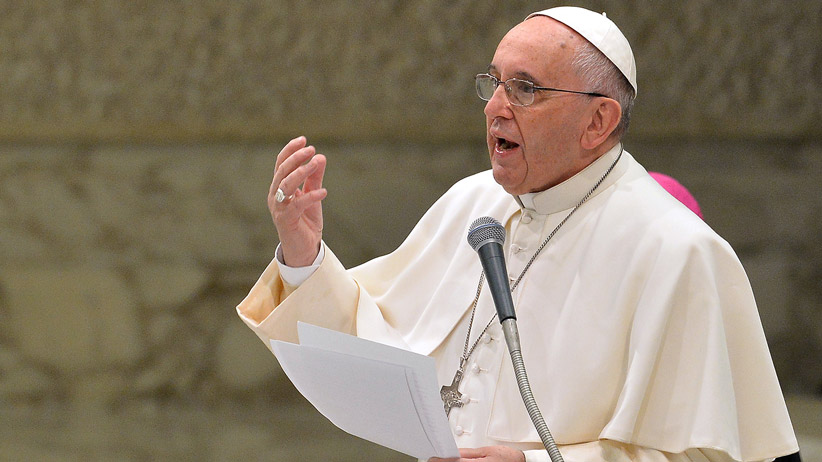 Prime Minister Stephen Harper will meet with Pope Francis at the Vatican today and is being urged to use the occasion to secure a papal apology for the church’s role in Canada’s residential school legacy. Perry Bellegarde, the national chief of the Assembly of First Nations, says the meeting will be a “prime opportunity” for the prime minister to raise the issue.

A 20-year-old Calgary man is facing charges of criminal negligence causing death, hit and run causing death, possession of stolen property over $5,000 and theft in connection the a gas-and-dash hit-and-run that killed a gas station employee. Ashtiana Rashidi, who was 35 and known to her family as Maryam, died Tuesday. Police won’t release the suspect’s name until he appears in court.

Facing the threat of punitive tariffs from Canada, the U.S. Congress took a first step Wednesday in backing away from a continental trade war. Lawmakers in the House of Representatives voted by almost 70 per cent to repeal a disputed meat-labelling law that has prompted threats of tariffs from Canada. The measure now faces what could be a more difficult test in the Senate.

Amazon.ca wants shoppers to say “Yes” to the dress, along with the shoes and the jacket. The online retailer has launched a new section on its Canadian website devoted to clothing and shoes, for both men and women. It’s the latest move by the Seattle-based retailer to grab a bigger share of the shopping list.

Loblaws is promising that by the end of 2018 it will stop manufacturing household and cosmetic products that contain Triclosan, phthalates or microbeads.Triclosan is found in antibacterial soaps and body washes, toothpaste and some cosmetic products and is thought to contribute to antibiotic resistance.

If Vancouver has its way, the dozens of illegal pot shops scattered across the city will soon have business licences and health warnings hanging in their windows. But the city’s plans to ban edible products, forbid selling to minors and force stores located in troubled neighbourhoods to move are sparking criticism at a public hearing that began Wednesday. More than 160 people are set to speak at the Vancouver hearing and it is expected to drag on for days.

The Alberta legislature reconvenes with the new NDP government. Speaker to be elected in a secret vote by all MLAs.

The Supreme Court will render a decision on medical marijuana.

The Ontario Human Rights Commission releases its annual report for 2014-2015.

The Bank of Canada releases the June issue of the Financial System Review.

Judge-only trial continues in Ottawa for suspended Sen. Mike Duffy. He has pleaded not guilty to 31 charges, including fraud, breach of trust and bribery.