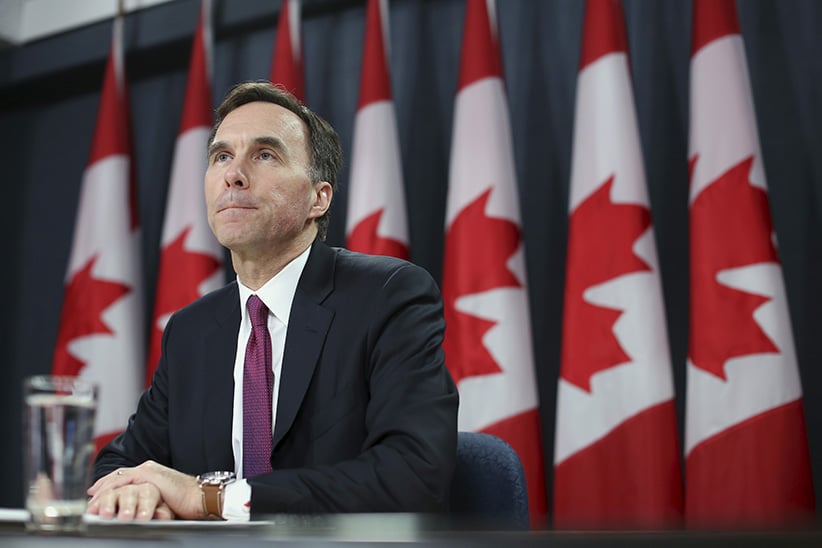 Canada’s Finance Minister Bill Morneau listens to a question during a news conference upon the release of the economic and fiscal update in Ottawa, Canada November 20, 2015. (Chris Wattie/Reuters)

Key leaders of the Assembly of First Nations are to meet Finance Minister Bill Morneau today as pressure mounts on the federal government to put promises into action in its premier budget. The meeting with Morneau comes as the minister continues his consultations ahead of the release of the fiscal blueprint, expected in March.

ALLEGED PEDOPHILES TO BE ARRAIGNED IN MONTREAL

Some or all of the 13 men arrested for allegedly exchanging tips on ways to sexually abuse children are expected to be arraigned in Montreal today. They were nabbed in Quebec and Toronto on Wednesday after a three-year investigation by Quebec provincial police and the RCMP. Those arrested are aged between 27 and 74.

Quebec Premier Philippe Couillard is set to announce his first cabinet shuffle today since being elected in 2014. The new group of ministers will be tasked with helping to fulfil the Liberals’ election promise of creating 250,000 jobs within five years of taking office. Couillard will reveal the changes in Quebec City at 10 a.m. eastern.

The percentage of Canadians who plan on contributing to their RRSP before the deadline at the end of next month is down slightly from last year, according to a poll issued by the Bank of Montreal. However, the survey found that those who have already contributed and those who are still planning to add to their retirement savings are putting aside a little more than last year.

An intelligence assessment by Transport Canada says Canadian volunteers fighting with Kurdish forces in northern Iraq and Syria could face prosecution under the country’s tough anti-terror laws. The department, one of many federal agencies with a security assessment branch, wrote a secret “Canadian Eyes Only” analysis of the Kurdish soldiers being trained in the Middle East by Canada and its coalition partners.

A funeral is to be held in a riding arena today for a prominent Alberta businessman who co-founded one of the world’s top equestrian venues. Ron Southern died last week at the age of 85. He established the Spruce Meadows show-jumping facility in Calgary with his wife Margaret in 1975. The facility held its first competition a year later.