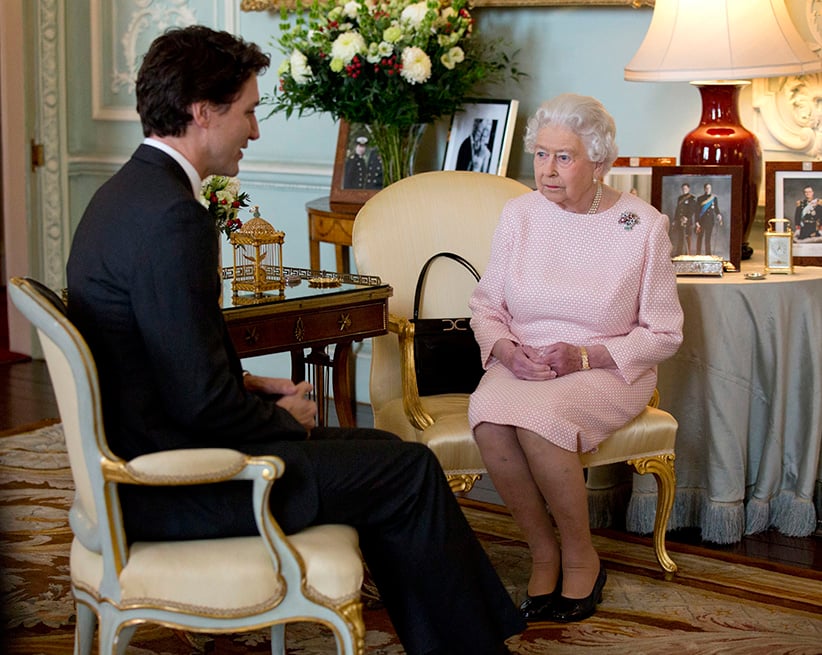 NEXT STOP FOR PM: MALTA

Fresh off his meetings with Queen Elizabeth and British Prime Minister David Cameron, Prime Minister Justin Trudeau leaves the United Kingdom today for Valetta, Malta, where the 54-country Commonwealth is holding its leaders’ summit. When that wraps up, Trudeau and many other Commonwealth will head to Paris for the 21st United Nations climate conference, or COP21, starting Monday.

A Toronto police officer on trial for killing a teen on an empty streetcar will continue to be questioned in court today. Const. James Forcillo is testifying in his own defence after pleading not guilty to second-degree murder and attempted murder in the death of 18-year-old Sammy Yatim in 2013.

The Crown in Guy Turcotte’s first-degree murder trial has completed its final arguments, saying the accused had decided to commit suicide in February 2009 and wanted to kill his children to ensure they weren’t raised by another man. The 11 jurors will receive final instructions on Monday before they are sequestered to determine the ex-doctor’s fate.

The Alberta Securities Commission will hear arguments today into whether Canadian Oil Sands should be allowed to keep its defence against hostile takeovers. Suncor Energy took a $4.5-billion all-stock offer directly to shareholders on Oct. 5 after attempts at inking a friendly deal were rebuffed by COS leadership in the spring.

The National Energy Board is making more information about the safety of pipelines it regulates available to the public. Starting immediately, inspection reports are going to be posted on the regulator’s website. Chris Loewen, vice-president of operations at the board, says the move is part of a wider effort to “modernize” the NEB and make it more transparent.

VON SHUTS DOWN IN SIX PROVINCES

The Victorian Order of Nurses has been struggling financially for years and has decided to shut down its operations in six provinces and cut the size of its head office. The non-profit health organization established in 1897 provides home nursing care and is closing programs in Alberta, Saskatchewan, Manitoba, New Brunswick, Prince Edward Island, and Newfoundland and Labrador.

Three works by Group of Seven painter Lawren Harris and what’s believed to be Tom Thomson’s last painting are going on the auction block tonight. The paintings are part of the Heffel Fine Art Auction House fall sale, with 156 lots expected to generate between $10 million to $15 million in sales by night’s end.

IN THE NEWS TODAY

Merouane Ghalmi returns to court in Montreal for allegedly violating the terms of a terrorism-related peace bond.

Regina Open Door Society will provide an update on work being done to prepare for Syrian refugees.