2015: A lost year for decision-making at National Defence 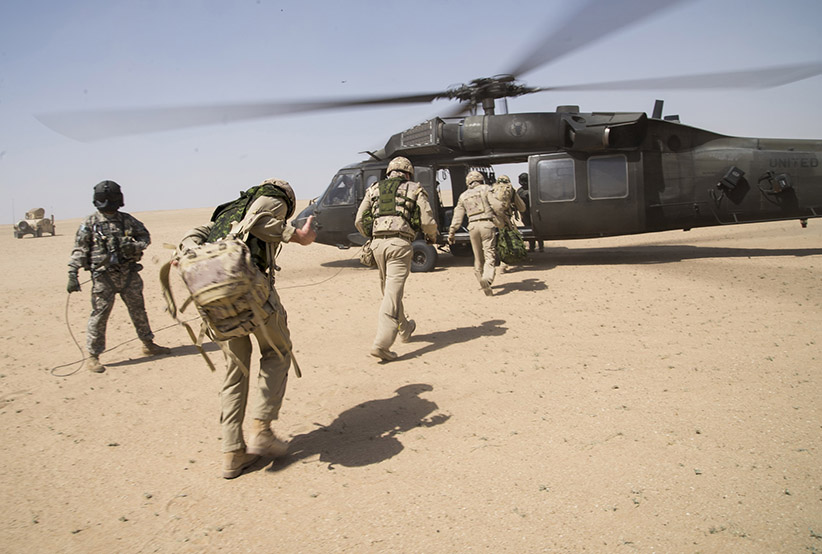 OTTAWA — A sampling of the former Conservative government’s planned military purchases shows two-thirds of the projects are behind schedule.

And a defence expert says Justin Trudeau’s Liberals face an tougher job than previously expected because 2015 was a lost year for decision-making at National Defence.

A report, to be released Tuesday by the Global Affairs Institute, says part of the problem was the revolving door in the defence minister’s office — and among the senior bureaucracy.

“It just wrote off a serious chunk of time,” said Dave Perry, who wrote the study.

The 73-page study, obtained in advance by The Canadian Press, shows 63 per cent of 59 projects listed in the Conservative government’s often-hyped defence acquisition guide have slipped from their anticipated timelines. Thirty-four per cent are on schedule and three per cent are early.

Navy supply ships, fixed-wing search and rescue planes and armoured patrol vehicles are among the significant delays. The acquisition guide was supposed to bring predictability to the procurement process by listing hundreds of defence items — big and small — that the government planned to buy in the coming decade.

The delays will inevitably lead to higher costs for the delayed projects and unspent budget allocations.

Perry says the sampling was fair because it looked at projects on the immediate horizon.

The Conservatives made the bottleneck worse by holding back decisions on some key projects in order to have political window-dressing for the run-up to last summer’s election call, Perry added.

“There were suspiciously a large number of decisions that did not happen until May or June,” he said.

He says the election itself saw the Defence and Public Works bureaucracy almost grind to a halt where signing authority on low-risk, low-dollar routine matters had to be approved at the highest levels.

Perry says the defence minister’s office had three occupants last year, which meant each of the politicians had to be briefed and brought up to speed.

“I can’t imagine that calendar year 2015 is going to be anything other than a very bad year for defence procurement,” Perry said in an interview. “You had the election and this huge turnover and it’s going to amount to another significant chunk of lost time.”

If the country is faced with similar, long election cycles in the future, Perry says something has to change.

“That system, if you’re going to have three-month elections, is kinda nuts,” he said. “In the end, Canada still needs to be able to function, even when there’s a transition in government.”

The inability of Harper’s government to deliver on big-ticket military purchases — aside from sole-sourced contacts — vexed the Conservatives throughout their almost 10 years in office.

A report prepared last year by the MacDonald-Laurier Institute and the Conference of Defence Associations Institute laid part of the blame at the feet of both Liberal and Conservative governments going back over 20 years.

That joint study — entitled “Putting the `Armed’ Back Into The Canadian Armed Forces” — noted that the section of National Defence that handles purchasing was slashed in the cutbacks of 1990s and never fully re-established, even though successive governments have tried to ram through additional, costly projects that are ever bigger and more complex.

Perry said the military branch tried to remedy the problem with a hiring campaign last year, only to put prospective project managers, who are in high demand in the private sector, through a glacial, nine-month hiring process.