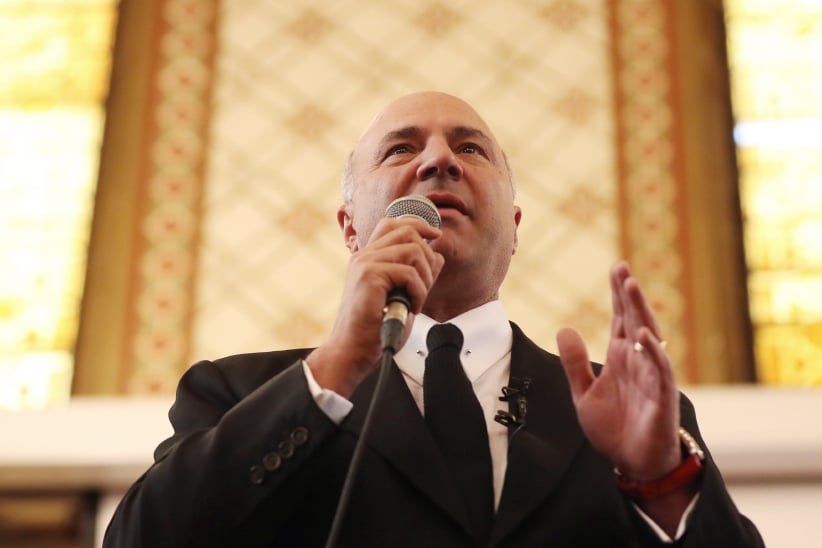 Since the election of Donald Trump, Canada has been regularly lauded by foreign media, celebrities and many in the international community for its welcoming stance towards immigrants and resistance to populist sentiment. But for all that praise, there’s ample evidence that Trump is influencing the tone and nature of Canadian politics.

Here are five specific examples of Trumpian rhetoric and political tactics spilling over the Canadian border.

Kevin O’Leary, also a TV personality with zero political experience, has levelled the unsubstantiated claim of “fraud” and “widespread vote rigging” against at least one unnamed Conservative leadership rival—though he won’t say which one. In a statement O’Leary accused the rival campaign of using prepaid credit cards to sign up fake party members without their consent.

Trump has regularly alleged massive voter fraud took place, both in the run-up to the election when he was leading in the polls, and after he took office. He has claimed three to five million people voted illegally in the election, even though there is zero evidence of this. In O’Leary’s case, the Conservative Party is investigating his claim.

UPDATE: On  Friday, the Conservative Party’s investigation resulted in more than 1,300 fake memberships being cancelled. The memberships were purchased with untraceable, pre-paid credit cards.

It’s hard to imagine, pre-Trump, any major Canadian politician lowering discourse to the point that he or she would call a rival a “loser.” But after O’Leary started throwing around accusations of voter fraud, his main challenger—Maxime Bernier—had this to say in a fundraising email: “”Kevin O’Leary is a loser. I’m a winner.”

Meanwhile, here is just a partial list from 2015, called the Trump Loser Watch, of people that Trump called “loser.”

Last week, while the Canadian Senate was addressing the overrepresentation of Indigenous women in Canadian prisons, Senator Lynn Beyak came to the defence of the residential school system. “Obviously, the negative issues must be addressed, but it is unfortunate that they are sometimes magnified and considered more newsworthy than the abundance of good.” The comments touched off calls for her to resign from the red chamber, but Beyak pushed back, calling the reporting on the story “fake news and exaggeration.” Ontario’s economic development minister, Brad Duguid, also trotted out the “fake news” line to dismiss criticism of the taxpayer bailout of the MaRS technology hub in 2014.

When Conservative leadership candidate Chris Alexander was speaking to an Alberta rally last year opposing NDP Premier Rachel Notley’s carbon tax plans, the crowd started chanting “Lock her up.” Alexander simply smiled and nodded, and though he later maintained he disapproved of the chant, but said he didn’t tell them to stop because politicians should “listen to constituents.”

The “lock her up” chant became a mainstay at Trump rallies whenever he’d mention Hillary Clinton—even months after his election victory. He gave a thumb’s up to a Tennessee crowd this week when they started to chant “lock her up.”

Kellie Leitch hasn’t outright said she’d ban any particular immigrant group from entering Canada, but throughout her campaign she has promised only she can stop terrorist criminals from swarming into Canada, by screening all “immigrants, refugees and visitors” to this country for “anti-Canadian values.”

Trump’s multiple attempts at banning anyone from Somalia, Yemen, Syria, Libya, Iran and Sudan may be held up in the courts for the moment, but his targeting of outsiders in the name of national security—and scoring populist points—is no less xenophobic.