Fifty-two months of torture and the four men responsible

Scott Gilmore on the case of Adam Capay, and how the province of Ontario allowed his horrific torture to happen 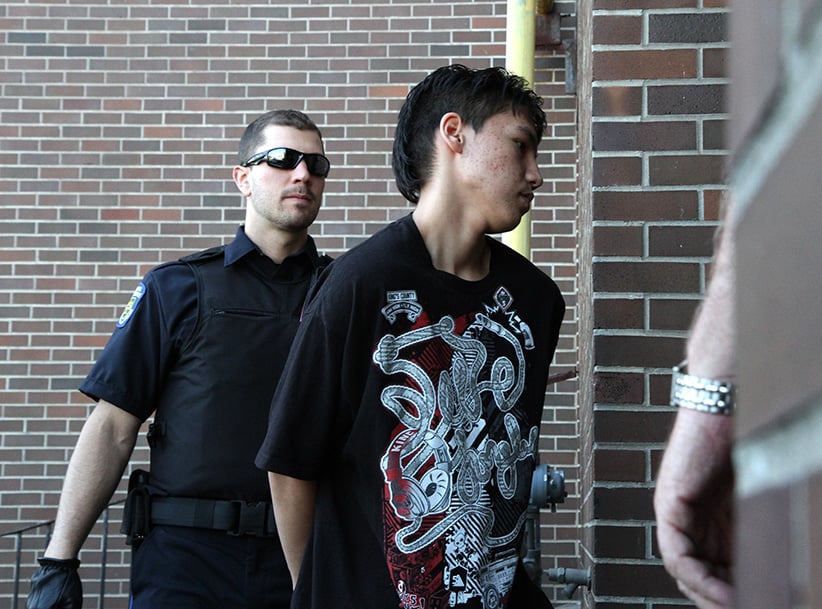 There is a young First Nations man in Thunder Bay who the province of Ontario has kept in a hole for 52 months. His name is Adam Capay. When he was 19 he was arrested on minor charges and sent to jail. There he got into a fight and another man died. We don’t know if Capay is guilty—he has been waiting an incredible four years for his trial.

While he has been waiting, he has been kept in solitary confinement, in a Plexiglas box, in an empty cellblock with no windows, and with the lights kept on for 24 hours. Capay has interacted with so few people over the last four years he is losing the ability to speak.

One thousand five hundred and sixty days in solitary confinement. To put this in perspective, consider that the United Nations has declared this form of segregation should never surpass 15 days. They did this because it is considered one of the worst forms of psychological torture.

How bad is it? In the 1950s, a well-regarded psychologist named Harry Harlow decided to find out. He placed rhesus macaque monkeys in solitary confinement for 20 days and recorded the effects. Every monkey emerged badly damaged. Harlow was universally condemned for his cruel and unethical experiment, and his reputation was permanently ruined. And yet the province of Ontario has effectively conducted this experiment on Adam Capay 78 times in a row.

We don’t know how many other cases there are like this. Incredibly, it appears that the politicians and officials responsible don’t either. Renu Mandhane, Ontario’s chief human rights commissioner has been trying to find out. So far, she has identified 1,383 cases of prisoners being held in solitary confinement for more than 15 days. Twelve of these people have been subjected to this for more than a year.

If this happened in a country that is notorious for violating human rights, like Saudi Arabia, we would be outraged. Discovering this is occurring in Canada is so shocking it is difficult to process.

To find out how this is possible, there are a few men who need to answer some questions. Bill Wheeler is the superintendent of the Thunder Bay jail. When his corrections officers put a prisoner in solitary, protocols dictate he must sign off on an extension after five days. How can he justify extending Capay’s torture week after week, for four years?

If a prisoner with mental health issues (like Adam Capay) is kept in solitary for more than 30 days, the provincial minister responsible for correctional services must be informed, in this case that is David Orazietti. But Mandhane told me she believes he only learned about the case when she raised it with him on Oct. 12. Why did his ministry fail to follow procedures? And what has he done since then to fix it?

Regardless, Orazietti has known about Capay for 13 days now, and yet he remains in solitary. When asked how this is possible he shamelessly told the legislature, “That is a decision that is made by the individuals operating our jails. I will not take individual action on a specific circumstance.”

There is a line that ministers are not meant to cross. Governments are elected to tell the bureaucrats what to do, not how to do it. In this case, Orazietti should not dictate how a particular inmate is treated. But he can tell his department: “You have 24 hours to ensure the province of Ontario is no longer violating the UN mandated limit of 15 days. I suggest you start with the most egregious cases first.” Why didn’t he?

I am informed that in the case of Capay, there is a readily available solution. St. Lawrence Valley Correctional and Treatment Centre is specifically designed to house and treat prisoners like Capay who suffer from mental illness and may pose a threat to themselves or others. Superintendent Wheeler, and the senior officials who report to him, starting with deputy minister Matthew Torigian, need to explain why they failed to do so.

Another person who needs to answer questions is Attorney General Yasir Naqvi. How is it possible his ministry has allowed people to be held for four years without trial? How many people are in this situation? He too was informed of the Capay case 13 days ago. What has he done since then to address it?

I am sure each of these four men can explain to themselves and us why they are not responsible for the torture that Adam Capay has endured now for 52 months. They can tell us they didn’t know, that it isn’t their responsibility, that they don’t have the resources. Many times when something goes wrong, this is defensible. The system isn’t perfect. Mistakes are made. But when those mistakes are as horrific as the Capay case, these excuses won’t do. These men failed. They need to be held accountable and if found responsible, resign.

Canadian politics is filled with spurious and cynical demands that officials resign. But, as Adam Capay still sits alone in solitary, is there any way this could be a more obvious case of official incompetence and culpability?