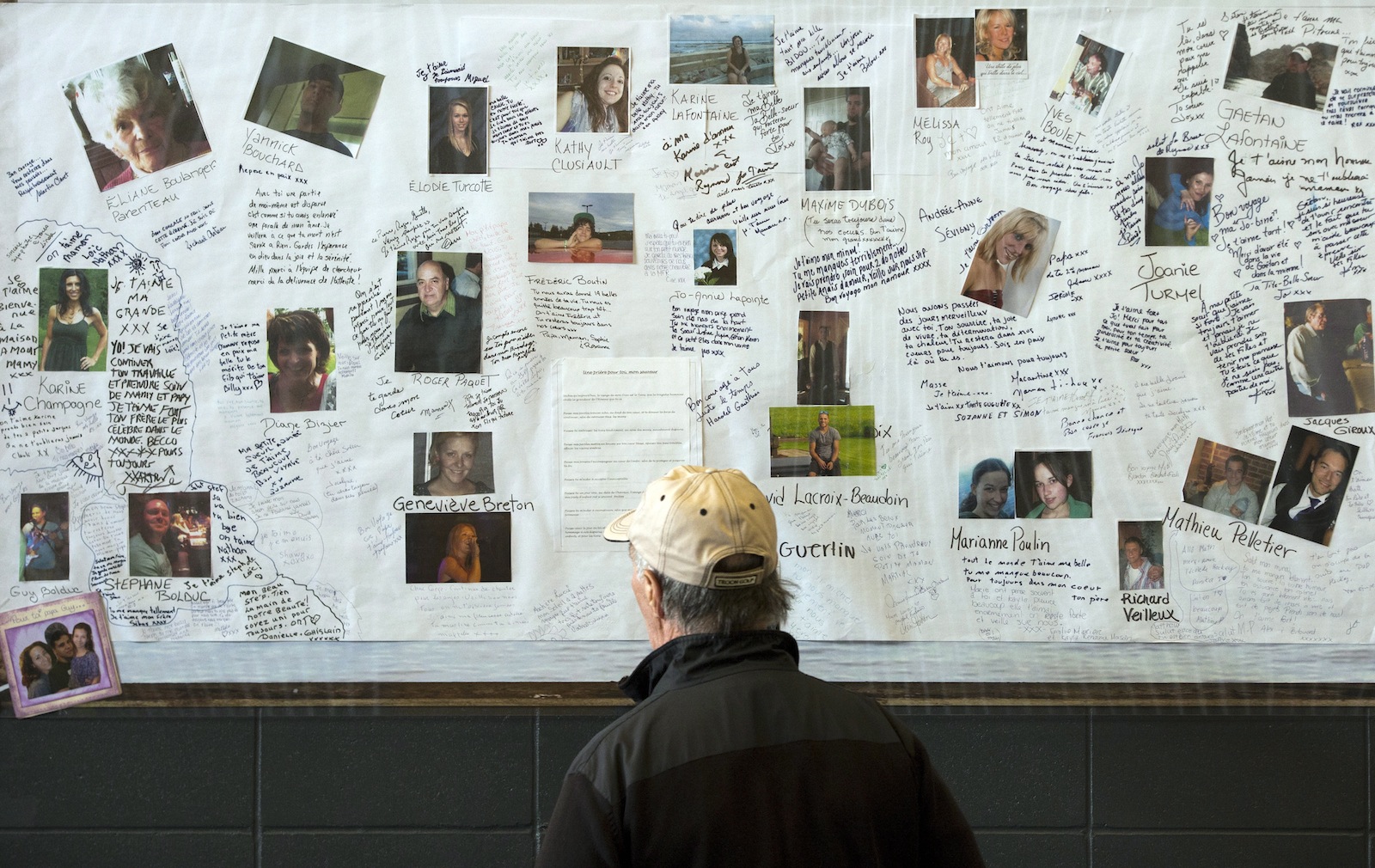 A man looks at photos of some of the victims of the devastating fire as part of the commemorative events in Lac-Megantic, Que. Ryan Remiorz/CP

The law firm representing the families of 47 people killed in the 2013 Lac-Mégantic train crash says it has received a financial proposal that would see them split $76 million in compensation.

Chicago-based law firm Meyers & Flowers said it will be closely reviewing the settlement to determine whether the defendants are paying sufficient funds.

Much of downtown Lac Megantic, Que., was destroyed by a raging fire after an unattended Montreal, Maine & Atlantic train with 72 oil tankers derailed in the middle of the night.

Related: Lac-Mégantic: Then and Now — a photo essay

Declining to participate in the settlement fund are World Fuel Services Corp., which owned the oil shipment, and Canadian Pacific Railroad, which transported the oil to Montreal. The victims could file a lawsuit against those companies.

Montreal, Maine & Atlantic filed for bankruptcy soon after the disaster.

The railroad’s new owner, Central Maine and Quebec Railway, has resumed shipments of potentially dangerous goods such as propane and chemicals. The company has agreed not to ship crude oil through Lac Megantic until 2016.

The settlement proposal includes suggested payouts for those who lost property, income or psychological peace in the disaster and may be subject to last-minute changes, said Meyers & Flowers.

A final settlement plan will likely be put to a vote later this month before it can be certified by the judge overseeing the bankruptcy proceedings.