99 stupid things the government did with your money: Part III 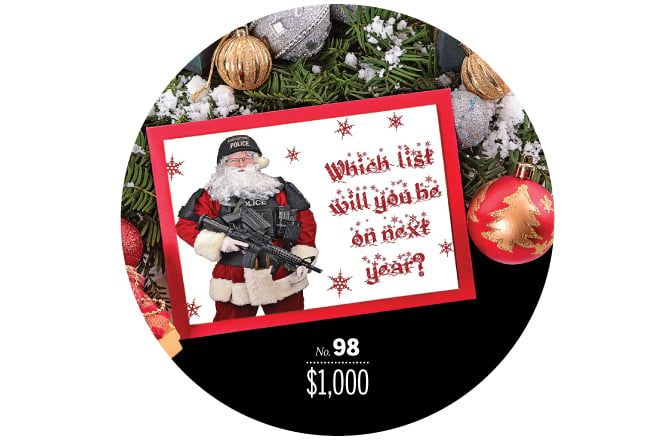 Nice job — Working for the taxpayer, that is

67 Ghost committee: Twenty-one Alberta MLAs were each paid at least $1,000 a month to sit on a committee that hadn’t met since 2008. Some MLAs claimed they didn’t know they were collecting for being on the standing committee on privileges and elections, standing orders and printing. Taxpayers scoffed at the $261,000 annual total, and Alberta suspended the payments in March.

68 Double dipping: An audit uncovered an unnamed retired public servant, who, while collecting a pension, landed $170,000 worth of training contracts from the Canada School of Public Service. Incidentally, among the school’s courses, one teaches values and ethics when managing public funds. 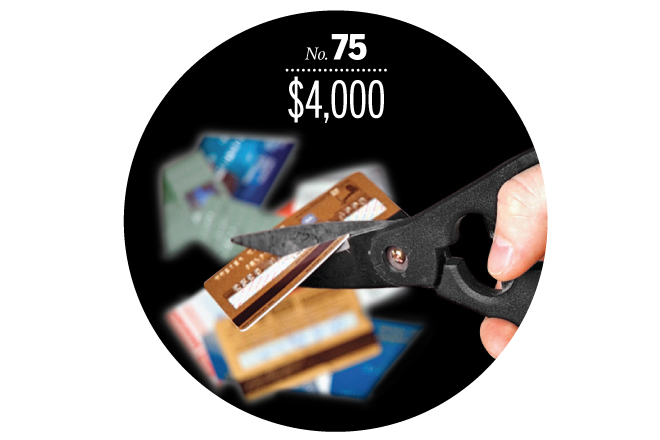 Meanwhile: Joe Fontana, the beleaguered mayor of London, faces fraud and breach of trust charges after allegedly using $20,000 of government money in 2005 to pay for his son’s wedding (69); a public service watchdog revealed an unnamed bureaucrat at Human Resources and Skills Development expensed massage chairs plus flat-screen TVs for her home, while hiring a “close relative” who collected excessive overtime pay (70); a House of Commons committee found former Bloc Québécois leader Gilles Duceppe used “many thousands of dollars” to pay a partisan political staffer (71); B.C. Premier Christy Clark paid a $67,000 severance to a press secretary after just 11 months on the job (72); a development company owned by the Mushuau and Sheshatshiu Innu communities in Newfoundland paid its CEO Paul Rich more than $1 million in just two years (73); a Treasury Board report revealed federal employees are calling in sick an average of 18 days a year, roughly 2½ times the absentee rate in the private sector, which costs taxpayers more than $1 billion a year (74); dozens of federal Conservative staffers have failed to keep up with their credit card payments, with the industry minister’s office alone racking up $4,000 in delinquent fees (75); after barely two years on the job at Alberta Health Services as an executive, Allison Tonge, an import from Britain, was let go with a severance package of 12 monthly payments of $35,000 plus $15,000 in relocation expenses for her return to the United Kingdom (76).

On second thought — a change of plans doesn’t come cheap

77 Read and weep: Calgary Transit spent about $500,000 preparing for the launch of a new electronic payment system, only to cancel its contract with the supplier in November. Some of the card readers had already been installed on buses and at LRT stations and had to be removed.

78 Registered complaint: After the Ontario Ministry of Health scrapped a project to develop an electronic registry of diabetes payments, claiming there were no cancellation costs, an audit found the ministry actually spent $24 million on the defunct project.

79 Timber tussle: The City of Ottawa has spent $853,000 in legal fees and settlement payments to block six homeowners from chopping down city trees that were growing into their houses, only to backtrack and agree to cut down trees causing “serious damage” to private property.

Meanwhile: Two years after spending $86,000 to install bike lanes on Jarvis Street in Toronto, the city spent $272,000 to remove them after complaints from the mayor (80); Industry Canada spent three years and $1.4 million on an online calculator for people to compare cellphone rates, only to scrap it after lobbying from the telecommunications industry (81); the District of Lillooet, B.C., had to spend $5,000 to hold a by-election after the mayor and a councillor quit after one month on the job (82).

Infrastructure — building a better way to spend your money

83 Wheels of fortune: Rather than purchase a new truck for its fleet, when public works manager Dan Brazier’s 17-year-old pick-up broke down in February 2011, the City of Colwood, B.C., spent $1,000 a month to rent one while it worked on developing an equipment replacement strategy. By December, after it had racked up $10,000 in rental charges on a truck worth $30,000, the city finally decided it had better buy a vehicle.

84 Shut the door: Taxpayers in Waterloo, Ont., forked out $173,000 in emergency funding to replace four fabric doors on a landfill garage after one of them blew off, just three years after the doors were installed. The door supplier said they were never built to withstand wind levels seen at the site and shouldn’t have been used. 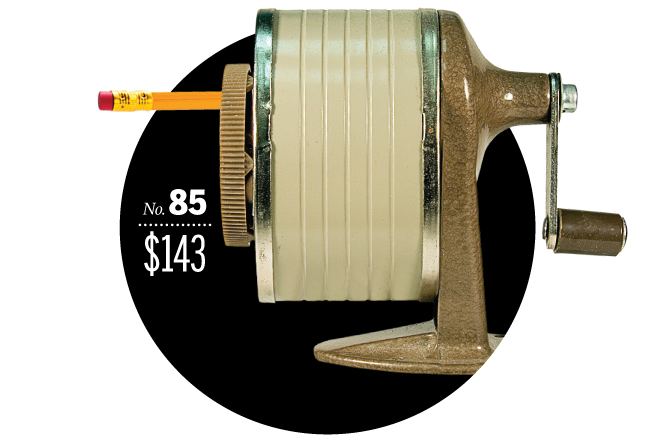 85 Dunce cap: An investigation by the Toronto Star unearthed a host of questionable spending on maintenance work by the Toronto District School Board. Among the waste: $143 to install four screws into a $17 pencil sharpener; $3,000 and 76 hours to install an electrical outlet in a school library; $266 to hang three pictures (and another $857 to do it again eight days later); $164 for four workers to move a school bench; $810 to scrub graffiti from a bathroom wall and $2,670 to replace light bulbs in a school lunch room.

86 Nobody’s home: The federal government spent $1.5 million to maintain a massive 108,000-sq.-ft. warehouse known as Plouffe Park in Ottawa, which is set to be torn down next year. It has poured another $5.5 million into the former headquarters of Agriculture Canada, though the building has sat empty since 2009.

Meanwhile: Vancouver’s Translink transit authority paid $500,000 for just 13 TV screens installed in Skytrain stations in 2009; many of them no longer work (87); Transport Québec spent $2.2 million on a paving project but left a utility pole in the middle of the road, forcing them to redo that stretch at further expense (88); Quebec taxpayers are paying $700,000 a year for rented office space in Tokyo to house provincial diplomats in Japan rather than use the Canadian embassy (89); Regina’s Prairie Valley School Division paid $2,400 for two office chairs even as it campaigned against cuts to its education budget (90); a property line dispute near Sudbury, Ont,, between Richard Majkot and the city has, over the last five years, cost taxpayers $500,000 (91); Ontario taxpayers have yet to see the final bill for two power plant projects Dalton McGuinty’s government cancelled just days before the 2011 election, but it’s at least $230 million and could top $1 billion (92); an audit of Ontario’s scandal-plagued air ambulance service Ornge found the government-funded agency is paying 40 per cent above fair market value to lease its headquarters from its own subsidiary, which has already meant $2 million in overpayments during the first five years of the 25-year lease (93).

94 Hat trick: The Department of National Defence and the Canadian Forces spent $438,385 on government-branded sports memorabilia it claimed were crucial to recruiting and peacekeeping efforts. Over the past five years the departments have spent a staggering $176,000 on hockey pucks alone, with a DND spokesman saying it was crucial to promoting Canada’s role “in contributing to international peace and security.”

95 Insecurity: When it was announced former U.S. presidents Bill Clinton and George W. Bush would swing through Surrey, B.C., in 2011 for a $600-a ticket debate, Mayor Dianne Watts insisted the event wouldn’t cost taxpayers a penny. Instead, it cost $45,000 for RCMP to provide security.

96 Naked theft: Ahead of the 2010 G20 summit in Toronto, critics warned it was a bad idea to hold such a high-security event in the middle of downtown, and today the costs keep coming. Among the 144 businesses the government had to compensate: the Zanzibar Tavern strip club, which received $5,900 for lost income.

Meanwhile: The Ontario government spent $225,000 on bulletproof vests for provincial park wardens carrying out “enforcement duties” despite the fact no warden has ever been shot (97); the Abbotsford, B.C., police department spent “under $1,000” to mail Christmas cards to those on the city’s naughty list, featuring a photo of the police chief as a heavily armed Santa Claus (98); the Canada Border Services Agency paid a Nanaimo shipyard company nearly $350,000 over two years to look after the MV Sun Sea, a rusty ship that had brought would-be refugees from Sri Lanka in 2010 (99).