With officials warning of flooding, here's at look at the rising water level in Lake Ontario that's causing concern 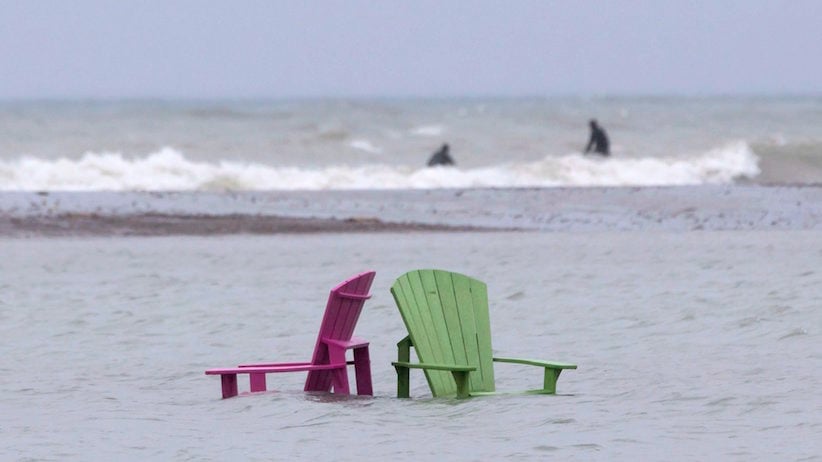 Residents and emergency officials across the country are preparing for a downpour of rain and flood conditions.

Environment Canada has issued weather-related warnings across the country—from severe thunderstorms, strong wind gusts and hail in B.C. to heavy rainfall for most of Ontario and stretching out to New Brunswick and Nova Scotia.

The downpour comes amid a wet spring, which has exacerbated already high water levels. For example, the water level in Lake Ontario hit its highest level since the early 1990s this week, which has already caused flooding in low areas and beachfront erosion.

As it stands, the water level of Lake Ontario is just around five centimetres below the last high recorded in 1993. 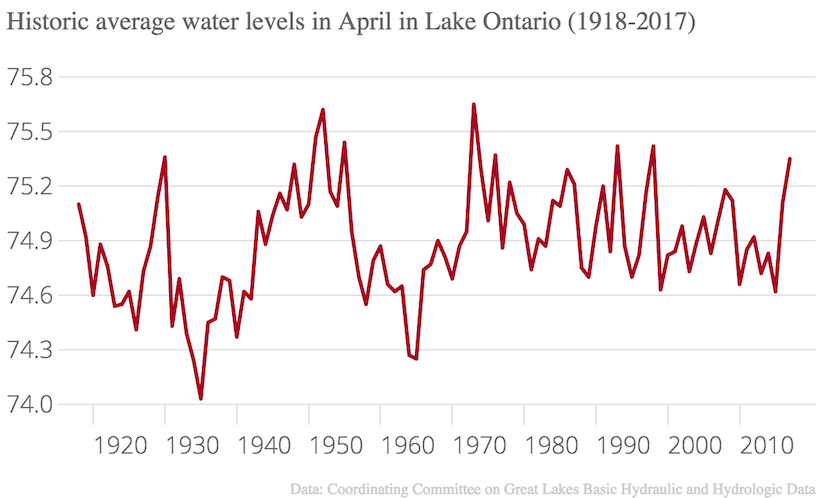 And with the downpour of rain in forecasts, expect that level to rise further.

It’s possible the levels could rise above the last record. Based on the current weather forecast, however, Beach doesn’t think they’ll reach the all-time recorded daily high.

The current daily water levels are about 12 centimetres away from reaching the 1973 level of 75.7 metres.

The lake levels are impacted by several factors. Most notably, the amount of rainfall, but also the amount of water evaporation and how the water flows in and out of the connected waterways.

When the ground is already wet from high levels of rain, it can’t absorb as much of the water, which then spills off into the surrounding waterways.

Toronto alone had a wetter-than-normal April, which is playing a part in increasing the water levels of Lake Ontario.

Communities in Eastern Quebec are also starting to experience flooding, while at the same time many communities around Montreal were already battling high river levels.

City officials in Toronto have warned residents that more localized flooding is likely.

The high water levels in Lake Ontario have already impacted sewer systems close to the waterfront. The Toronto Islands could also be evacuated.

Last time Lake Ontario’s water level reached these heights back in 1993, they dropped back down by to typical levels by early fall that year.

While the water levels in Lake Ontario are higher than average, Beach said this fluctuation is an important part of maintaining a healthy ecosystem in the any lake.