A closer look at the rise in hate crimes in Canada 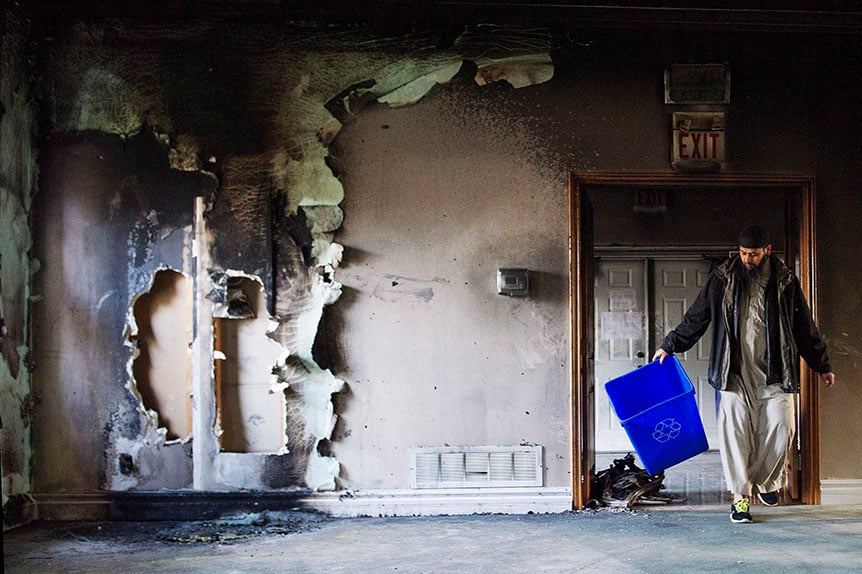 Imam Shazim Khan cleans up debris, on Sunday, November 15, 2015, after the only mosque in Peterborough, Ont., was deliberately set alight Saturday night. (THE CANADIAN PRESS/Christopher Katsarov)

The number of hate crimes in Canada jumped five per cent in 2015 from the year before, according to a Statistic Canada report released Tuesday.

The report looked at a variety of hate-crime statistics—from crime motivations and violations to the demographics of victims and the accused.

In total, 1,362 hate-crimes were reported across the country that year. To put that in perspective, there were nearly two million criminal incidents reported to police in the same year.

An increase in hate-crimes based on religion and race

Two major factor explain the increase—an uptick in religiously-based and race-based hate crimes. Nearly 50 per cent of all hate crimes reported in Canada in 2015 were motivated by hatred of race or ethnicity.

Hate crimes targeting Blacks were still the highest of all racially or ethnically motivated crimes in 2015 (224 incidents), though that was down slightly from the year before.

Hate crimes targeting sexual orientation fell by nine per cent between 2014 and 2015. 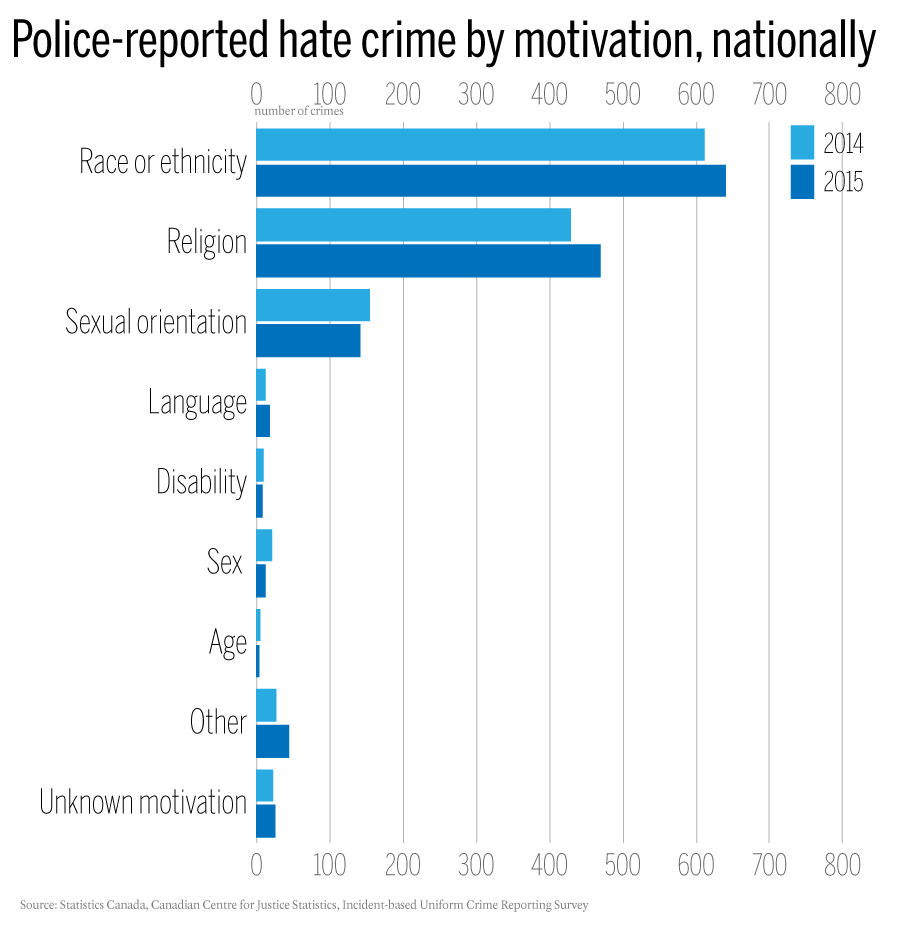 Violent hate crimes increased 15 per cent from 2014 to 2015, accounting for more than two-thirds all police-reported hate crimes. The most common types of violent hate-based crimes were assaults, which jumped13 per cent from the year before, and uttering threats, up 22 per cent. 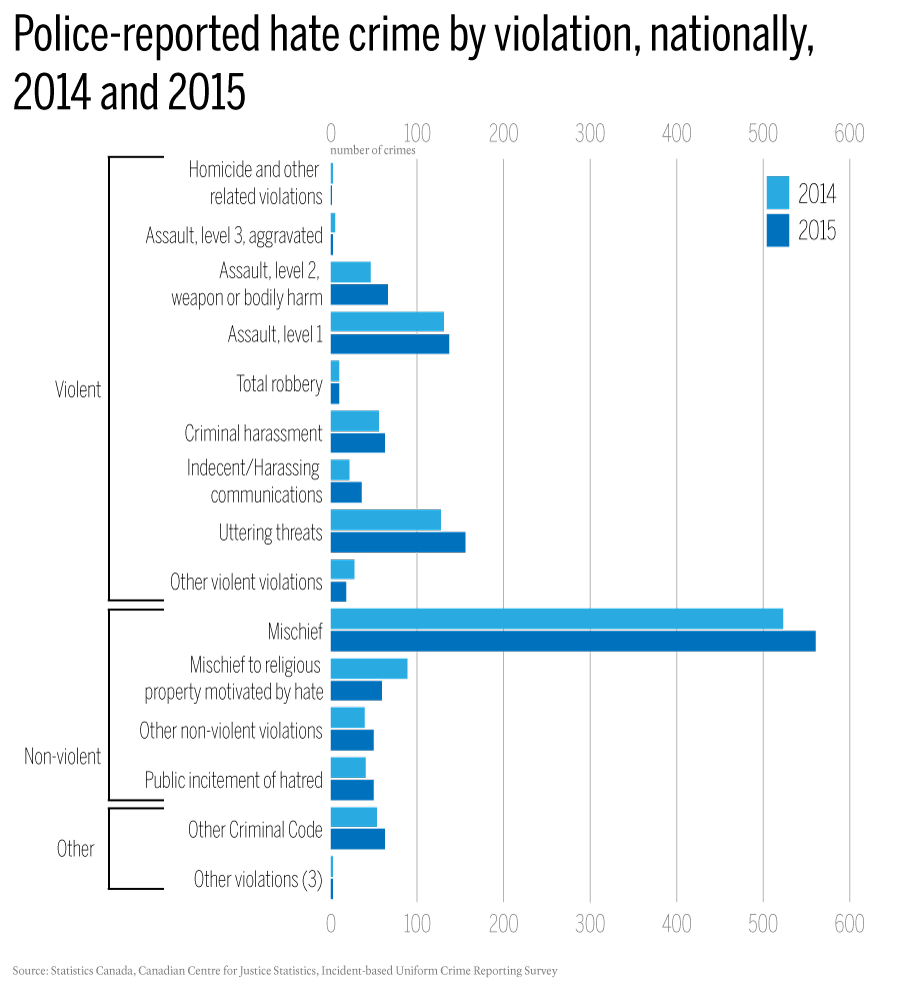 Most victims younger than 35 years old

Nearly 60 per cent of hate crime victims in 2015 were younger than 35 years old, according to the report—a similar percentage as in 2014.

When it comes to victims of hate crimes motivated by religion, however, victims were younger than the year before—people under 35 accounted for nearly 60 per cent of victims in 2015, up from around two-thirds the year before. 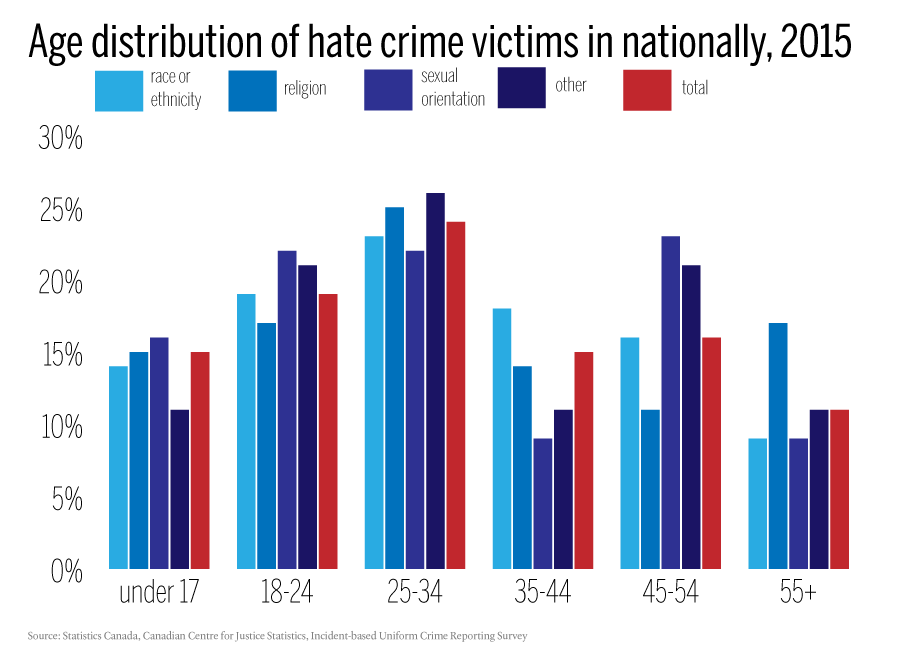 In more than 22 per cent of religious hate crime incidents, young people aged 12 to 17 years old were the perpetrators. Meanwhile people under the age of 24 were responsible for slightly more than half of hate crimes that targeted sexual orientation. 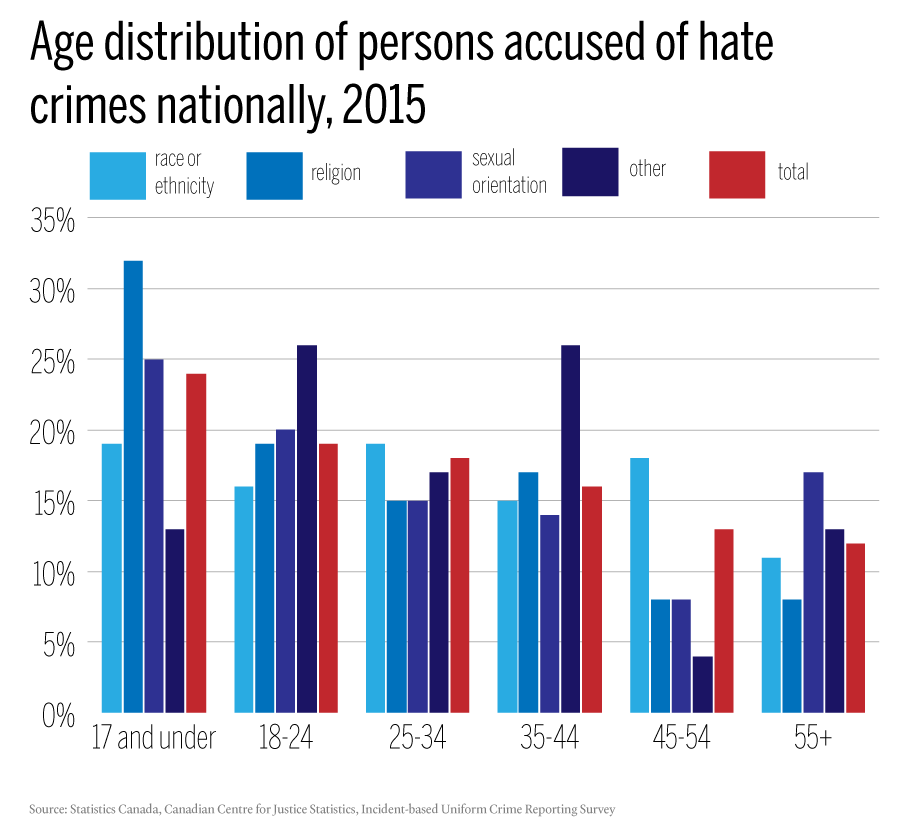 In its report, StatsCan suggested that the actual number of hate crimes could be considerably higher than what it found. It estimated that in two thirds of cases of hate crime, victims don’t file complaints with police. The agency also cautioned that the reporting rates can also vary by the targeted population—for example, some demographic groups might be more willing to report than others.