Sympathies are pouring in to stricken mother Kawthar Barho after tragic Halifax fire: 'It would be hard enough to lose one child. To lose your whole family, seven children—I don’t know what she’s going to do' 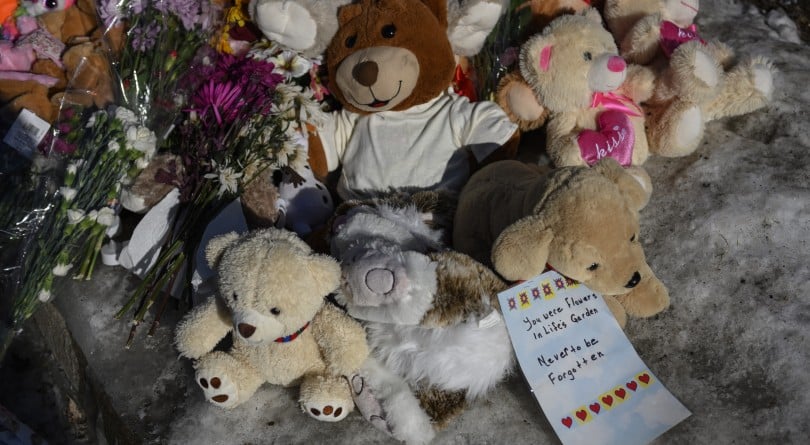 A memorial of flowers and stuffed animal toys outside the scene of a fatal house fire in Spryfield, N.S., near Halifax; the blaze claimed the lives of seven Syrian refugee children and left their father severely burned THE CANADIAN PRESS/Darren Calabrese

At 15, the eldest boy Ahmed had the best sense of humour and, like many teenaged boys, loved girls.

Rola, who was 12, was the little mother to all of the children.

Nine-year-old Mohamad was an excellent athlete.

At the young age of three, Hala ruled the roost.

Rana, 2, had the longest eyelashes and biggest dimples.

Abdullah, only three-months-old, was a sweet, good baby.

At a vigil downtown Halifax Wednesday night, the woman who helped bring the Barho family here from war-torn Syria tearfully shared these descriptions of each of the seven children who perished early Tuesday in the house fire that ripped through the family’s Spryfield home. A crowd of about 300 people gathered in a public square outside city hall under a frigid dark sky to sign a book of condolences and hear community leaders and politicians speak about the tragedy that’s made international headlines and spurred a nation-wide fundraising campaign.

“We have known and loved these kids since before they came to Canada,” said Natalie Wood of the Hants East Assisting Refugees Team (HEART) Society.

As a bell tolled seven times—once in remembrance of each child—many in the crowd wiped their eyes with tissues, sobbed and held their children close.

Obayda Afaghani of Halifax attended the vigil because she was deeply affected by the tragedy. Her 18-year-old daughter Bayan Alshanti had taught one of the children, Ola, Arabic and the Koran at Ummah Mosque.

“I just keep thinking of the mother,” said Afaghani. “She went to bed at night with seven children in a warm home and next morning she has nothing. I have four children and I keep thinking ‘What if? What if?’ And I pray for this mother and I really believe that the children are in a good place. I just pray that she will have patience and get through this and keep her sanity.”

The children’s father, 39-year-old Ebraheim Barho, is critically injured in hospital while the mother, Kawthar Barho, 40, is reportedly in shock. Before coming to the vigil, Wood says she spoke with Kawthar at the hospital. “She wanted to thank you all for standing with her this night,” said Wood.

Ali Duale, a firefighter and executive member of Ummah Mosque, said the mother is in a desperate situation and the only thing that can be done for her is to bring her remaining family members from Syria to her side. “We are asking the Canadian government – the only thing that can replace the seven children is her own mother and her own family so we’re asking her family to be here as soon as possible,” said Duale, eliciting applause from the crowd.

Prime Minister Justin Trudeau attended part of the event but didn’t speak. Afterwards, the Ummah Mosque’s imam, Abdallah Hussein spoke to Trudeau amid a rush of fans and followers, relaying the mother’s only request to bring her family to Canada. “She doesn’t have anyone here in Halifax, no relatives, no friends,” he told Maclean’s afterwards.

Words fail when children are taken from us too soon, especially in circumstances like this. My heart goes out to the survivors of the horrible fire in Halifax this morning, and the loved ones who are mourning this tremendous loss.

Hussein said Trudeau told him he’s working on it, a remark stated earlier in a public speech by Halifax MP Andy Fillmore.

Earlier in the day as electrical engineers combed through the wreckage inside the charred frame of the Spryfield home, a steady stream of neighbours and supporters arrived, some with tears frozen to their cheeks, to add to the pile of flowers, stuffed animals and cards placed in tribute to the Barho family.

The family had sought refuge in Canada in September 2017 through a group of private sponsors, in search of a safe haven to raise their family. They had fled the bloodied battleground city of Raqqa, about 160 km east of Aleppo, which was seized by the Islamic State in 2013 and effectively became its headquarters until the city was freed in October 2017.

The Barho family arrived here to great fanfare in September 2017, and by all appearances, were adapting well to Canadian life.

Photos and video of their arrival at the airport in 2017 show a beaming family eager to embrace their newfound country. Their sponsors, the Hants East Assisting Refugees Team (HEART) Society based in the rural community of East Hants about 50 km north of Halifax, say the children loved going to school, riding bicycles, swimming, celebrating birthday parties and hanging out with their neighbours on the porch swing.

“They loved every minute of it, and it seems impossible that we won’t hear their laughter and feel their hugs again,” said a statement on the HEART Society’s Facebook page. 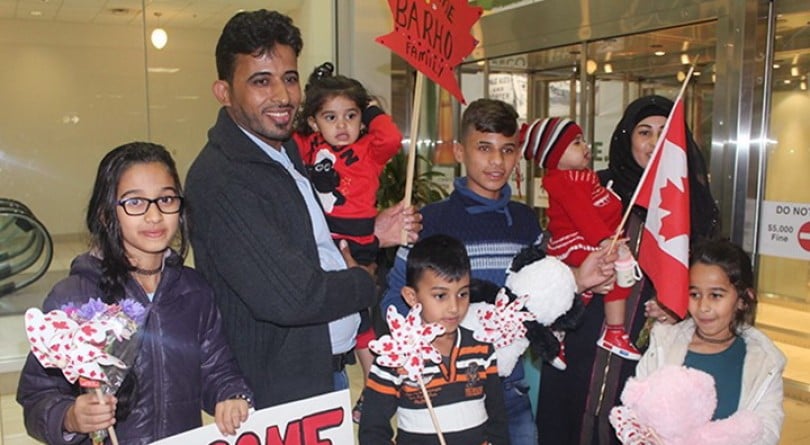 The society also posted photos online of the children which quickly filled with condolences.

Sympathies poured in from across the country, many from communities that had themselves received refugees fleeing the violence in Syria. More than 50,000 have come to the country since the fall of 2015 with the help of private sponsors, community organizations, the federal government and combinations thereof.

The fire ignited inside the vinyl-clad, two-storey home after midnight on Feb. 19, one of the most frigid nights of the year. Neighbours said they awoke to a woman’s screams and looked out to see flames engulfing the entire upper floor of the home. The family had only lived in Spryfield for a few months after moving from the rural community of Elmsdale, pop. 3,000, to take advantage of language training. They were planning on returning to Elmsdale next month.

Meanwhile, a fundraising campaign launched to help the parents quickly surpassed its initial $300,000 goal with donations from every province in Canada, as well as people from 10 countries around the world. In one day, the Halifax House Fire Tragedy Go Fund Me Campaign has raised $380,000 of its $1 million target.

On Wednesday afternoon, as fire investigators remained on the scene, all that was left was a pink and purple toddler’s sneaker on the top step of the entrance to the home. Several boots and shoes were strewn on the lawn.

A growing homage to family could be seen behind the Barho home, a tribute that some are inviting the rest of the city, province and country to participate in by putting a teddy bear on their front porch. Many of the residents of a three-level apartment building, as well as neighbours on their street, had fastened teddy bears to their windows and decks in memory of the lost children. “You want to do something,” said Kaitlyn Griffiths who lives in the building. “Even though there’s nothing you can do to make the situation any better.” 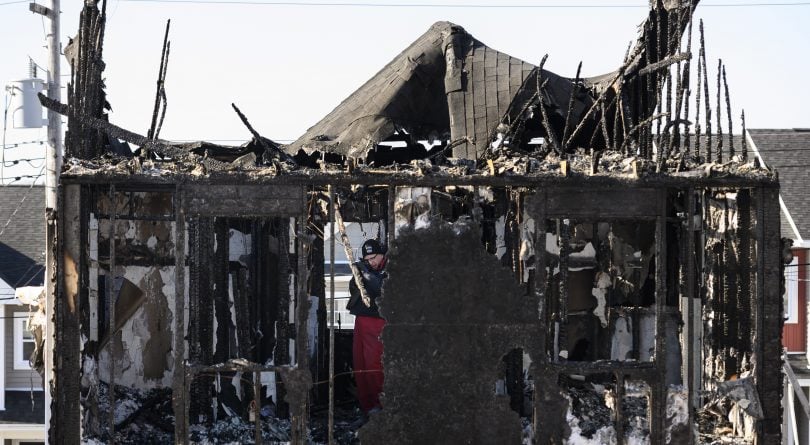