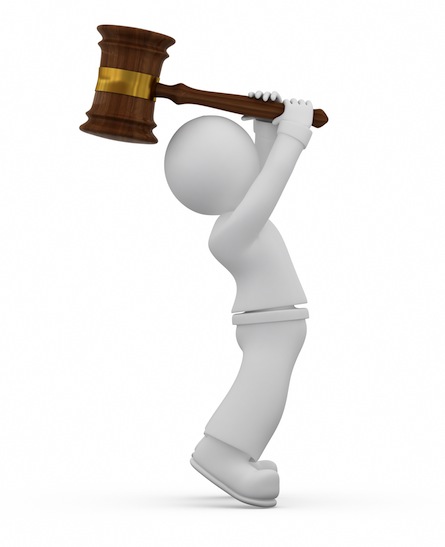 Justice David Price of Ontario’s Superior Court of Justice conversed by email with Maclean’s national correspondent Charlie Gillis about the growing phenomenon of self-representation in court, and how the justice system is responding. Justice Price noted that his views are based on his personal experiences as a judge in civil and family proceedings, and that he was not speaking on behalf of the court.

Q: How prevalent in your experience is self-representation?

Q: What effect does it have on the good operation of the courts?

A: A greater burden is placed on the litigants and the court system by the reduced likelihood of settling outside of court. If the litigants are not able to supply the necessary evidence and legal argument, the judge’s task and the time required to perform it will be greater. These factors may result in the disappointed expectations of both the litigants and the judge—with the frustration that this naturally entails. The judge is disappointed to find that fewer cases on the list settle, that more cases require the judge’s decision, and that more time is required to sift through evidence that the litigants have not properly organized, and to research the law that the litigants have not provided in their argument. The litigant is disappointed to find that the judge cannot decide the case immediately based on the evidence that has been tendered and the limited legal argument that has been made. These frustrations can result in an experience that is unsatisfactory to everyone.

Q: You note that self-represented litigants are less likely to settle. What does that mean to a judge and to the court?

A: The effect can best be understood by reference to the role courts perform in the resolution of disputes. In most civil and family disputes, there are significant advantages litigants can derive from resolving their disputes themselves. These include the quality of a decision the litigants may possess that the judge may not, the expense of lawyers being required to filter the information which the litigants possess through the rules of evidence and procedure so that it can be accepted as evidence, the greater closure that can come from the litigants’ settlement of their dispute, and the impact that a trial may have on the litigants’ relationship with each other and those affected by the dispute. To maximize these advantages for the litigants, most judges do what they can to help the litigants negotiate a settlement of their disputes. They decide the case only if the litigants are unsuccessful in settling it. The efficient processing of cases in court naturally depends, in large part, on how successful the litigants are in resolving their own disputes.

Q: Why role can lawyers play in that process?

A: Self represented litigants, without the consultation of a lawyer, may not fully understand the advantages to them of settling outside of court.  If self-represented litigants do not understand the advantages they can derive from a negotiated settlement, they will be less likely to make the necessary effort to settle and more likely to leave the decision to the judge. The self-represented litigant may also lack the knowledge and experience needed to predict the likely outcome of their case at trial, or to compare that outcome with the options available for settlement. They may therefore be less successful in settling their disputes, which may increase the number of cases the judge must decide.

Q: I imagine that can affect everyone in the process, including the judge.

A: If the self-represented litigant lacks experience of the litigation process, they may not understand the extent to which the judge’s ability to arrive at a proper decision depends on relevant evidence being adduced and organized, and necessary argument on the law being provided. Self-represented litigants who lack this understanding may have unrealistically high expectations of the judge.

Q: The stereotype of the self-representing litigant used to be that of a deluded person—typically with no means, perhaps mentally unstable—pursuing a hopeless cause. How far is that from the reality now seen in our courts on a daily basis?

A: Using stereotypes of any kind to describe litigants tends to over-simplify a legal landscape that, by its nature, encompasses society as a whole in all its diversity. Litigants represent themselves for a multitude of reasons. These include a lack of financial resources; a limited understanding of the legal system and the costs and benefits of legal representation; the death or incapacity of a lawyer initially retained; and a litigant’s inability to give the necessary instructions to a lawyer by reason of language, culture, or intellectual or mental incapacity. The unrepresented litigant today may be the perfectly competent defendant in a domestic dispute—a single, or soon to be single—mother, or father.

Q: Is this a trend you expect to continue?

A: Higher costs of legal representation, economic hardship, and greater public access to legal data bases will continue to lead to greater numbers of litigants who choose to represent themselves in court. The court must respond effectively to the growing numbers of self-represented litigants, and governments must recognize the demographic changes among those using the courts.  It must provide the court with adequate resources to continue serving the public effectively with the same high quality of justice it has delivered in the past. This is essential if the public’s access to justice is to be preserved.

Q: What happens when mental problems do come into play?

A: Problems, including mental illness or personality disorder, that can cause a litigant’s case to be rejected by a lawyer, do not automatically disqualify a litigant from appearing in court. It’s therefore incumbent on the court to identify factors that impair a litigants’ ability to represent themselves. We must adopt strategies that enable ourselves to accommodate such litigants’ needs effectively, while preventing their problems from interfering with other litigants’ access to the courts.

Q: Even when self-represented litigants have no mental issues, do judges have to have to take steps to ensure they get a fair shake?

A: A judge may try to empower self-represented litigants by explaining how the court system is designed to facilitate their negotiation of a settlement of their own dispute, and the advantages that they derive from resolving the issues in that way. I personally refer self-represented litigants, especially in family law cases, to books they can access to improve their ability to communicate with each other in a conflict, and to improve their understanding of the challenges they face in separation and divorce, and as parents when creating two households for their children following separation.

Q: Are there other resources available to them?

A: I inform litigants of the resources that are available to them on the internet, such as on the Ministry of the Attorney General website, and the CanLII legal database, containing information, such as the Federal Child Support Guidelines, and Advisory Spousal Support Guidelines, that the court will likely apply in their case. I advise them of the public mediation service that is available at the courthouse, and of resources such as the Office of the Children’s Lawyer, Supervised Access Centres, Drug and Alcohol Assessment and Treatment facilities, and certified valuators of property, businesses, and income, that may help them resolve the issues in dispute between them. My colleagues and I also provide, at trial management conferences, a memo to self-represented litigants describing what will be expected of them at their forthcoming trial.

Q: How in your experience are so-called “self-reps” treated by others in the legal profession?

A: Both the Ministry of the Attorney General and the Courts have created web-sites that are increasingly “user-friendly” to empower self-represented litigants to make effective use of the legal system to resolve their disputes. The Divorce Act imposes a legal obligation on lawyers to inform clients of the resources that are available to them in the community to help them explore the possibility of reconciliation. Whether the goal is to enhance their ability to do that, or simply to help them separate more fairly and amicably, lawyers need better information about the resources that are available in the community. Governments could provide a more useful service as a conduit for such information