A moment of bliss for Michael Kovrig, and for all of Canada

Image of the Week: Free at long last, Michael Kovrig steps into the embrace of Vina Nadjibulla, his wife and most devoted advocate 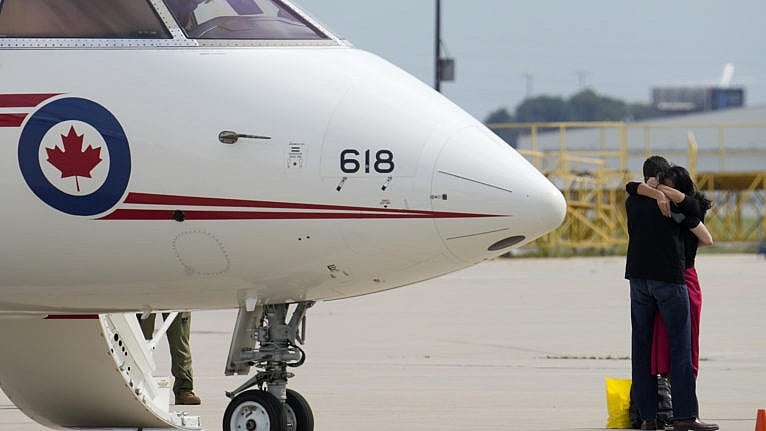 It woud be understandable if, after spending more than 1,000 days locked up in a squalid, overstuffed Chinese jail, Michael Kovrig returned to Canada angry and bitter. He was, after all, arbitrarily detained—he lost nearly three years of freedom because China demanded retribution for Canada arresting Huawei executive Meng Wanzhou. But any resentment seemed to wash away as Kovrig stepped off the plane at Toronto’s Pearson airport on Saturday and into the embrace of his wife, Vina Nadjibulla, who, though they are separated, has been his most dedicated and vocal advocate during this whole ordeal. In an early interview with Global’s The West Block, she could hardly contain her excitement next to a gaunt Kovrig, who showed diplomatic grace and poise, thanking Canadians for their support. There will be plenty of time for unpacking emotions and analyzing foreign affairs in the weeks and months to come. For now, let’s just enjoy this moment of bliss.