Lining up to say goodbye to Cpl. Nathan Cirillo

Those who knew the young corporal remember him as charismatic and loving. But at his visitation, it was that smile that came to mind first for so many. 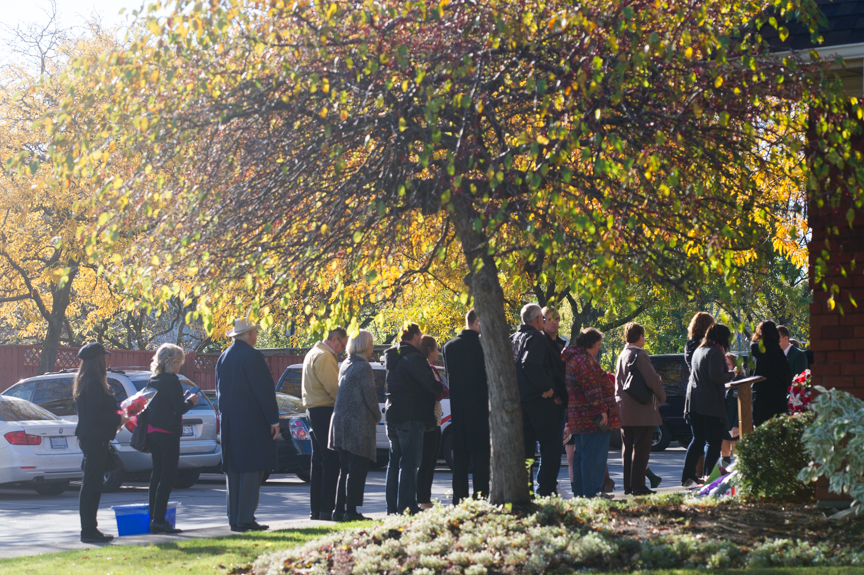 As a child, Cpl. Nathan Cirillo would pose for a photo every September to mark the first day of school. He held up a piece of paper that said the name of his school and the new grade he was about to start. With each passing year, he looks slightly more mature, but his wide, dimply smile and bright brown eyes stay the same. Even in the midst of sadness, it’s hard not to smile right back at him in these photos, among the many on display at Monday’s public viewing for the young corporal.

From morning until night, thousands of grieving Canadians from all walks of life—some even with their dogs—lined up outside the Markey-Dermody funeral home in Hamilton to bring flowers, cards, and to pay their respects. A handful of people came from as far as Winnipeg and Montreal. Many who came out for the procession on Friday that brought him home from Ottawa were there again, grateful for another opportunity to show solidarity.

As expected, the security for the event was intense: Two police officers on horseback guarded the main entrance, which had at least four other police officers walking around at all times. A retired U.S. marine who came up from Buffalo, N.Y., stood with an American flag. And even though everyone was searched on the way in, the line moved quickly.

Before entering the room in which Cirillo has lain for three days, visitors paused in front of the large frames with dozens of photos that provide a tiny glimpse into his life and the man he was: He loved animals, hockey, his son, and serving his country. He’s there, about eight years old, running around the yard with a German Shepherd and a toy gun. He’s carving pumpkins with his family, singing and playing the guitar. In the photos of him when he’s older, he’s mostly in uniform or hanging out with friends. 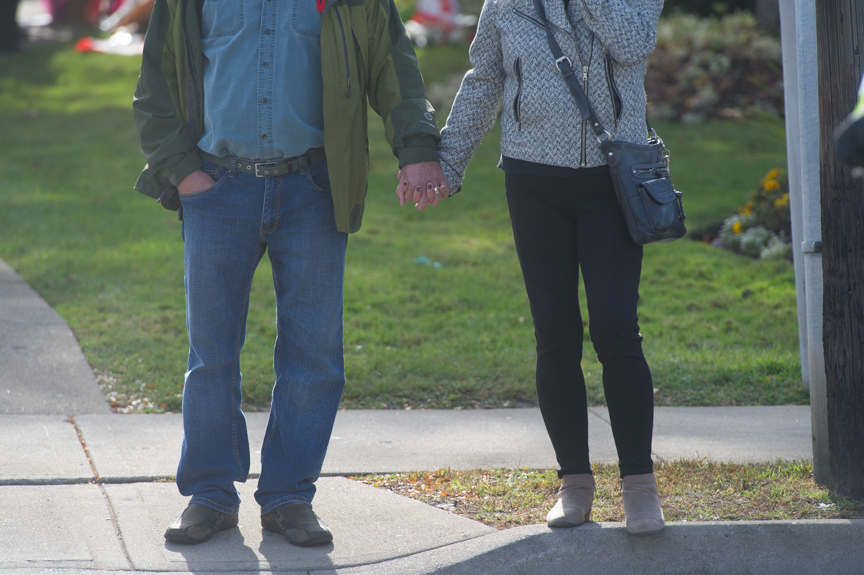 MACLEANS-CIRILLO-10.27.14-HAMILTON, ON: Crpl Nathan Cirillo receives a public visitation at a funeral home on King Street in Hamilton, ON.

Those who knew Cirillo remember him as a charismatic and loving guy, who made friends wherever he went. But it’s that smile that’s always the first thing that comes to mind.

Jenn Ainsocow, a good friend of Cirillo’s from high school, calls his the “thousand–mile smile” that could always cheer her up. On her way out from the viewing, she tries her best not to cry. “I know I’ll see him again eventually, in a better place,” she said. “He died doing what he loved.”

“I’ll always remember how funny he was and how he smiled,” said Cpl. Don Dixon, a fellow Argyll from Cirillo’s regiment. “He really was the life of the party.”

Throughout the day, emotions ran high. Catharine Shrieber got in line well before the doors opened at 9 a.m. Her son was friends with Cirillo, and she was incensed by the situation. “I shouldn’t have to be here—no mother should have to be here, to have this happen,” she said through tears. And complete strangers experienced emotions just as strong. Raquel Caruso, a 21-year-old from Hamilton, came with her mother to the visitation in the afternoon. “I’ve been so upset ever since I heard about what happened to him—I can’t control it,” she said. “I don’t understand how someone guarding our [National War] Memorial could get shot and killed. Lives like his shouldn’t be at such risk.”

But for the most part, people were pensive and humbled. A busload of high school students from Hillfield Strathallan arrived mid-morning; their school has an annual Remembrance Day ceremony with the Argyll and Sutherland Highlanders, so they felt especially compelled to make an appearance. “This week is making me think a lot about the good in my life and the importance of community,” said one student.

Pritam Dhanjal immigrated to Canada from India 45 years ago. He and his wife stayed inside the funeral home for half an hour. “He was guarding our heritage and he sacrificed his life for us. How he died will not change our values and our way of life here in Canada,” he said afterward.

To the left of the visitation room was Cpl. Cirillo’s open casket, guarded on either side by two Highlanders from his regiment. At the end of the night, there was a heaping pile of poppies and notes at the front, from mourners placing them down as they left. One girl pointed to him and said to her Mom: “I swear I can feel him smiling.”