A raspberry a day, a levy you’ll pay 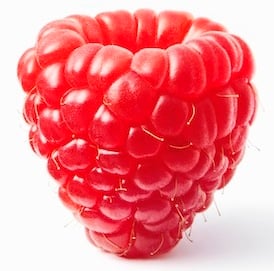 If you haven’t heard about the nutritional benefits of eating raspberries, you probably will soon. The country’s largest association of raspberry growers wants federal permission to create a marketing agency for the tangy, red fruit—and to charge a half-cent per pound of berries sold in Canada to fund its research and advertising.

The new agency would have no control of the supply of raspberries in Canada, says Sharmin Gamiet, executive director of the B.C. Raspberry Industry Development Council, the group behind the proposal. Instead, the initiative would aim to lift the public perception of raspberries, much as a U.S.-based campaign promoting blueberries as a source of antioxidants boosted that fruit’s market share in the early 2000s. “We want to get some scientific information out there,” she says, “and promote our product.”

Canadian raspberry growers have had it tough in recent years, as an influx of low-cost berries from Chile and Mexico has driven their share of domestic sales from 63 per cent in 2006 to just 30 per cent in 2011. The new levy would apply to both imported and domestically sold berries, but not to suppliers who ship less than 10,000 lb. annually. That means only a handful of producers outside B.C., where 85 per cent of Canadian raspberries are grown, would have to pay it.

But to charge it, suppliers must first comply with WTO rules by forming a national body recognized by the Farm Products Council of Canada, an arm of the federal agriculture ministry that is now seeking public input on the proposal. Gamiet insists consumers won’t notice a change in prices for fresh raspberries or jam, which are determined largely by global supplies. But if all goes well, the plan will renew interest in a market that Canada risks losing to international competitors—seeds and all.