A real nation would not let this happen

We care more about postal service, child care and tax credits for the suburban middle class than we do Aboriginal issues. What kind of a nation are we? 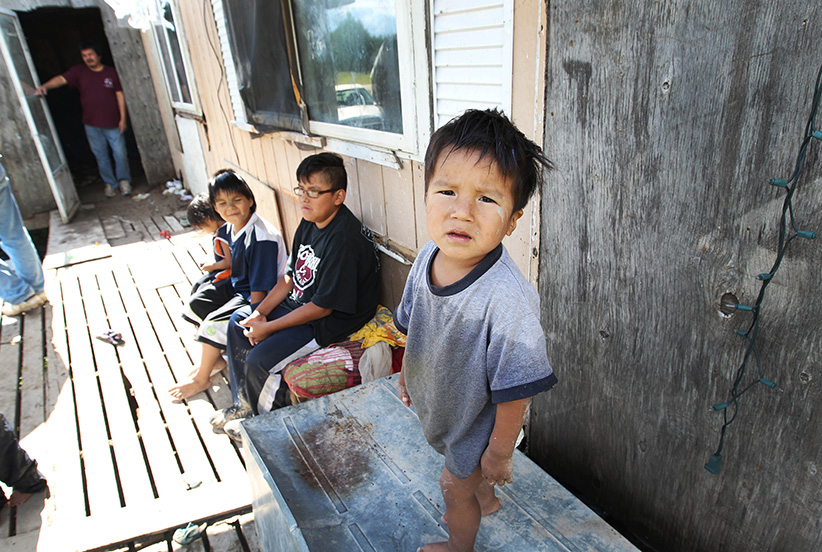 As this goes to print, the election campaign has run for 60 days. That’s eight weeks, four debates, dozens of rallies, hundreds of speeches, and countless promises.

Politicians have run from coast to coast and back again, handing out prizes to you and you and you. Stephen Harper has promised dairy farmers he will maintain the supply management system, for the Northwest Territories it was a paved highway, and for sports fishermen in British Columbia it was money to protect salmon. In Newfoundland, Tom Mulcair vowed he would reopen a Coast Guard centre, in Kamloops, B.C., it was money for community sports, in Niagara Falls, Ont., it was support for the tourism industry. In Waterloo, Ont., Justin Trudeau pledged $500 million for skills training, in Quebec it was to cut the proposed toll on a bridge, and for teachers a $150 tax credit.

The full lists of promises made, money pledged, attention paid, runs for many pages. Almost every special interest group, economic sector and demographic has been showered with lavish praise and money. The middle class, in particular, has done very well since the election began.

Meanwhile, for other Canadians, the last 60 days have been not quite as fortunate. If it’s a typical eight weeks in Canada, then 1,425 Aboriginal kids dropped out of school, a rate three times the national average. Since the campaign began, 45 Aboriginal children died in infancy; they would have lived longer if they’d been born in Sri Lanka. As Canadian politicians bickered on the evening news, 1,074 Aboriginal children and 6,265 Aboriginal women were sexually assaulted. Since the writ dropped, 33,534 Aboriginals were violently victimized. Another 182 committed suicide, roughly eight times the national rate. And, if the last two months were anything like the last decade, 11 were murdered, at a rate almost seven times higher than the national average.

But sure, let’s talk about the niqab instead.

Politicians are pushing each other out of the way as they scramble to give the hard-pressed suburban middle class the help they need. Meanwhile, other Canadians living on reserves and in the inner city are disappearing, assaulting and killing each other and themselves, at a rate typically only seen in countries that have been torn apart by war.

Political advisers call this micro-targeting, the direct appeal to speciﬁc, identiﬁable groups. As voter turnout rates continue to fall, this strategy has proven very effective at motivating supporters off the couch and into the voting booth. The stay-at-home mom in Halifax? She hates her rec room, so you give her a home renovation credit. The bigot in Hamilton? He dislikes Muslims, so you promise to limit refugees. The dock worker in Vancouver? She needs a raise, so you pledge fealty to her union.

The party leaders build their campaigns on these isolated, focused announcements. Small promises for small men and women, them and us—because this strategy only works if we respond. And we do.

We respond because we are nothing more than a collection of special interest groups. We are dairy farmers or oil workers, urban or rural, francophone or anglophone, Manitobans or Nova Scotians. But we are not a people, not a nation, not really. If we were, we would not be able to ignore each other, ignore other Canadians, the way we ignore the Aboriginal community. We would not allow our politicians to reduce us to Pavlovian demographics, salivating at the sight of a specially crafted handout. We would be unleashing a full-throated cry of anger and dismay, that so many fellow Canadians are growing up alone and lost, that so many of us are living in abject poverty and then dying miserably.

We would shout down every stump speech about the “struggling” middle class and demand more for the least fortunate among us. We would scream in frustration as yet another young Aboriginal is found hanging, unnamed and unmourned.

But we don’t. We just stand there, heads down, hands out.

I don’t know who to be more ashamed of, our politicians or us.