A big gift to Minto, Man., from a Vancouver couple that had ties to the area has to go toward youth sports. Just one problem: Minto only has 41 kids. 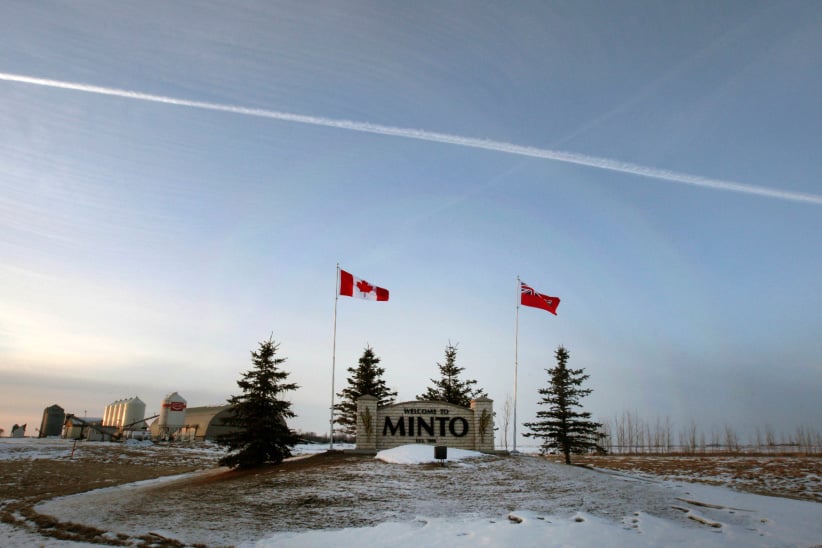 The challenge is that Minto, Man., only has 41 youth.

“It’s rather daunting right now,” says Lynn Flewitt, chairman of the town’s philanthropic board, which received the first $55,000 annual installment in January. “There’s more coming in November.” The town is one of eight beneficiaries of a fund established by Lloyd and Elsie Campbell, millionaire developers who had family roots in Minto but spent most of their lives in Vancouver.

Lloyd grew up playing hockey and baseball, and before he died in 2005, and Elsie, last year, the couple specified, “these funds are to be used to supply the Minto School District with sports-related equipment and sports day transportation and to supply recreational equipment to maintain playground facilities and sports facilities for junior ball hockey clubs.”

New dirt for the baseball diamond is an obvious first project, but the town needs more expensive ideas. Hockey gear, coaching clinics, gardening spades, violins—suggestions have come from a survey and town meeting. The money could be used to build a gym for the Mini Mustang Corral Daycare, which now uses a former recycling plant for extra space; the gift could pay for a splash pad, or it could put the Minto Skating Centre back in mint condition. “Hopefully everyone went home and is madly writing down what they want to see,” says Don Joye, a lifetime resident, after the meeting. “We’re kind of the envy of every small town in Manitoba.”

Since most residents are seniors, Minto is liberally interpreting the strings attached to the gift. “It’s not black and white,” says Flewitt. “There’s a bit of a grey area in there.” Flewitt says the money (administered by the Vancouver Foundation) could pay for new flooring in the town hall, which would benefit youth who play there, among others. Minto could also build its first pool, an age-inclusive fixture.

Behind the spending spree, the donors remain unknown. Lloyd Campbell moved out of town when he was 10 years old and went on to make millions as a developer in Vancouver and Palm Springs. “I lived in Minto all my life and never met them,” says Joye, whose father, Cyril, grew up down the road from the Campbells. “He was our buddy,” says Cyril. But after the family left, Cyril says, “they disappeared.”

Although Lloyd didn’t visit Minto, his loyalty to the town may be explained through long family roots. Lloyd’s great-great-grandfather arrived in Minto in 1846 from Ireland, according to a history book compiled by Minto locals. The grandfather was struck by lightning but was fortunately survived by his wife and children (as well as the cow and chicken that were with him beneath the bolt). The family’s homestead became known as “the Campbell corner,” a refuge for storm stayed travellers. The house was demolished in 1978, but the limestone steps are still on the site.

Minto now has seven businesses, including an agricultural research lab and a food market that triples as the liquor store and post office. The gift could help Minto grow its population, which hovers around 225 (although growth would demand an overhaul of the septic system—Flewitt says, “how much it’s able to sustain is maybe questionable at this time.”) New complexes and sports funding might attract families; right now, the hockey team hopes for new jerseys, but in the long term, it can hope for subs.