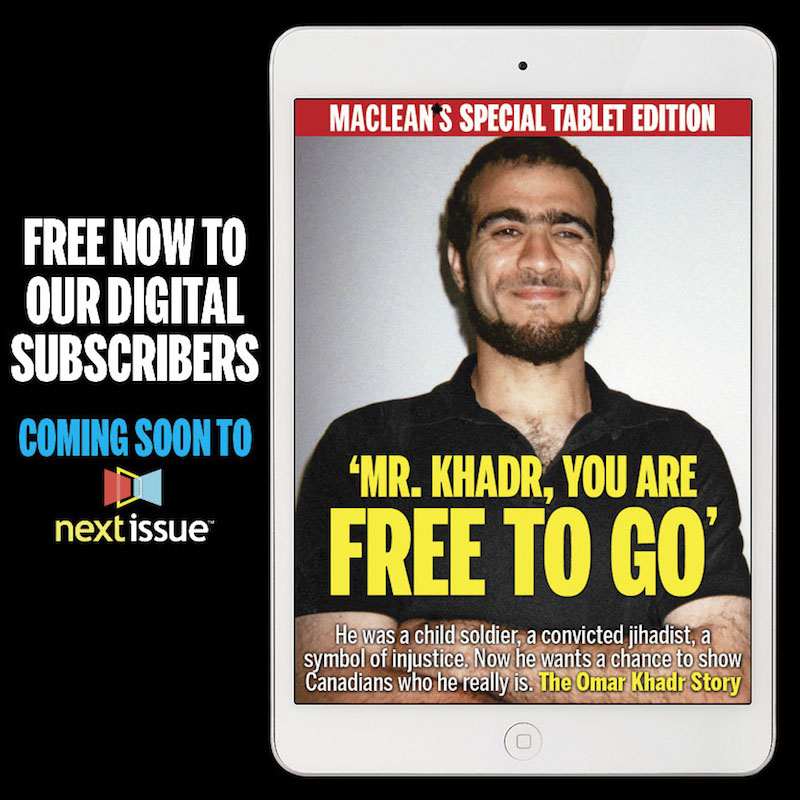 Omar Khadr set foot in the free world today for the first time in 13 years, as one of the most divisive figures in Canada. Innocent child soldier or conniving jihadist? Arrested at age 15 in Afghanistan and prosecuted for the death of an American soldier, Khadr—a Canadian citizen—spent 10 years in Guantanamo Bay before being extradited back to Canada in 2012, where he continued to be a political hot potato, drawing condemnation from the Conservative government and concern from the U.S.

Maclean’s Senior Writer Michael Friscolanti has been following Khadr’s case since 2006, when he wrote a cover story about the controversial family. He’s also been dogged in pursuing information about Khadr via the Access to Information Act, and was the first to view a complete transcript of a seven-hour interview with Khadr by a forensic psychiatrist at Guantanamo, a chance to hear Khadr in his own words.

In this iPad special, Maclean‘s delves deep into our archives, dating back to 1996—when Khadr’s father first appeared in the news, arrested on charges of aiding and abetting terrorists in Pakistan, and trying to convince then prime minister Jean Chrétien to vouch for him—right up to the historic decision that saw Khadr, now 28, walk free in the country of his birth, for the first time as an adult.

Read our tablet-exclusive special issue about the trial and trials of Omar Khadr, available for tablet and mobile readers on Next Issue, Apple Newsstand and Google Play.