A stalemate on pensions leaves workers in the lurch

Defined Benefit pensions may be a pipe dream rooted in the past, but governments and employers haven't created a suitable alternative—and workers deserve better 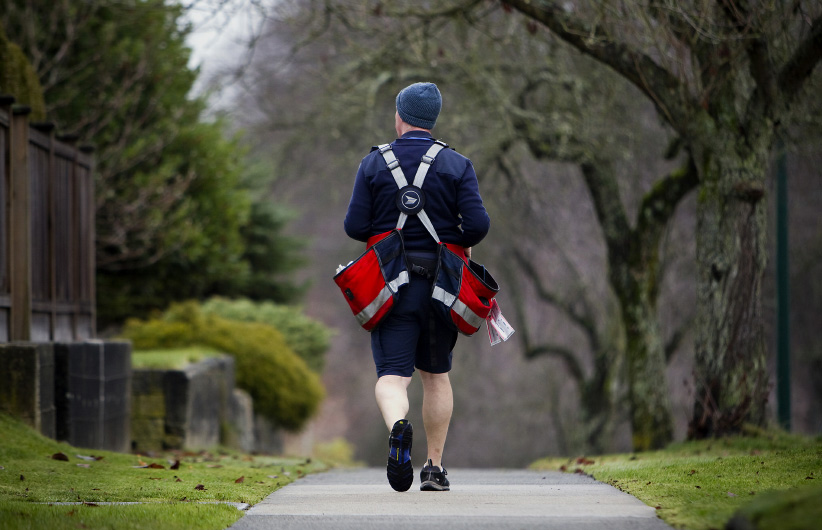 After a long, tense summer in which lockouts and strike action were threatened, Canada Post finally came to an agreement with the Canadian Union of Postal Workers (CUPW). The reasons for the standoff were many, including staffing levels for long routes (which often required overtime to cover), and pay equity for rural carriers—mostly women—who made 28 per cent less than their urban counterparts. But one issue remains unresolved: Canada Post wants to switch new employees from a defined benefit (DB) plan to a defined contribution (DC) plan. The fact that Canada Post and the CUPW punted on this issue is no surprise. It seems no organization, whether public sector employer, private employer, or government agency, can figure out exactly what to do about pensions. With middle-class incomes remaining stagnant, the cost of living increasing, and retirees living longer than ever, this stalemate is leaving workers in the lurch.

To the extent that Canadian employees even have a pension plan (and fewer than 40 per cent do), defined benefit plans are the gold standard. DB plans guarantee an annual income to retiring employees based on several factors, including age at retirement and whether a spouse will receive payments if the retiree passes away. Under DB plans, employers are taking a huge risk: if the investment returns generated by the pension managers aren’t enough to cover the payout to retirees, it’s up to the employer to make up the difference. Unfunded liabilities made up roughly $10 billion in employer contributions in 2014, and in the 2012-13 period, they jumped by 25 per cent.

RELATED: Why both sides in the Canada Post dispute are in bad position

On the other hand, DC plans shift market risk away from employers, and drop it into the lap of employees. Full disclosure: I work for a company that administers DC plans. Also, Rogers, the parent company of Maclean’s, offers only DC plans to its new employees.

There are no guarantees with DC plans; all that’s known is how much the employee will contribute to the plan, and how much the employer will match. Typically, employees are required to contribute at least two per cent of each paycheque into a DC plan, and employers will kick in an identical amount, matching the employee up to five per cent of their salary. In most DC plans, the employee is ultimately the investment manager: a third-party investment company will provide a menu of investment funds, and employees make the choice. If they’ve chosen well, their contributions, the employer-matched amounts, and the compounded returns generated by the funds will leave a large enough lump sum for the employee to retire on.

Here’s the problem with that. Middle-class workers—mail carriers, as well as health care workers, electricians, and carpenters—are not money managers. Though investment companies offer education seminars, one-on-one sessions, online literature, and over-the-phone support, employees often become overwhelmed, and choose poorly. They’ll pick attractive-looking funds based on their past investment returns, which is no guarantee those funds will continue to perform well. Or they’ll pick funds that appear safe, like GICs, which offer interest rates too low to keep up with inflation. Some don’t choose at all, and their contributions accrue next to nothing in money market accounts. On top of these pitfalls, employees often forget to check in, and as their life circumstances change, their investments don’t. Replacing DB pensions one-for-one with DC plans is akin to an orphanage laying off the cafeteria employees, and handing keys to the larder over to the kids.

RELATED: Were people worried about a Canada Post labour dispute?

This isn’t to say DC pension plans are a bad option: they’re not, and can offer a great supplement to other employer-sponsored accounts. But DC pensions can’t possibly live up to the false, 40-years-and-a-gold-watch hopes offered by DB plans. Back when middle-class families could afford to buy homes on a single income, and when interest rates were in the high single digits, DB plans could provide a lifetime guaranteed income for retirees. Decades ago, investment managers could make reasonable forecasts when bonds were fetching seven and eight per cent interest. Now, with interest rates pressed into the low single digits, managers are forced to chase riskier investments and are left at the mercy of fickle markets. And where once employers could use DB pensions to attract talented prospects and prevent good employees from leaving, they’ve become an ever-widening hole in the budget. Public sector employers struggle with them, and the private sector has mostly ditched them altogether.

Theoretically, government could try to mitigate the risks of pension uncertainty by expanding the Canada Pension Plan. In July, Prime Minister Justin Trudeau promised to do exactly that, with a gradual increase in CPP benefits beginning in 2019. But even if government were to solve this problem in the short term by absorbing pension liabilities, all they’ve done is guarantee future budget deficits, if not higher inflation risk.

It’s a good thing Canada Post and the CUPW worked out an agreement. A postal disruption would have caused massive headaches for retailers, small businesses, and people who depend on their benefit cheques being delivered on time. But the still-unresolved pension question will have to be addressed, and soon. The reality is, we’re not living in the 1970s, and DB pensions have become a social pipe dream. Neither government nor employers have created suitable alternatives. With this much uncertainty in both the job and investment markets, we can’t keep kicking this can down the road.