A tiny-house movement in Alberta hits a big wall

Some residents fear the tiny homes will drive down property values. The controversy has been a dose of cold reality for those who imagine compact living as an answer to an ongoing housing crunch. 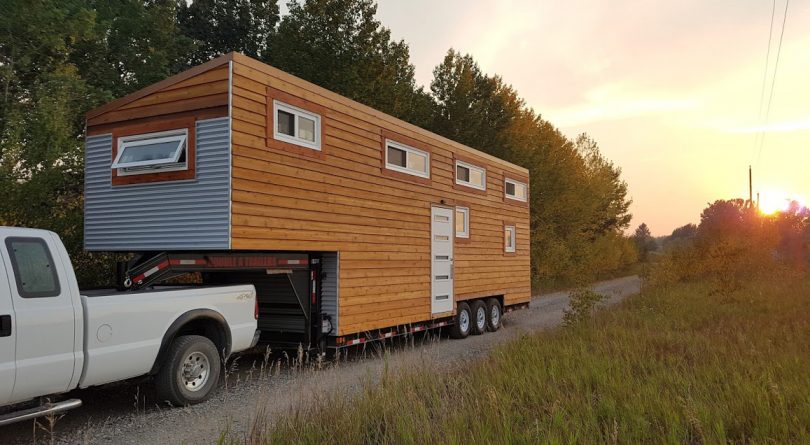 When Thomas Grenier was close to finishing his master’s degree in biomedical technology at the University of Calgary, he grew disenchanted with academic life and began considering his options. His grandfather, who had spent his entire career working for a construction company in Calgary, had barns full of rare cuts of wood—“bits and ends,” Grenier recalls, “that could easily be incorporated into a tiny home. I decided that I really wanted to live in a tiny home myself.”

Grenier now owns a design-and-build company called Vagabond Tiny Homes, which is driven by the motto that “living in a smaller space does not necessitate a smaller life.”

His idea gave rise a few years ago to an initiative in Okotoks, Alta., a fast-growing exurb south of Calgary, in which the town would partner with Vagabond and a special fund through the Canada Mortgage and Housing Corporation to erect 42 affordable-housing rental units—environmentally friendly tiny homes dubbed the “Homestead ecovillage.”

The group received conditional approval for CMHC funding three years ago, with a six-month deadline to make use of the money. But now, unexpectedly, that fast-closing window has become an issue. The ecovillage, part of a larger community development known as the Homestead Project, has hit a brick wall of local disapproval, with 3,000 residents signing a petition opposing it and town council voting in August to withhold the ecovillage portion of the Homestead Project. 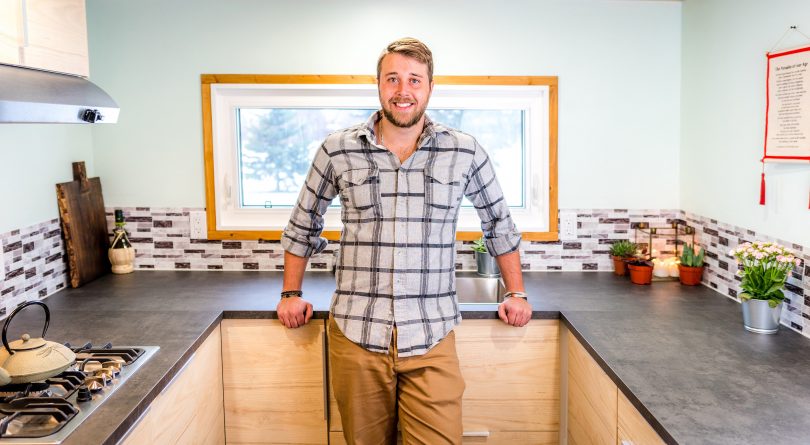 Residents fear the tiny homes will drive down property values, and the controversy has been a dose of cold reality for those who imagine compact living as an answer to the housing crunch and sustainability challenges afflicting cities across the country. If a solution as adorably picturesque as a village of tiny houses can’t win people over, what can?

It’s a vision with a dedicated following. Tiny houses are part of a movement that began in the U.S. in the 1990s and swiftly gained favour among people aspiring to simpler, cheaper lives with a smaller environmental footprint. TV shows like Tiny House Nation follow adventurous families taking the plunge into ultra-efficient micro-homes, some of them perched on wheels for easy mobility. You can order a modular tiny house through Amazon.

They’ve also become a go-to symbol for Indigenous protestors, who build them in the path of projects like pipelines as a representation of both their presence on the land and their sense of environmental responsibility.

The difficulty is finding permanent places for them. Tiny homes, like any other structures, must meet local building and zoning regulations that typically don’t contemplate such small buildings for human habitation. And banks often refuse ﬁnancing for properties smaller than 400 square feet. So tiny houses can be tricky to occupy legally: some owners live below the radar, moving their homes around to avoid code enforcement.

Grenier, for one, believes there was “a fairly substantial misinformation” campaign spearheaded by the Okotoks Ratepayers Community Group, which launched the petition, and that the investment structure of the project was mischaracterized. The town, he says, stood to make about $6 million off its $3.4 million investment. After 60 years, it would get to keep the ecovillage, along with a community building and solar energy cells that would help power it. 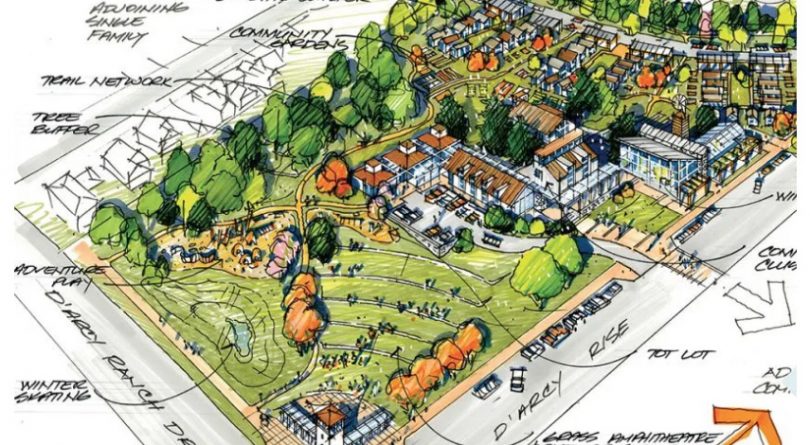 A rendering of the Homestead Project that had been proposed for Okotoks. The first phase would have included an eco-village of 42 tiny homes. The project was cancelled earlier this year due to a petition from residents opposed to the project. (Town of Okotoks)

Ryan Nix, co-founder of the ratepayers group, rejects the criticism, saying his group was working with the information presented by the project’s own backers. “It didn’t really make sense that we would be spending that many tax dollars on so few affordable housing units,” he says. “Traditional builds in town have resulted in many more units for much less cost.”

Okotoks lies along the Sheep River Valley, and like many other Canadian municipalities, has a shortage of affordable housing. The town’s median home price is $438,000, according to Zolo, while average personal income hovers around $56,000. To Grenier and company, it seemed “a great opportunity,” with the second-highest local need for affordable housing in the province, there was a chance, he says, to bring instant beneﬁt to people’s lives, adding: “I think our waiting list of 400 people exemplifies that.”

Dawn Smith, environmental and sustainability manager for the town, says ofﬁcials got interested in the “village” model because it avoided the scenario of “a tiny, solitary home off on its own.”

RELATED: What Canada could learn from a Dutch self-build housing movement

As it stands, most cities have strict requirements for what constitutes single-family homes and treat smaller dwellings as accessories to traditional houses. Many also require residences to be connected to utilities, which holds little appeal for micro-home enthusiasts seeking proximity to nature and who use alternative energy sources such as solar panels.

There are also discernible cultural barriers. In Canada, houses are seen as emblems of success, social mobility and security, not to mention a safe investment that increases in value over time.“Any type of change is challenging to sell,” says Smith, “especially when it’s physical and visual.”

Still, with the fate of the Homestead ecovillage now sealed, Okotoks town council will turn its attention to finding new ways to bring affordable housing to the community. And Grenier must move on to new vistas. “The tiny homes in the middle of the woods are a dream for a lot of people,” he says. “It’s a lifestyle that reinforces the spirit of community, and it’s something that, to me, is valuable to society.”