A year after a tragedy, a First Nations fire chief seeks solutions

When nine died on March 29, 2016 in a Pikangikum house fire, Matthew Miller got angry—and set to work 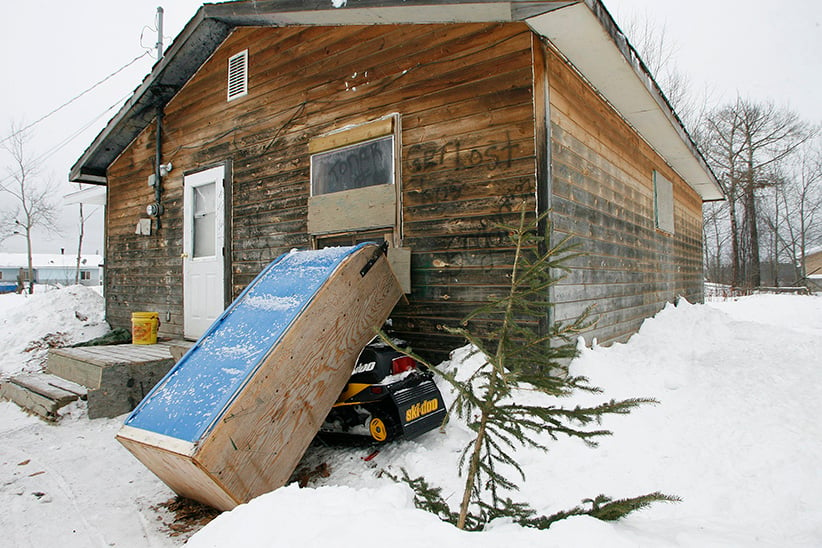 About a half hour before midnight, a year ago today, the alarm sounded in Pikangikum that a house was on fire. By then, though, the blaze was roaring, and the remote Ojibway community in northwestern Ontario doesn’t have much of a fire department. Two days later, Ontario Fire Marshal’s investigators flew in, staked a grid of taut string over the ashes, and began the grim task of sifting.

So utterly had the overcrowded little bungalow and almost everything in it been destroyed, one investigator said later, that it was like working on an archeological dig. Still, they carefully retrieved the remains of the nine family members who, as the sorely grieving community already knew, had died in the fire: grandparents, parents, little children.

RELATED: Canada—home to Pikangikum, suicide capital of the world

Pikangikum, a fly-in reserve of roughly 2,400, endures much more than its share of suffering. Suicide, addiction, poverty and violence all take their toll. But this was terrible enough to resonate as a singular tragedy. In the far opposite corner of the province, Matthew Miller, the fire chief of the Six Nations of the Grand River in southwestern Ontario, took the news hard.

Miller, 36, has been a paramedic and fire fighter since he was 19, gaining experience working in both in First Nations communities and cities like Hamilton and Waterloo. During a stint with Ontario’s air ambulance service—his dream job at the time, he says—Miller visited dozens of northern reserves accessible mainly by small plane, including Pikangikum.

He’s proud of the highly professional Six Nations Fire and Emergency Service he now leads, but painfully aware that most First Nations communities aren’t nearly so fortunate. “After Pikangikum, I got quite angry,” Miller says. “And as a result of that I decided that we were going to start doing something more to help our people. So I told my deputy fire chief, ‘We’re not sitting back anymore.’”

With key support from, among others, the Office of the Ontario Fire Marshal and the federal government, Miller began looking into the sorry state of fire safety on Ontario First Nations, and trying to figure out what’s to be done about it. It’s part of a wider national picture. A 2011 federal report, obtained by The Canadian Press through access-to-information legislation, found that residents of reserves were 10 times more likely to die in a house fire than Canadians who live in any other town or city.

Miller has spent much of the past year working with the Ontario Native Firefighters Society, systematically probing the fire safety problems of Ontario reserves. Of course, situations vary widely. Pikangikum, which Miller visited most recently only late last week, offers a glimpse of how bad it can be. “They only have one kind-of, sort-of firefighter,” he says. “That’s the guy that can operate the fire truck, and he’s kind of been pushed into the role of being the fire chief. But they have no programming, no quality assurance, no policies or procedures, no standard operating guidelines, no recruitment, no fire prevention, nothing.”

Along with these daunting deficiencies, however, there’s the matter of ordinary smoke and carbon dioxide detectors. As part of a broader program, the federal government provided funding to Ontario First Nations Technical Services Corp. to deliver 1,015 smoke alarms to Pikangikum, two for each of its 507 homes—and Indigenous and Northern Affairs Canada told Maclean’s that shipment was confirmed to have been made to the band by Nov. 30, 2015.

Yet the Ontario Fire Marshal’s investigators found no trace of any smoke alarm in the ashes of the house that burned on March 29, 2016. Indeed, its investigation concluded there weren’t any in the house. Pikangikum’s chief did not respond to requests from Maclean’s for an interview on the subject. As for Miller, he says it’s far too easy for outsiders to find fault on this topic.

“I’ve heard that story too,” he says when asked about it. “People trying to go with the line, ‘Well, you had all these smoke detectors, why didn’t you have them installed?’ It’s not as simple as it seems. If you go and visit these communities, they have so many issues, whether it’s social, or water, housing, infrastructure.” 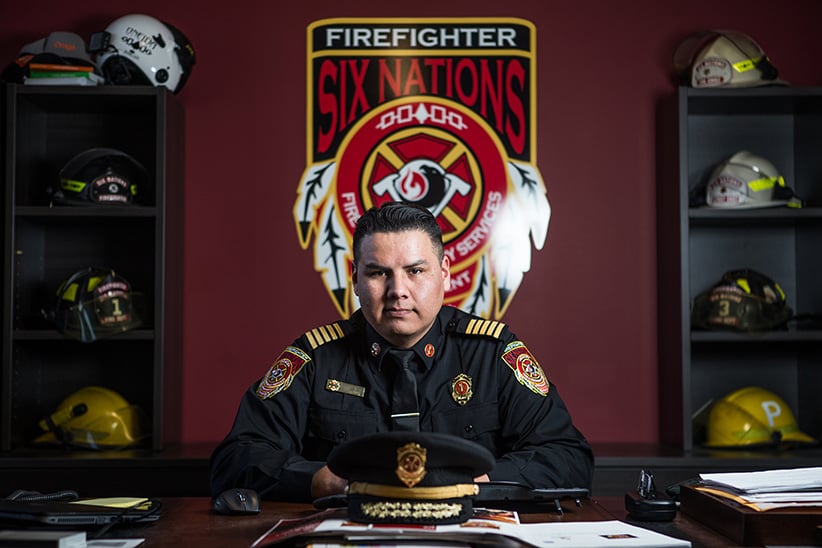 Miller isn’t denying that the situation is troubling. He spent all last week flying to remote Ontario First Nations, hitting three a day, in a tour that included his visit to Pikangikum. Many of these communities, he says, have had smoke alarms provided to them. “Unfortunately, what we found is a lot of detectors that didn’t get installed; they’re just sitting in storage,” he says.

He won’t hear of blaming local leaders, though. “This seems simple: Why don’t we do this? Things aren’t simple. In most of the communities it’s like—I don’t even know how to explain it,” he says with growing exasperation. “Can you imagine where it’s difficult to buy shoes or a T-shirt? People should understand that simple tasks aren’t simple in the North.”

But he isn’t throwing up his hands, far from it. At a special assembly of the Chiefs of Ontario, scheduled for May 2-4 in Ottawa, Miller and his colleagues from the Ontario Native Firefighters Society plan to present what they are calling the “Ontario Region Fire Protection Strategic Plan.” One key recommendation: creation of a shared fire and emergency services organization, similar to one that already exists for on-reserve police services across northern Ontario.

With its larger scale, Miller argues, the new agency would be able to bring to dozens of isolated northern communities modern standards, systems for maintaining firefighting equipment, and programs for recruiting and training volunteers. After a box of smoke alarms is delivered, there would be somebody to follow up to make sure they get properly installed. A project that aims to put two detectors in every house in Ontario’s southern, more accessible reserves, Miller adds, has already been launched.

The need is urgent. But the competition for attention is stiff. “First Nations across the board have many issues; they’re all important,” says Miller. “Like missing and murdered Indigenous women, policing issues, housing, infrastructure. But one thing that we found over the past year, visiting the Assembly of First Nations and the Chiefs of Ontario meetings, is that there is absolutely nobody pushing for fire protection in these communities.”

That has to change. Awful as Pikangikum’s loss a year ago today was, it was not unique. On Dec. 14, on the Oneida Nation of the Thames, southwest of London, Ont., a father and his four sons died in a house fire. Miller didn’t want to talk about it; half of his own family, it happens, hails from Oneida. Instead, he turned the conversation away from a tragedy that is all too familiar, and towards a strategy for actually doing something about it that is long overdue.