"At this point it's collect information as much as we can as fast as he can." 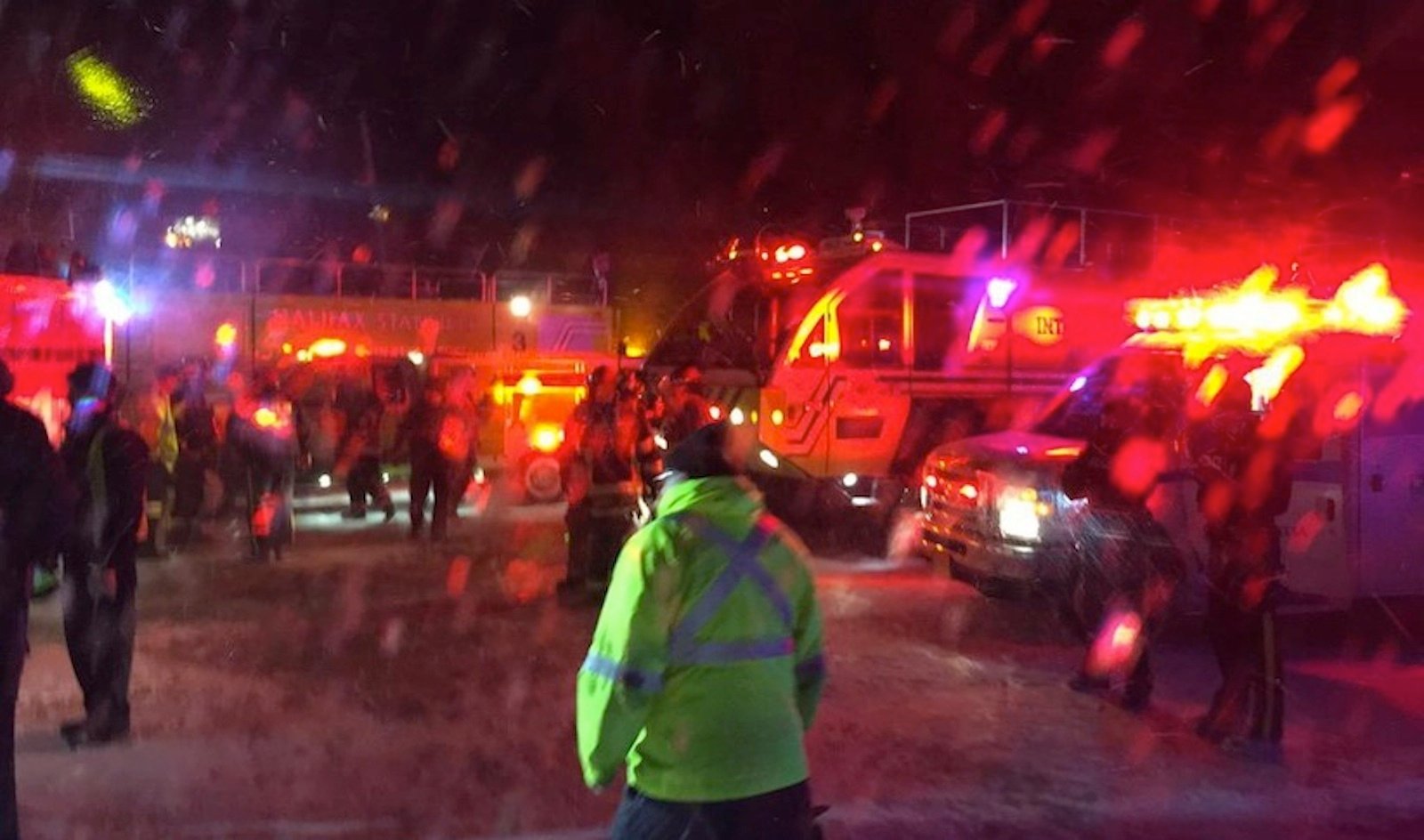 Rescue crews on the scene of the crash early Sunday morning in Halifax. (Mike Magnus, AP)

HALIFAX – Accident investigators will spend their first full day today at the scene of Sunday’s crash landing of an Air Canada passenger jet at Halifax’s airport.

The Transportation Safety Board expects its full crew of 12 to 15 investigators to be at Stanfield International Airport today.

The regional manager of air investigations, Mike Cunningham, says the main focus will be on surveying the accident site and recovering pieces of wreckage.

Cunningham says flight AC624 touched down about 335 metres short of the runway, ran into an antenna array where the A320 Airbus lost its landing gear, and then slid another 335 metres down the runway on its belly before coming to a stop.

The 133 passengers and five crew members all survived the crash, but some two dozen people were taken to hospital where most were treated for minor injuries.

Cunningham says it may take some time before investigators can determine the cause, and the focus today will be on gathering information.

“At this point it’s collect information as much as we can as fast as he can,” he told a Sunday evening news conference.

“First of all is the site documentation, because there’s things there on the site that if we leave them too long we might lose some of that information.”

The investigation team includes engineering experts and “human performance” specialists. There are also officials coming from the French accident investigation board and the manufacturer of the Airbus A320, Cunningham said.

He added the flight recorders have already been recovered and sent to Ottawa for analysis.