'I feel lucky I got the chance to come here'

Dakencia Naugler was outside when the earth started moving. She scanned her surroundings for something secure. The nine-year-old lurched to a section of concrete culvert—discarded near the orphanage in Port-au-Prince, Haiti, where she lived—and held on. “The ground was shaking so much,” she recalls. “I tried to run, but I couldn’t. I’d fall right back down every time I stood up, so I just decided to stay right there. Everyone else was screaming.”

For 11 nights after Haiti’s catastrophic 2010 earthquake, she and her four-year-old brother, Dieulando, slept under the stars in a nearby field, because their orphanage had half fallen down. They rode out the aftershocks. They lay soaking in the rain. They looked over the ruins around them—an estimated 160,000 dead, hillocks of debris where 250,000 homes once stood—and wondered what would become of them.

Dakencia was vaguely aware that a kindly woman who’d come to visit in the past had adopted them, and that someday, they were to travel to the woman’s home in the north. But now she doubted she’d ever see the woman again. Who could find them in this fetid mess? And what if someone came and moved them to another location?

What she couldn’t have known was how deep Melissa Naugler’s well of compassion ran, or how the disaster had redoubled her determination to find her newly adopted kids and bring them home to Moncton, N.B. Armed with freshly notarized adoption papers, Melissa spent frantic days working the phone, email and Facebook, scouring Haiti for contacts who might locate the children, beseeching the government in Ottawa to include them on an evacuation flight of Canadian citizens.

A couple of days in, her efforts paid off. She reached a former acquaintance from Moncton who was working in Haiti; he stopped by the orphanage and found the children. Then, a series of long-shot calls to then-immigration minister Jason Kenney’s office produced a minor miracle. The minister himself called and agreed to sign off on citizenships for the children and 24 other Haitian orphans caught in the same situation. Find a way to get the kids to the Canadian embassy in Port-au-Prince, he advised Melissa, and there’d be passports waiting for them. WestJet, meanwhile, stepped in and offered to fly the orphans out.

It was a bittersweet departure. Far from abandoning Dakencia and Dieulando, their birth mother, Termisil, had placed them in the American-run orphanage in hopes of finding them a better life (Haitian law at the time allowed international adoptions only through orphanages). Termisil had screened Melissa and her husband, Gerry, before agreeing to the adoption. She visited her children regularly at the orphanage while the paperwork went through. The earthquake only strengthened her resolve, but the siblings loved their mother, and as the plane lifted off, Dakencia was seized by regret. “I was frustrated and confused,” she recalls. “I knew I wouldn’t see my mom and family anymore.” 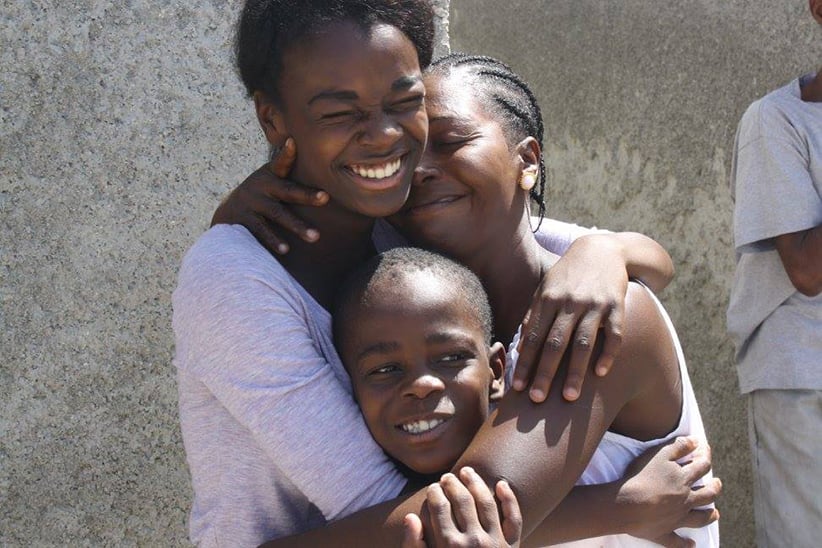 Adjusting to life in Canada wasn’t easy. Both children would hoard food in their pockets, Melissa recalls. Dakencia’s lack of English made school a challenge. She was possessive about toys—a habit she had picked up at the orphanage. And then there was the climate. “I remember the snow on the ground when we first landed,” Dakencia recalls. “There was a park near our house with a rink. I tried skating, but I wasn’t very good.”

The Nauglers provided limitless love. Melissa, her husband and their two biological children, Noah and Jerrica, welcomed the siblings, helped teach them English and introduced them to friends and to the joys of sports. Today, Dakencia is a soccer-playing 15-year-old with a love of singing and dreams of becoming a nurse or police officer. In short: a normal, well-adjusted Canadian kid.

Not to mention a thankful one. Last summer, the family made a return trip to Haiti, where they visited with the children’s biological mother and her extended family. Emotions ran high, Dakencia acknowledges—especially when she shared quiet moments alone with Termisil. But it gave her the chance to offer thanks. “Now that I’m older, I can see why she did what she did,” Dakencia says. “I can see what they go through in Haiti, waking in the morning, working so hard and worrying about whether they’re going to have enough to eat. I feel lucky—honoured—that I got the chance to come here.” — Charlie Gillis