After the van attack verdict, one giant sigh of relief

Image of the Week: The conviction of the killer delivers long-awaited justice to Cathy Ridell and other survivors of the deadly rampage 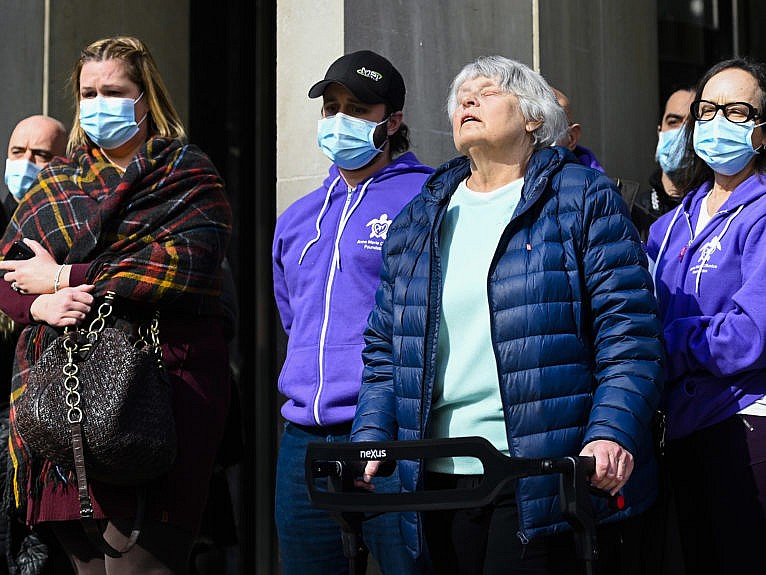 Survivor Cathy Ridell, second from right, takes in the sun as she stands with family and friends as they share a moment outside the courthouse after Alek Minassian had been found guilty on all 26 counts including 16 counts of attempted murder and 10 counts of first-degree murder for the Toronto van attack. (Nathan Denette/CP)

It’s been a long time coming. Almost three years have passed since drove a van along Yonge Street, killing 10 people and injuring 16 others; more than one year has slipped by since the trial of Alek Minassian was set to begin, back in February 2020, at the outset of the global pandemic. The trial was pushed to March, then April, then November. Finally, this week, Justice Anne Molloy handed down her ruling, finding Minassian fully guilty of 10 counts of murder and 16 counts of attempted murder. A life sentence, without the hope of parole for 25 years. After the news broke, one survivor—Cathy Ridell, who is visually impaired and literally couldn’t see the van coming—stepped outside the courthouse with her walker and, without a mask in the fresh air, basked in a moment of warm sunshine. Hers is an expression of pure relief. When the judge read out the decision, Ridell later told Newstalk 1010, “she was just checking off every box I’ve been dreaming about for the last… I don’t know how long.” Nothing can be done for the deceased, but it’s justice for the living.