Airbnb released data to try to convince Toronto that it isn't causing rising rental rates and housing shortages. It failed. 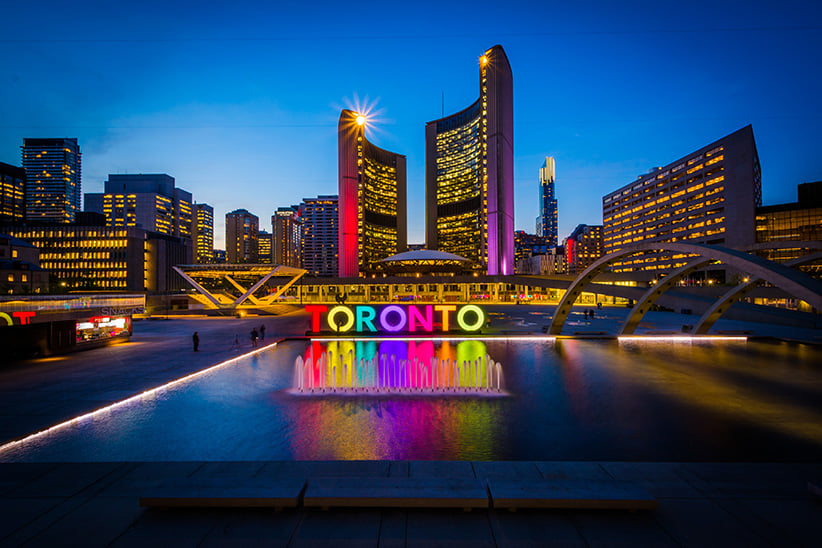 As it did to some controversy in New York City earlier this year, Airbnb released data this week regarding its hosts and rentals in Toronto, and Ontario as a whole. The release is part of what Airbnb calls its “community compact,” an initiative that includes stated commitments to “being transparent with our data and information,” as well as “working with our community to prevent short-term rentals from impacting the availability of long-term housing.”

That last point is one for which Airbnb has come under a lot of scrutiny, especially in places where the housing market is already stressed. Last year, San Francisco released a report that suggested Airbnb might be taking up as much as 40 per cent of the city’s rental market—a figure a city official said at the time was a “conservative” estimate. There have been similar worries in Vancouver. Meanwhile, in Toronto, Fairbnb, a national coalition of “homeowners, tenants, tourism businesses and labour organizations” (which declares that Airbnb is “invading” neighbourhoods) has labelled Toronto’s waterfront condo buildings “ghost hotels” for the number of apartments that sit vacant of permanent tenants.

On the surface, Airbnb’s new figures work to downplay the perception that its rentals are swallowing housing stock. The company points out that “out of 5.3 million total housing units in Ontario as of the year 2011, only 500 homes are listed for 270 days or more per year with Airbnb.” And in keeping with its recent marketing push (featuring billboards prominently displayed in downtown Toronto and, now, host testimonial ads in Vancouver), Airbnb states that Ontario hosts “earn modest, but significant, amounts of supplemental income from hosting,” and are “everyday people trying to pay the bills.” Additionally, the report states that “the vast majority of Airbnb’s Ontario hosts share their primary residence.”

Unsurprisingly, the majority of Airbnb’s 15,000 Ontario hosts are in Toronto; the city is home to 8,600 of them. Like Vancouver, Toronto is going through a stiff real estate squeeze, with average house prices hitting a new high in August. Airbnb explains its impact on housing, by stating that “almost 90 per cent of hosts have just one entire home listing,” and that 39 per cent of listings are “operated by hosts renting between one and 30 nights per year.”

However, other figures hint that there are potentially many listings in Toronto operated by a small number of people, but it’s difficult to ascertain what that number may be. For all its talk of transparency, Airbnb’s data report does not make that—or much else—easy to figure it out.

For instance, the report states that two per cent of Airbnb’s 8,600 Toronto hosts—just 172 hosts—had five or more whole home listings, which accounted for 13 per cent of all listings in the city in June 2016. But Airbnb doesn’t make it easy to contextualize that latter figure, because the report doesn’t list the total number of whole home listings available in the city during the same period—it just gives the percentage.

Maclean’s asked Airbnb to provide the total number of listings for June. The company did not. Instead, Alex Dagg, policy lead for Airbnb in Canada provided a statement that the numbers in the report, “in our opinion represent a transparent view of the current market, which is constantly changing.”

Inside Airbnb, a site that tracks listings in a number of cities worldwide, does offer a more specific breakdown of who’s renting what. Sure enough, Toronto Suite Rentals, which describes itself as “one of the largest privately owned management companies for short and long term, furnished accommodations in the Greater Toronto Area” is shown to have 64 listings. A company called Toronto Heritage apparently has 46. The profile page for Shaz and Kanwal, who apparently have 22 listings in Toronto, points to something called Royal Stays, a “recognized provider of luxury furnished residences for visitors and business travellers.”

Inside Airbnb’s data, from July, offers something else that Airbnb did not disclose in its data report: the percentage of all listings in Toronto that are for whole homes or apartments (in other words, not shared accommodation). Inside Airbnb shows that of the 10,207 total listings in Toronto in July, 6,340 were entire homes or apartments. In other words, 62.1 per cent of listings in the city weren’t just a room in someone’s house, but an entire apartment or home. 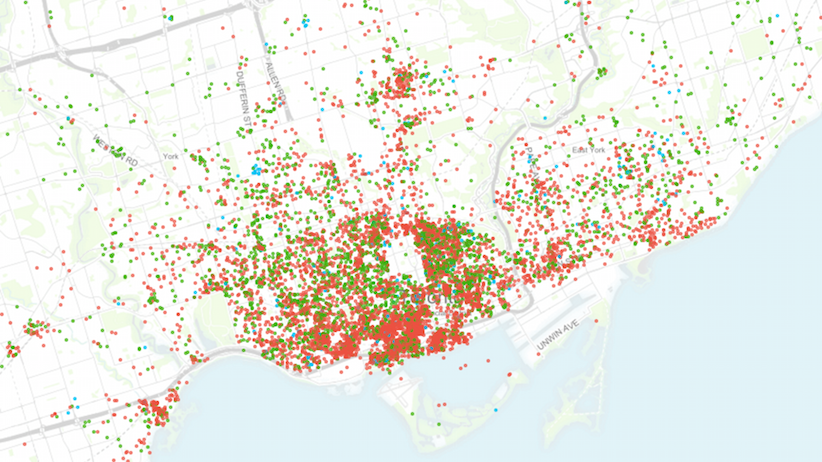 A screengrab from Inside Airbnb’s website shows the breakdown of listings on the site, by whole homes (red), private rooms (green) and shared rooms (blue)

Airbnb also does not provide clear figures with regards to how much hosts are making from their rentals. Airbnb confusingly equates listings with hosts when displaying annual earnings for 2015. Airbnb shows 36 per cent of listings earned between $1,280 and $2,560 in 2015, and a further 24 per cent of listings in Toronto earned somewhere between $2,561 and $6,390 in 2015. These figures are summarized in the report as showing what 60 per cent of “hosts” earn.

Again, there is no exact figure in the Airbnb data for the number of listings in 2015, but there is a figure for the number that hosted a trip “in the past year” in Toronto (though we don’t know the exact period that covers), which is 7,820. This suggests there may have been as many as 2,111 listings earning their hosts between $6,391 and $19,170 over the year, and perhaps as many as 860 listings in the city bringing in either close to or more than $20,000 on the year.

Dagg pointed out that the figures on the high range get “skewed” by luxury rentals in Toronto. “If you have a luxury condo that you list at $4,000 a night, you’re going to hit that bucket in 1½ nights. You do it five times, you’re in that $20,000 bucket,” she said.

Are there 860 luxury listings in Toronto that would account for those earnings? Airbnb does not provide details about the type of listing (luxury or not). How many of those listings earning more than $20,000 were boutique hotels, and how many were listed by a single person with multiple listings? We don’t know.

Does Airbnb know? While Airbnb stresses that its hosts in Toronto are merely people trying to pay bills to make ends meet, evidence from other cities suggests it might have a difficult time knowing for sure that each host really is a different person. In December, the New York Times found an Airbnb host who rented five separate apartments in Manhattan (each earning him $100,000 per year), only one of which was leased with his real name.

The concern for Torontonians looking for a place to live, or worried about rising rental prices, is similar to those raised in other cities: that the more short-term rentals from companies like Airbnb are allowed to proliferate, the tighter and pricier the real estate market becomes. The fear is, in short, that the city is being turned into one giant hotel. Airbnb’s recent data, while welcome, will likely do little to calm that.