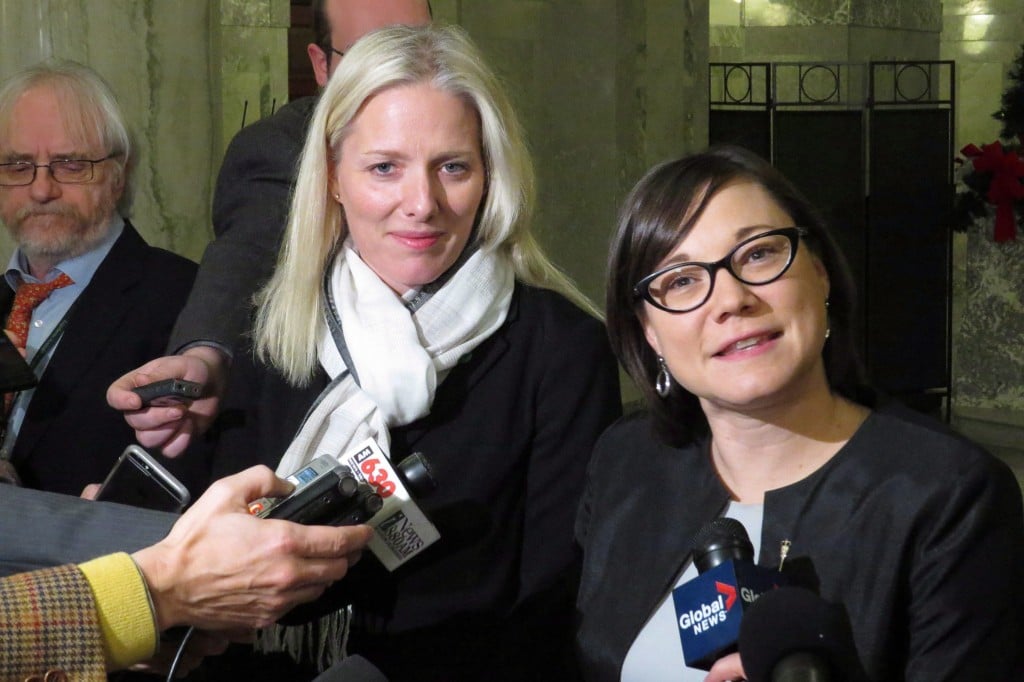 EDMONTON — Alberta has put forward legislation to implement its multibillion-dollar carbon levy, with new estimates hiking the cost to families to as much as $443 next year.

Opponents, however, estimate it will be about double that.

She said the levy will provide an incentive to go green and will be reduced as Alberta becomes more environmentally friendly.

Notley also noted with lower and middle-income Albertans getting rebates, there is a greater chance some of them will see a net monetary gain.

“The lowest income folks are the lowest users of energy,” Phillips told a news conference prior to introducing the bill in the legislature.

“They’re actually going to come out ahead.

“It (the rebate) will provide lower-income folks the wherewithal that they can make changes — whether it’s changing out a light bulb or other things — that they can do to keep even more of that cash in their pocket.”

Bill 20 implements some of the initiatives announced last November by Phillips and Premier Rachel Notley to reduce Alberta’s carbon footprint and to give it more environmental credibility when it pitches for oil and gas infrastructure like pipelines.

The bill sets out details of the carbon levy, which takes effect Jan 1 and will tax home and business heating bills along with gas at the pumps.

The government says low and middle-income earners, representing 60 per cent of Alberta households, will get a $360 rebate next year while another six per cent will get a partial rebate.

The rates and rebates will rise again in 2018.

In the April budget the government estimated the direct cost of the tax for a couple with two children to be $338 in 2017.

However,the government has now estimated the indirect cost of the tax, representing the expected amount that business owners will pass on to customers.

Opposition Wildrose Leader Brian Jean suggested the government was low-balling the estimates, saying he believes the cost to a family will be closer to $1,000 a year.

“This tax will be damaging to everyday Alberta families at a time when they simply can’t afford it,” said Jean.

Alberta Party Leader Greg Clark questioned the rationale of a tax that is to be an incentive to reduce fossil fuel use while delivering a full rebate for six out of 10 households.

“This starts to look more like a wealth redistribution tax than a carbon tax,” said Clark.

The legislation also reduces the small business tax rate to two per cent from three.

It establishes a new agency to raise awareness of energy savings and establish green programs.

Notley’s government has also promised to cap oilsands emissions and phase out coal-fired electricity by 2030. Those initiatives will be carried out separately and are not part of the legislation.

The government will raise $9.6 billion over the next five years from the carbon levy and from a carbon fee on large industrial emitters.

The money is to be plowed back into the economy, including $3.4 billion earmarked for large-scale green projects and $2.2 billion for public transit.