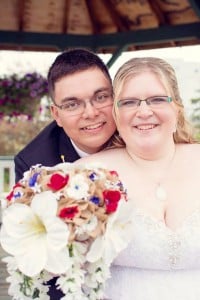 EDMONTON — An Alberta couple will have added reasons to celebrate when they mark their first wedding anniversary next month.

Bethani and Tim Webb of Hythe — 500 kilometres northwest of Edmonton — became the parents of four identical baby girls on Friday.

The naturally conceived quadruplets were delivered by caesarean section by obstetric and neonatal specialists at an Edmonton hospital.

The Webbs were told by a nurse during the pregnancy that the odds of having natural quads are one in 67 million.

Alberta Health Services says mother Bethani is recovering well from surgery and the babies are being care for in the neonatal intensive care unit.

The girls have been named Emily, Grace, McKayla and Abigail.