TD Bank report said it estimates Alberta's economy will contract 6.5 per cent over 2015 and 2016 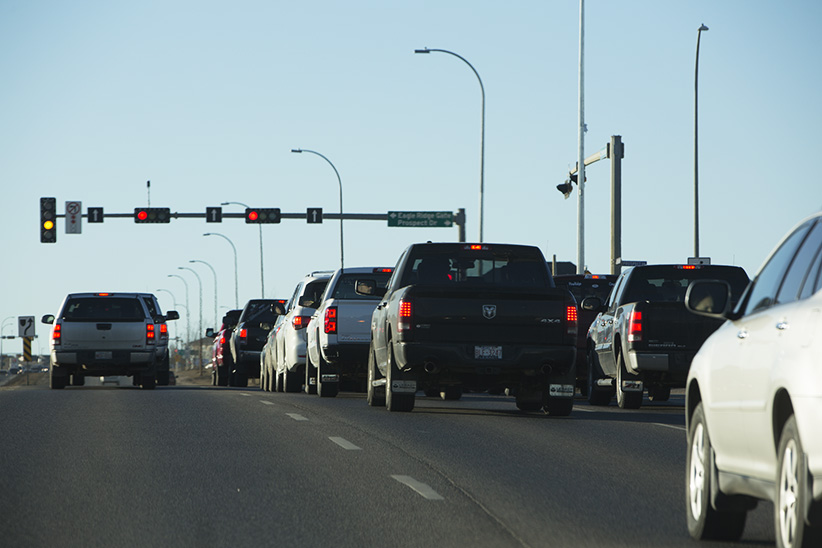 CALGARY — A new report says Alberta’s current recession is expected to shrink the economy by more than double the average of the past four recessions.

The TD Bank report released Monday said it estimates Alberta’s economy will contract 6.5 per cent over 2015 and 2016, which would widely exceed the 2.7 per cent average retreat of previous economic downturns going back to the early 1980s.

The estimate came after TD tripled this year’s expected GDP decline to three per cent, after factoring in the Fort McMurray fires and a higher than expected drop in industry activity.

“Based on our revised forecasts, the 2015-16 recession is likely to go down in history as one of the most severe using the GDP benchmark,” TD wrote.

The 2008-09 downturn approached the current recession in severity with a 5.5 per cent decline in GDP, but commodity prices quickly bounced back in early 2009, setting the stage for a renewed five-year period of prosperity, TD said.

That isn’t expected to happen this time, though. The bank says it’s expecting a weaker rebound than normal when Alberta finally starts growing again next year, as oil and gas prices aren’t expected to climb high enough to justify new projects.

While the current downturn is leading to the worst hit on GDP, TD still says that overall the early- to mid-1980s recessions were worse.

“While offering cold comfort to the many residents that are struggling this year, several of the key measures (notably within the job market) are pointing to a relatively less-severe outcome than that suffered through the back-to-back recessionary period in the 1980s,” TD wrote.

The hit of the 1982-83 and 1986 recessions in quick succession — combined with high interest rates at the time — led to much higher unemployment and much more severe housing price corrections, TD said.

Meanwhile, the impact of the current recession has been somewhat reduced thanks to the low Canadian dollar, the longer-term nature of oilsands projects, the strengthening American economy and low interest rates.

But those factors haven’t led to a quick rebound, with TD estimating that this recession will last about two years, matching the 1982-83 downturn as the longest since the Second World War.