EDMONTON — The Alberta government is bringing in a former Bank of Canada governor to help develop a plan for building infrastructure.

Premier Rachel Notley says David Dodge will review Alberta’s capital plan and advise on the best level of spending and building over the next four years.

Notley says she also will ask Dodge how much deficit financing, if any, should be used to pay for it. 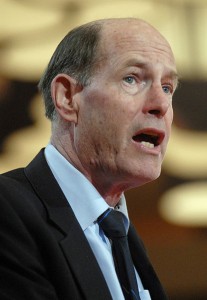 Dodge is to deliver his report to Infrastructure Minister Brian Mason, who will use it to help craft the capital spending part of the budget.

That budget is to be tabled in October.