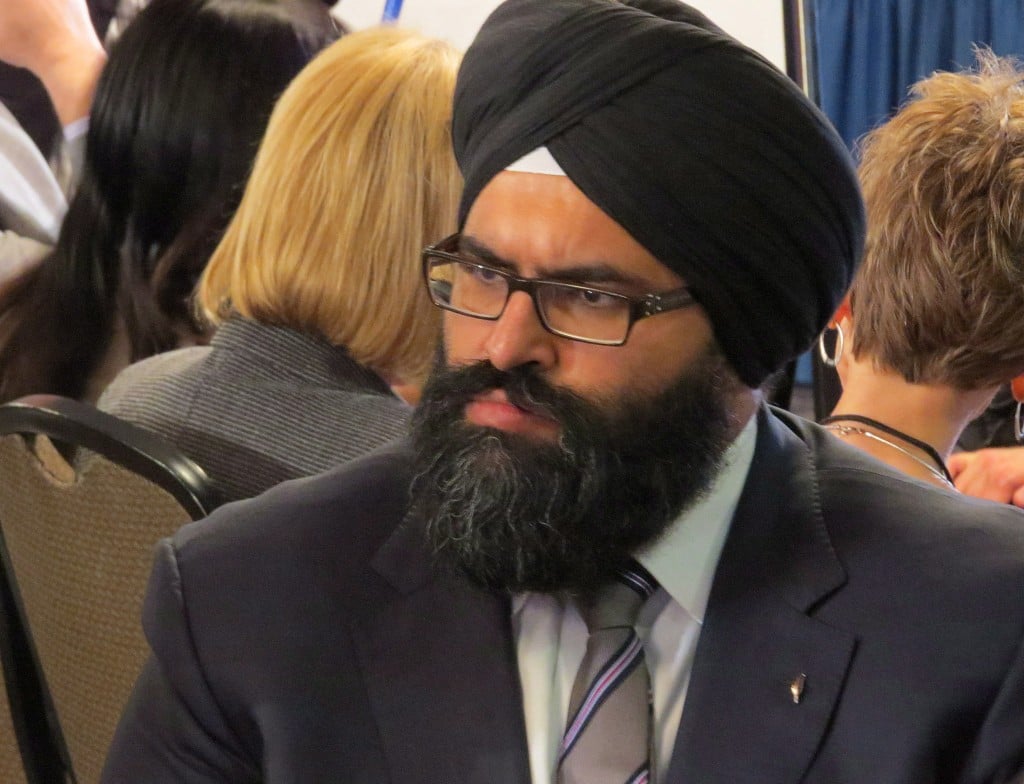 RED DEER, Alta. — A Conservative member of the Alberta legislature has been killed, apparently after stopping on an icy central Alberta highway to help a motorist whose car had flipped in a median.

RCMP did not identify Bhullar but issued a news release about the death of a 35-year-old man on Monday afternoon on the Queen Elizabeth II Highway north of Red Deer.

RCMP said a vehicle lost control and rolled, and two other vehicles stopped on the shoulder of the highway to assist.

RCMP said the man was seriously injured and taken to hospital but later died of his injuries.

A winter storm hit much of Alberta on Monday, resulting in icy roads and blowing snow.

Interim federal Conservative Leader Rona Ambrose tweeted her condolences, saying “we have all lost a friend.”

Nenshi said he was “devastated to hear of the death of my friend and incredible public servant.”

He called Bhullar “a big man with a giant heart … a man who defined integrity, who was genuine in everything he did, who never stopped fighting so that everyone could live a life of dignity.”

Bhullar had been in Calgary attending the launch of a research project on the Alberta Men’s Survey, which will study men’s thoughts on personal well-being and healthy interpersonal relationships.

Bhullar was one of only 10 Conservatives to win re-election this spring when the party was swept from power by the NDP.

“On our last lunch, he told me about how being in opposition wasn’t all bad,” said Nenshi. “It gave him the time and capacity to work on issues that were very close to him, including the plight of Sikhs seeking to escape Afghanistan.

“I always looked forward to our long lunches over vegetarian Hakka Indian food and chai in our neighbourhood, talking politics and community and religion and pluralism and life,” Nenshi said of Bhullar, who was a Sikh.

“He was one of the finest men I have ever met in politics, or anywhere.”

Bhullar, who was born in Calgary, was first elected at the age of 28. He was the minister put in charge of the Tory government’s file on the deaths of children in care, bringing in changes that were prompted by a Postmedia newspaper series that revealed gaps in child death investigations and the frustration of families who couldn’t talk publicly about the their loved ones because of an automatic ban on their identities.

Following the series, Bhullar released information that showed hundreds of children had died who had previously been in care, were in indirect care, or had injuries under investigation.