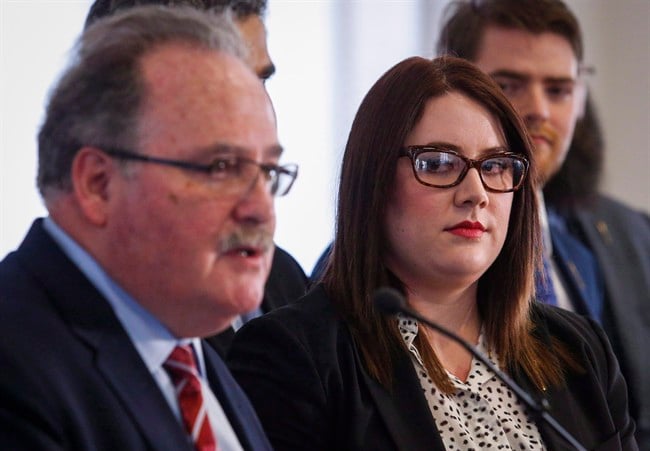 EDMONTON – The Alberta government has approved insurance for ride-booking companies like Uber, but it’s not available yet.

Transportation Minister Brian Mason said Monday that the insurance likely won’t be ready until June, or by July 1 at the latest.

“What we’ve done is taken the time to do due diligence and ensure that there’s no loopholes,” Mason said.

“That in fact, if a passenger is injured in an accident involving an Uber vehicle, the insurance company is not going to be able to say, ‘you’re not covered.'”

California-based Uber is an app-based business that allows people to request rides over their phones and sets them up with drivers in their personal vehicles. Getting an Uber ride is typically cheaper than taking a taxi.

Cities across the country have been debating how to handle Uber.

In January, Edmonton became the first jurisdiction to legalize the new industry, and a bylaw is to come into effect Tuesday, with conditions including provincially approved insurance, vehicle inspections and fees. Calgary city council also recently passed a bylaw which could start in April.

Ramit Kar, general manager for Uber in Alberta, said at a rally of supporters on the weekend that the company would stop operating in Alberta unless the government quickly made insurance available.

Kar released a statement Monday saying Edmonton’s mayor and city council could delay the bylaw until the insurance is available “and support thousands of local families who rely on ride-sharing as a way to earn or travel affordably.”

Mayor Don Iveson said there would be no delay in the bylaw and Uber will have to shut down.

“If they operate without insurance, they’re going to be in a lot of trouble tomorrow,” Iveson said.

Mason said it shouldn’t come as a surprise that the insurance is coming later.

“We’ve always been working along the basis that the insurance product wouldn’t be ready until June or July. I believe Uber and the city have been aware of that.”

In addition, the province is requiring ride-hailing drivers to get criminal record checks and have at least a Class 4 driver’s licence, which is a commercial licence.

Uber had fought the licence requirement, which is part of Calgary’s bylaw, and argued its drivers should just have a regular Class 5 licence. A Class 4 licence requires more training and knowledge in areas such as defensive driving, driver fatigue and dealing with disabled passengers, Mason said.

“Whether it’s full or part time, commercial drivers have a responsibility for their passengers which requires the appropriate level of skill and road knowledge,” he added.

“My top priority is to ensure that passengers as well as drivers are safe.”

Edmonton company TappCar, set to launch in the city in March, is hiring a mix of former Uber and taxi drivers and other professional drivers laid off from the oilpatch.

Spokesman Pascal Ryffel said the government regulations won’t delay the company. Its drivers will all have at least Class 4 licences and full commercial insurance similar to that for taxi drivers, he said.

“We always went under the assumption that these are the rules.”

— With files from CHED