Relatives say they have questions about Pte. Steven Allen's death, but are too distraught to publicly ask them now 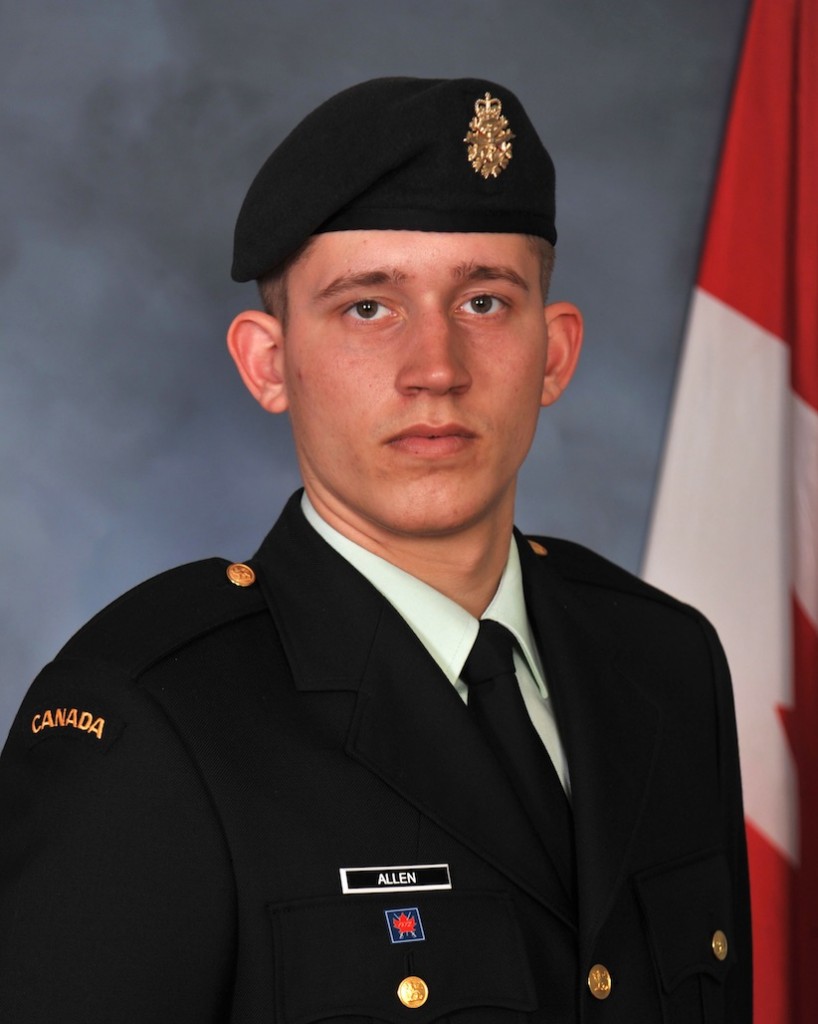 WAINWRIGHT, Alta. – The relatives of a young soldier killed in Alberta say they have questions about how he died but are too distraught to publicly ask them now.

Pte. Steven Allen was standing in a lookout tower at the Canadian Forces training base in Wainwright, when the structure collapsed Monday. The 20-year-old from Victoria later died in hospital.

Another soldier who was also in the tower at the time was treated for minor injuries.

A military spokesman has said the wooden tower was perched on top of a metal storage container. He provided no other details as the circumstances of what happened are under investigation.

“We are heartbroken and have many unanswered questions about how this accident occurred,” Allen’s family said in a statement Friday.

“These tragic circumstances have taken us all by surprise. In the future, we will be more than willing to discuss the circumstances regarding this tragedy. However, at the moment, we ask for some privacy so that we can continue our grieving process.”

The family said it was Allen’s dream to serve his country and, despite many obstacles, he never gave up.

He joined the military last fall and completed his basic training earlier this year. He was training at Wainwright to become a fully qualified infantry soldier in the regular forces. His family said he was a member of the 2nd Battalion Princess Patricia’s Canadian Light Infantry based in Shilo, Man.

“During the past year, Steven transformed from a boy into the man that we all know and are so proud of. He was strong, brave and happier in this last year than ever before. When he joined the Forces, he gained a whole new family and we want to acknowledge his military brothers and sisters and the loss they are feeling right now.

“He died a soldier, a warrior. We love you Steven.”

Allen is the second soldier to die this year while training at CFB Wainwright, about 200 kilometres southeast of Edmonton. Lt.-Col. Dan Bobbitt was killed when the light armoured vehicle he was in rolled during training manoeuvres in May. Four other soldiers were hurt in the same accident.