Alberta updates its flooding numbers as storm peters out 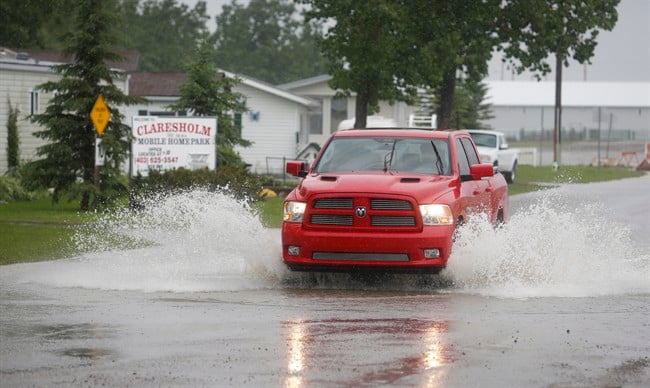 The Alberta government says as many as 500 homes have experienced some sort of flooding because of heavy rains in the southwestern part of the province.

On the Blood reserve, about 200 kilometres south of Calgary, 130 homes have flooded and 350 people were forced to leave.

In Lethbridge, 300 homes have been damaged, most due to sewer backups.

In Claresholm, a town of 3,800 about 130 kilometres south of Calgary, as many as 40 homes have damaged by rainwater that overwhelmed sewer systems.

Forecasters says the storm that has soaked the area for most of the week is petering out and it’s now a matter of monitoring the rivers as they crest.

Stephen Carr, with Alberta Emergency Management Agency, says the province is very fortunate things worked out the way they did.

Alberta is preparing to mark the one-year anniversary of a flood that forced 100,000 from their homes in Calgary and surrounding area and did an estimated $6 billion in damage.